Invasive hydrilla plant gets pushed back 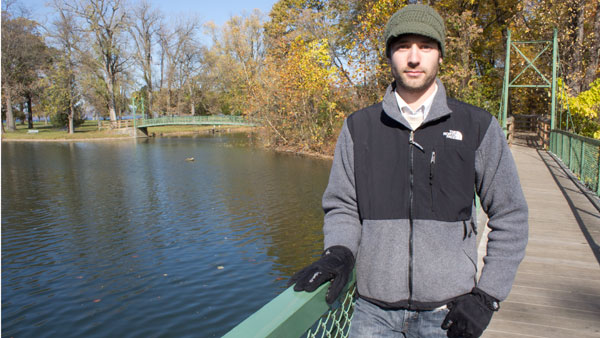 More than two years after making its way into the Cayuga Inlet, the aquatic invasive species of plant known as hydrilla verticillata is finally being driven out of the Ithaca community.

Isolated patches of hydrilla were found Aug. 8 in a new area of the Cayuga Inlet and in the Fall Creek area. On Aug. 21, three more patches were found. The Hydrilla Task Force of the Cayuga Lake Watershed, a group dedicated to studying and preventing the growth of hydrilla, closed down the area for 36 hours on Sept. 26 to conduct a one-time herbicide treatment to kill the plant and prevent growth.

Integral to helping identify the new patches of hydrilla were volunteer Hydrilla Hunters. A public meeting 7 p.m. Nov. 12 at the Tompkins County Public Library will serve as a year-end “thank you” to all the Hydrilla Hunters and provide a recap of the hydrilla season this year.

Known to grow in almost any freshwater environment, hydrilla is invasive to waters in the United States. The plant, which was first found in Ithaca in 2011, blocks sunlight from reaching other plants in the area. Blue-green algae also eats the hydrilla, which takes the oxygen out from the water it is inhabiting.

Roxy Johnston, watershed coordinator for the City of Ithaca, said the response to the initial outbreak in 2011 was difficult because no state or county regulations were in place to address the problem.

“It was just about an all hands-on-deck kind of response, anything that you can do, and we did actually use some of the crisis management infrastructure just like you would with natural disasters,” Johnston said.

James Balyszak, hydrilla program manager for the Hydrilla Task Force, said during the procedure, divers working within netted barriers removed the patches of hydrilla by hand then placed benthic mats to prevent more growth in the area. The mats restrict sunlight from reaching the bottom of the lake.

“We didn’t want to opt to go with a herbicide treatment within the lake because it’s a very large body of water,” Balyszak said. “Dilution of the chemicals, the dilution effect of the water current and the wind currents, would have been so great that it wouldn’t be an effective treatment.”

Balyszak said the treatment has been effective thus far.

Dan Robinson, head coach of the Ithaca men’s crew team, said the crew team has not been affected by hydrilla in the lake since 2011, when the city recommended no one access the water for four weeks because of the invasive species.

In fact, Robinson said the rowers have not had problems with steering since the Hydrilla Task Force began the treatment because there have been fewer aquatic plants in the lake.

“The herbicide treatments have definitely killed the other seaweeds and the millfoil and all the other stuff that have been following our steering mechanisms for years,” Robinson said.

Through his research of hydrilla since 2011, Robinson said now he knows how to identify the plant. He also said the team is more cautious about cleaning the boats to avoid spreading the hydrilla when transferring them to and from other lakes and when going to tournaments.

Samantha Epstein ’13, intern at the Water Treatment Plant, said she has been volunteering doing outreach at the Ithaca Farmer’s Market on Saturday mornings, teaching people about how to identify and prevent the spread of hydrilla. She has been working with Lee Ann Hill ’13 during a summer internship, but Epstein’s internship has been extended until December. Both alumni interned at the Water Treatment Plant during their sophomore year at the college during a course called “Environmental Science and Technology.”

“We teach them how to keep their boats clean, what are the proper boat practices and what to look out for on the docks and around the lake,” Epstein said.

Hydrilla has impacted not only the community surrounding the bodies of water, but also the economies of the area too. Epstein said she is currently doing research to look into how hydrilla directly affects Ithaca’s economy.

Balyszak said the community can help prevent the spread of hydrilla by learning more about the invasive plant.

“It really goes a long way into changing people’s mindsets about invasive species and what they can do to prevent the spread and be knowledgeable so they can basically spread the word and not the plant,” Balyszak said.