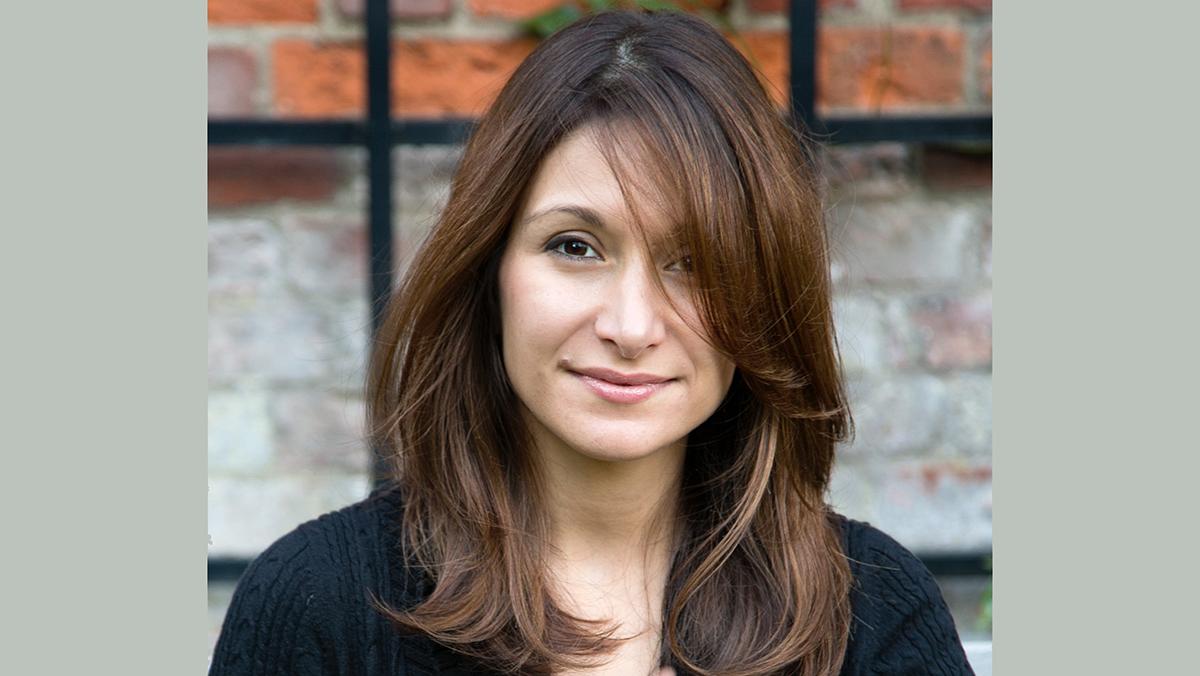 Courtesy of Dina Nayeri/The Ithacan
Dina Nayeri, an Iranian American novelist whose work often revolves around the refugee crisis, has been published in over 20 countries.
By Olivia Stanzl — Assistant News Editor
Published: March 10, 2022

Author Dina Nayeri, an Iranian American novelist whose work often revolves around the refugee crisis, spoke about the challenges refugees face and how her work has helped expose these issues at a March 7 event that is part of Ithaca College’s Distinguished Visiting Writers series.

Nayeri, whose work has been published in over 20 countries, wrote “Refugee,” “A Teaspoon of Earth and Sea” and “The Ungrateful Refugee,” which won the Geschwister-Scholl-Preis and was a finalist for the Los Angeles Times Book Prize. Her visitation is part of the Distinguished Visiting Writers series, a one-credit multi-genre course in the Department of Writing where students study writing genres with three visiting writers. For Spring 2022 the program worked with Sandra Lim, Chanelle Benz, and Nayeri.

Junior Matthew Gardener is a writing major and introduced Nayeri and said reading her work has inspired his own writing.

“The way she describes … with intense emotional merit is inspiring and something I hope to replicate in my own writing,” Gardener said. “Reading this book has made me appreciate and see how important it is to read from other cultures and methods of writing to become a better writer myself.”

Gardener said Nayeri’s work also exposed him to a different writing style than what he has been taught in his courses at the college.

Seniors Kate Delaney and Evan Land co-hosted the Q&A portion of the event which took place after Gardener’s introduction. Delaney and Land asked their own questions and questions submitted by audience members. Land first brought up the Russia-Ukraine war.

“There’s a refugee crisis currently going on right now in Ukraine,” Land said. “What differences and similarities does it have with the Iranian refugee crisis and with Iraqi refugees and Syrian refugees? How do you contend with publishing a book about an issue that’s always evolving and changing?”

A refugee is a person who has fled to and crossed over international borders in order to find safety because of war, violence, conflict or persecution. Leaving what they have behind, many refugees have little to no access to literature. Despite this shortage, literature is greatly fueled by refugee crises. Writers like Viet Thanh Nguyen, Edwidge Danticat and Dinaw Mengestu all write work that is inspired by the refugee crisis. There are currently more than 82 million refugees and displaced people around the world, according to the International Rescue Committee.

Nayeri said that the refugee crisis and crises of displacement are not new, and that there is a constant pattern, no matter the countries the refugees come from, that makes the ever-evolving issue similar.

“Powerless people are thrown out of their homes, they’re killed, they’re separated from their families, they are harmed and starved,” Nayeri said. “And then when they arrive at our borders, they’re disbelieved, that’s the pattern, and it continues that way. And it’s in those ways, … in the most human and singular ways, they tend to be the same.”

Nayeri said her work is able to help the miscommunication and disbelief between refugees and those who grant citizenship.

“I suppose that what I could give to these people is to translate their stories to Western modes so that they could make themselves understood on an emotional level to the Western reader,” Nayeri said.

Nayeri said that even from childhood the cultures teach to tell stories differently, which impacts people from different cultures to communicate on a cultural level and be empathetic towards one another.

This difference leads people, especially asylum officers, to not believe the refugees.

“What ends up happening is a lot of refugees come to our borders, and they tell their stories in their particular way and they’re disbelieved because we are hardwired for the Western way of storytelling,” Nayeri said. “And the asylum officers, of course, they’re not just hardwired for Western storytelling, but they’re also incentivized not to believe and to send people away.”

Nayeri said her work focuses on individual refugees rather than issues as a whole.

“I think it’s not so much about keeping up with the larger kind of macro story and trying to understand how this crisis is compared to that one, as much as it is about each of the particular stories and their particularities,” Nayeri said. “In those ways, when I look at the stories across time, there’s just so much that resonates, that continues the same way again.”