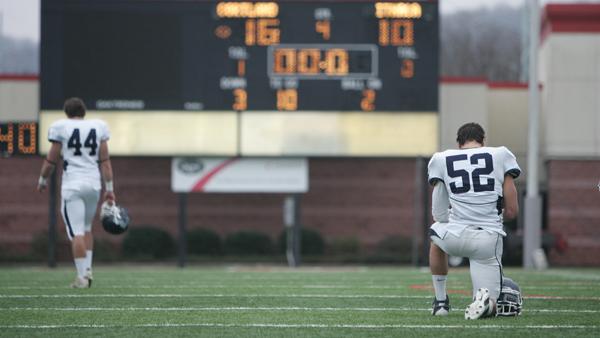 Ithaca senior running back Clay Ardoin was stopped on fourth and goal with less than a minute to play to seal the game for Cortland.

The Bombers finish the 2012 season with a 6–4 overall record, while the Red Dragons extended their winning streak to eight games and improved their chances to host the first round of the NCAA Division III Championships. Ithaca now leads the all-time series 39–29–3, but Cortland has now brought home the jugs in three straight matchups.

Below are updates on Cortaca from The Ithacan’s Storify account: