After minimal use by the Ithaca College community, the Ithaca Carshare car was moved during winter break from its on-campus location to South Hill — on the corner of Hudson and Columbia. 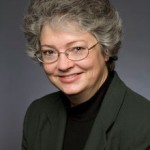 Brown said the campus use of Carshare was consistently low.

To justify its location, the car must maintain a certain usage level — essentially enough to pay for itself. Marian Brown, special assistant to the provost for sustainability, said despite marketing efforts, campus use of the Carshare car was consistently below par.

“We had this long history of not hitting those marks, semester after semester,” Brown said.

Jennifer Dotson, executive director of Ithaca Carshare, said the organization’s officials thought the campus would be a good location.

“We tried that for about three and a half years and found that actually we weren’t seeing usage that we wanted to see,” she said. “Part of that is we want to see the car paying for its own expenses, and part of it really is that we want to see that we’re serving people.”

Ithaca Carshare began in 2008 to provide access to vehicles on an hourly basis. Members reserve a vehicle to drive around town, returning it to the same location at the end of their reserved time.

To encourage Carshare use, the college budgeted funds to underwrite membership costs for students, faculty and staff. During the 2010-11 academic year, 20 faculty or staff members and 28 students took advantage of the program, according to the Ithaca College Statement of Pre-Payment Account for Ithaca Carshare. Even with the move from Textor Circle to South Hill, the college will continue to underwrite costs.

Govind Acharya, a research analyst at the college and a Carshare member, said he has been impacted by the location change but will continue his membership.

“The loss of the Carshare  means that I probably will have to drive more to work. Normally I bike to work,” Acharya said. “It’s nice to have the car so I can just zip downtown, do whatever I need to do and come back up.”

A similar situation occurred at Cornell University. Dotson said because the car located on campus was not being used often enough, it was moved off campus to a more residential area of Collegetown, and usage increased significantly.

“It looks like students are definitely continuing to use it,” Dotson said. “There’s a lot of students who do live farther down on South Hill. It’s a good opportunity to serve some of the upperclassmen who are moving around the community more.”