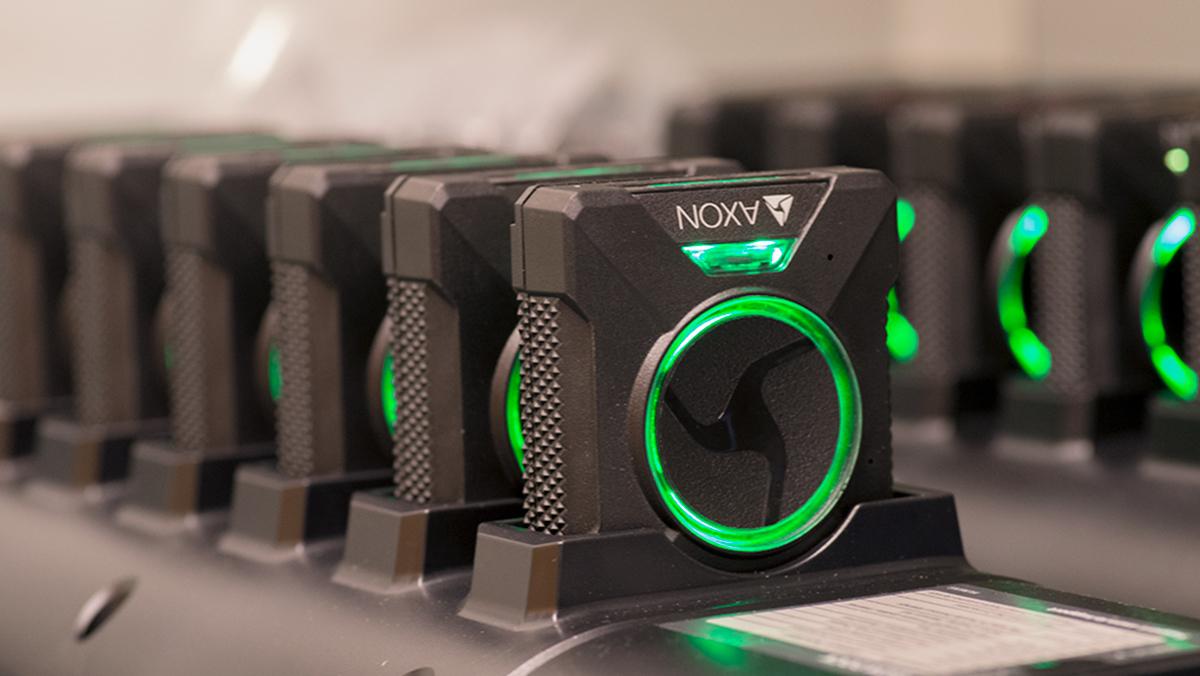 On April 5 and 6, a panel of speakers addressed the campus community about the new policy and how it would be implemented at the college. The college has created a number of goals and guidelines surrounding the cameras, tackling issues of transparency, privacy concerns, public disclosure of footage and misuse of footage.

The policy states that officers will record all enforcement-related calls, including noise complaints, lock-out calls and other “service-related” calls from students and staff. The guidelines list also states that officers should state that they are recording, but since New York state is a one-party consent state, officers do not have to get consent from all parties.

Officers have the authority to choose to stop recording if and when they see fit, especially for situations including sexual assault, domestic abuse or personal privacy matters. Officers must have sound reasoning behind turning off their cameras and must document why the camera was turned off, said Bill Kerry, director of Public Safety.

In August, Upturn and The Leadership Conference on Civil and Human Rights released a scorecard of body camera programs in 50 U.S. cities. The scorecard established eight criteria to judge body camera policies, five of which the college’s policy meets fully: that departments must delete unflagged footage within six months, that those filing police-misconduct complaints may view relevant footage, that cameras may not have facial recognition technology for privacy service, that only authorized personnel may access any recorded footage and that the policy is publicly accessible. Three criteria were partially met by the college’s policy: that it should require officers to write a report or statement before the footage is reviewed for all incidents, whereas the college’s policy only would require this under special circumstances, such as with complaints of misconduct; that victims of sex crimes should not be recorded without consent, which the college’s policy does not require but suggests the officers use their discretion; and that the policy explains when officers must record and requires them to provide justification when they do not, whereas officers at the college are given the discretion to stop recording but not required to provide concrete justification for doing so.

Tracy Mitrano, academic dean of the University of Massachusetts’ trust assurance and cybersecurity programs and former Ithaca College professor, said she thinks this policy is ahead of the curve in terms of its definitions of use and limitations.

“I think that it is a model policy for higher education at large on this point of the use of body cameras by law enforcement on a college campus,” she said.

Syracuse University established a body-worn camera program and policy in Fall 2015, as did Cornell University in February of this year. However, none of the schools in Ithaca College’s common data set peer group have body camera policies published on their websites.

The college’s policy also states that public disclosure of the body camera footage will be limited and only released to the public by request on a case-by-case basis.

“There can be situations where footage is released not through Public Safety, but we would know about it,” Kerry said.

Kerry explained that the software on the body-worn cameras automatically uploads and categorizes footage from the cameras. Extreme situations, including arson and death, are permanently stored in the cloud, while smaller misdemeanors, like traffic citations and non-arrest police contacts, only remain for 12 months, he said. In between those two extremes are medical assists including illness, injury and psychological situations that remain in the cloud for five years before automatically deleting.

“At the end of a shift, the officers are required to put the cameras back on the docking station,” Kerry said. “The station charges the device, but it also pulls the content and puts it in the cloud. After officers dock the cameras at the end of a shift, they categorize any footage they shot. Supervisors have access to the videos, but only a few supervisors have access to that. The footage cannot be deleted or tampered with from the camera.”

The cameras are meant to offer supporting details regarding incidents, but they will not be able to recount every detail, Kerry said.

“The thing that the cameras don’t capture are human emotion,” Kerry said. “The cameras are a tool to help us stay accountable.”

To demo the camera, Kerry walked around the room and let students at the meeting look at it. The camera is about 5 inches across and 2 inches thick and has magnets that secure it to the officers’ uniforms.

The college has cameras for each of the 22 sworn members of the department, plus two spare cameras in case of breakage, Kerry said. He also said the total program cost $30,000 for the first year and that the college has a three-year contract that will end up costing $70,000.

Rory Rothman, associate provost  for student life, said the administration and Public Safety alike were excited about the rollout of the cameras on campus.

“One of the reasons this is exciting is because this is something that the community wanted to see happen,” Rothman said. “It is supported by students, staff and faculty, and it is really nice to see something supported by all the constituencies coming in.”

Administrative Lt. Tom Dunn said the cameras will not have any effect on the college’s Medical Amnesty Policy, and given the situation, officers may decide to turn cameras off to protect privacy.

Senior Melanie De Lima said she was skeptical when the camera policy was first introduced and confused when the rollout took longer than initially pitched.

“I was a little surprised,” De Lima said. “I knew that this was in the plans, but I didn’t think that it would take so long … but then I was also looking forward to it, so I could see what was happening and what it was about, overall.”

Technology raises the stakes for every industry, Mitrano said, not just body cameras and policing.

“There is nothing about technology that is good or bad, inherently,” she said. “It is how it is used, what the rules are around it. Technology itself is never good or bad.”