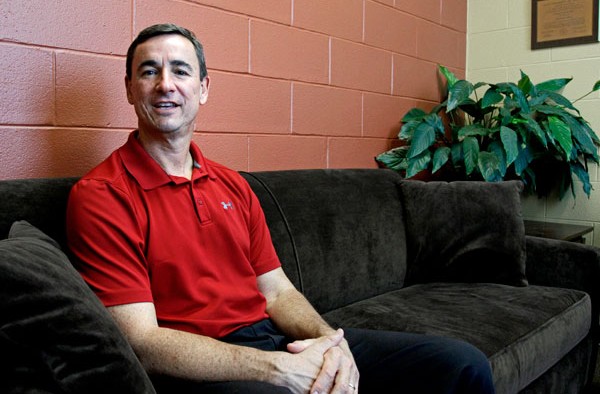 Rachel Woolf/The Ithacan
Mike Leary, assistant director for judicial affairs, said he is positive about the impact the protocol will have on the tone of alcohol and marijuana on campus.
By Candace King — Assistant News Editor
Published: August 28, 2012

Beginning this semester, students will face equal penalties for alcohol and marijuana use at Ithaca College. The new protocol is the result of a joint effort between the Students for Sensible Drug Policy and Student Government Association. The proposal for the Equal Drug Policy was introduced last year by senior Evan Nison, president of SSDP and Ben Malakoff, ’12, public relations officer of the SSDP. SGA endorsed the initiative last October with a 14-2 vote.

Malakoff said the policy will allow students to make informed decisions based on health and social consequences, rather than the severity of penalty.

“We’re not advocating that one substance is safer or should be used over the other, but they should be treated in a similar manner,” Malakoff said. “Students should have the ability to make the decisions based on fact-based evidence rather than their fear of being punished more for one versus the other.”

Previously, sanctions for marijuana possession were stricter and included a semester on probation, which prohibits students from studying abroad or becoming a resident assistant, and mandatory participation in an online course, Marijuana 101. If a student received a second marijuana violation, they would be placed on a year of probation. The penalty for a first violation for underage drinking, however, was a written warning.

Under the new protocol, judicial sanctions for both offenses will emphasize education and healthier choices. The first violation for underage drinking or unlawful possession of marijuana will be a written warning, along with a scheduled meeting between the student and a hearing officer. The student will also have to enroll in and complete a web-based education program that has a $50 fee.

According to Nancy Reynolds, health promotion center program director, medical amnesty will continue to be in effect for both alcohol and marijuana cases when students calls on behalf of themselves or another student.

Michael Leary, assistant director for judicial affairs, said he hopes this change will decrease high risk behavior with substances like alcohol and marijuana.

“Our goal is to cut down on high-risk drinking and help students be successful,” Leary said. “It’s that balance between we’re going to hold people accountable, but we also want be to be safe and healthy and make good decisions.”

According to New York legislation, private possession of less than 25 grams of marijuana is considered a non-criminal violation. Under this law, first-time offenders will face a penalty of no more than $100. If the violation was made in public, it becomes a Class B misdemeanor.

According to Leary, as a private institution, the college can interpret New York state law and make independent decisions based on what fits best for the college, while also complying with federal law. With alcohol and marijuana violations, the college is still following state and federal law.

Though he is content with the decision, Nison said, there was one recommendation that was not addressed — the manner in which both substances are handled, particularly with resident assistants.

Leary said the decision not to allow resident assistants to address marijuana violations was made around 20 years ago. The concern over the disposal of the substance was a contributing factor in this decision.

“With alcohol, RAs can ask a student, ‘Can you please dump the alcohol out?’ — which they’ll do,” Leary said. “But with marijuana, there were some questions about should we have RAs asking students to dump the marijuana down the toilet. What if someone has a bong or a pipe? How do we dispose of that? We really didn’t want RAs to be handling that. We felt that was more of a role for a police officer.”

Senior Liz Kloczkowski, a resident assistant in Terrace 9, who said she is confident in handling marijuana cases, said it would help to diffuse the situation more smoothly without scaring the student.

“It might actually be a plus for the students,” Kloczkowski said. “They might be dealing with an RA who is probably going to be understanding versus a police officer — who might be nice,  but it’s still a scary situation.”

Ithaca College is not alone in amending its policy for drug equalization. Last February, the University of Connecticut equalized sanctions for alcohol and marijuana violations shortly after it was decriminalized in the state.

Yifrah Kaminer, professor of psychiatry and pediatrics at the University of Connecticut, said though he believes the policy is a fair change, students should still consider the effects of the mind-altering drug.

“Marijuana is not as innocent as some people would like it to be perceived,” Kaminer said. “What we know is that when harmfulness perception goes out, use is going up.”

Stacia Cosner, associate director of the national Students for Sustainable Drug Policy, said the achievement of SSDP’s Ithaca Chapter is a great example for other chapters to follow.

Cosner said this can influence the conversation on substance policy between administrators and students.

“A lot of the times, administrators are afraid that they’ll be perceived like they allow or encourage students to use drugs,” Cosner said. “This isn’t about encouraging drug use at all; it’s about dealing realistically with the fact of the matter.”

Leary said he is optimistic that the policy, though it will take some time for some students to adjust to, will create a healthier tone on campus.