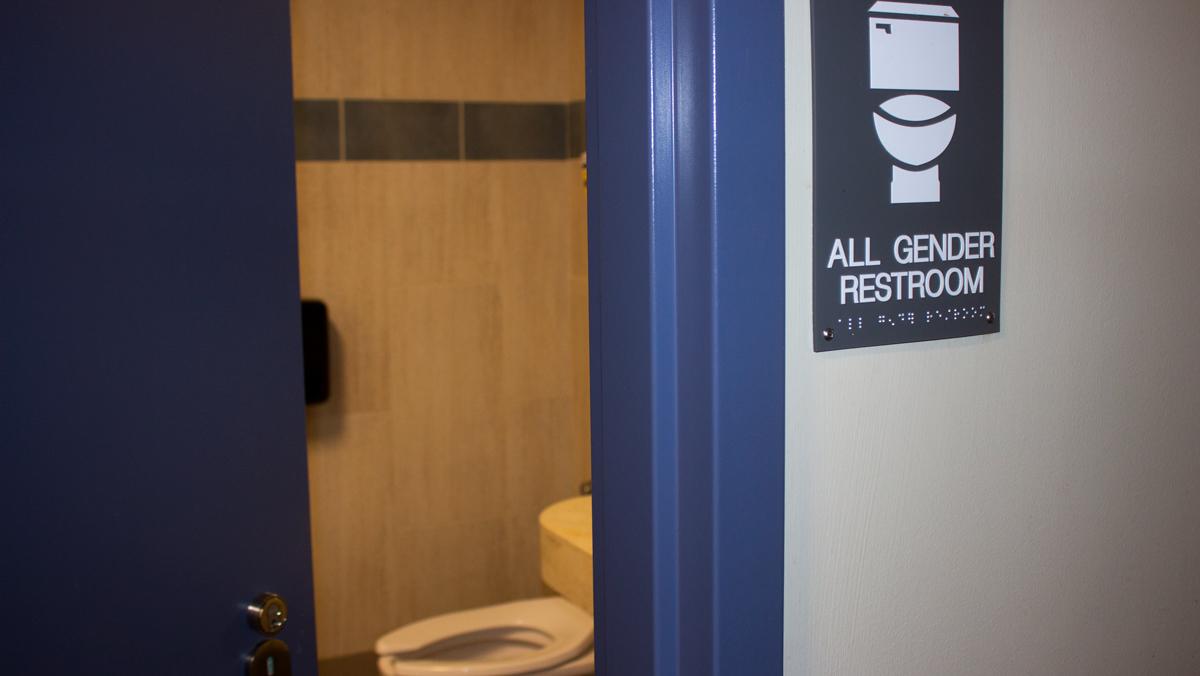 In an effort to be more inclusive, Ithaca College has installed over 100 all-gender bathrooms on campus over the course of several years of renovations.

“As we renovate those restrooms over the course of future years, we will endeavor to replace the older restrooms with all-gender replacements wherever possible,” he said.

Freshman Rosie Robinson, who identifies as nonbinary, said the all-gender restrooms made them feel as if the college cared about their needs and was prepared to accommodate them. 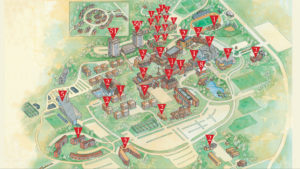 Map of all-gender bathrooms on campus. Anna Costa and courtesy of Ithaca College.

“I was really happy about it because as somebody who’s off the gender binary, it made it so that I didn’t have to worry too much about where I’m going to go to the bathroom or anything like that,” Robinson said.

In the college’s residential buildings, there are currently 51 all-gender bathrooms in East Tower, 50 in West Tower, two in Emerson Hall, one in Eastman Hall, two in Garden Apartment 27, two in Lyon Hall and 21 in the Terraces Residence Halls.

Luca Maurer, director of the Center for LGBT Education, Outreach and Services, said one of his main priorities on campus was the inclusion of all-gender
bathrooms. Starting with the bathroom on the floor that his office located in the basement of the Hammond Health Center, a velcro sign was made that allowed the bathroom sign to be changed to say it was an all-gender restroom instead of just male or female.

Maurer said this has also been used for several other bathrooms around campus, including those in Terrace Dining Hall.

“I think it’s critically important,” he said. “If you can’t use the restroom, you can’t go to class, you can’t go to work, you can’t do the things you need to do on campus. It’s an issue of equity and equal opportunity to everything that our educational institution offers.”

Junior Grayson Stevens, co-president of Spectrum, an LGBTQ activism student organization, said the all-gender bathrooms are necessities not just for transgender and nonbinary students but for anyone who would like a private space where they can comfortably use the restroom.

“They are a place for trans, nonbinary and gender nonconforming students especially to feel comfortable and safe using the bathroom,” Stevens said. “They can also certainly benefit people who are cisgender as well and just need a private space to use the bathroom.”

Junior Avi Kendrick is the Spectrum social media manager. They said they personally know the importance of all-gender restrooms as someone who is transmasculine and does not feel comfortable using either the women’s or men’s restrooms.

“All-gender bathrooms are important to have on campus because I need to pee,” Kendrick said. “There are multiple buildings where I cannot use the bathroom in the building. I don’t feel comfortable going into the women’s room anymore, especially now that I appear more masculine, where I’m worried about making other people in the bathroom feel uncomfortable, but if I go into the men’s room I’m concerned about my safety and myself. So I need that space so I can go in and not have to worry about either of those things.”

Freshman Patrick Kuehl said he thinks all-gender bathrooms that were converted from men’s or women’s bathrooms and have multiple stalls should allow more than one person to use them at a time. He said he feels this way because he has waited for long periods of time to use the all-gender bathroom on the second floor of the Park School.