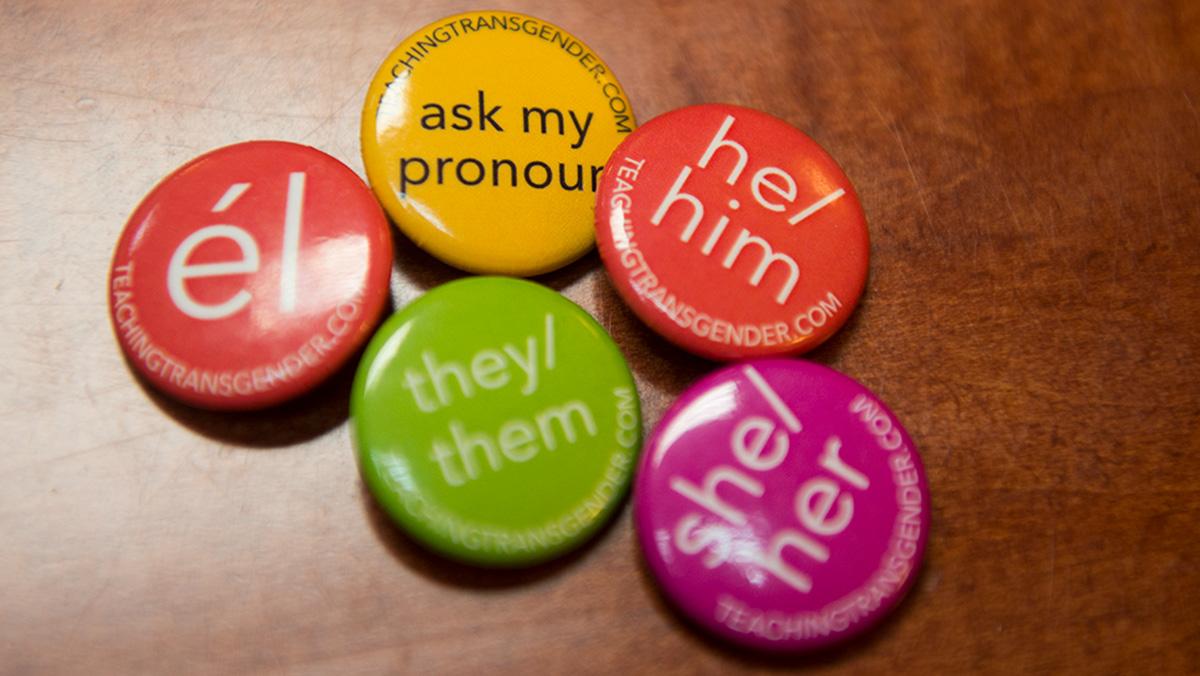 Before the start of the school year, junior Carter Kohler does something not many other students at Ithaca College do: They email their professors their name, which is not the same as the one on the roster, and the pronouns they use, which are often not the ones teachers initially use.

Kohler, who uses they/them pronouns, said that although this makes it easier on the first day, professors often slip up.

“As someone who uses they/them pronouns, I struggle with this a lot,” they said. “You get tired of constantly correcting people.”

With increasing national conversations on using students’ desired pronouns in the classroom, the college’s faculty are trying to find the best ways to be inclusive while trying to avoid outing students who are not comfortable opening up about their pronouns.

Luca Maurer, director of the Center for Lesbian, Gay, Bisexual & Transgender Education, Outreach and Services, and Tiffani Ziemann, Title IX coordinator, sent an email to all faculty and staff members before the beginning of the semester reminding them of pronoun usage and telling them to be inclusive and ask for pronouns.

However, there is no official pronoun policy at the college. Maurer said it comes up frequently but does not believe there should be a policy, as faculty should be free to use their own judgment based on the situation.

While there is no policy to ask for pronouns, Maurer said students’ chosen names are now being displayed on class rosters both in Sakai and in Homer.

Shane Windmeyer, the executive director and founder of Campus Pride, a national organization dedicated to creating a safer college environment for LGBT students, said the way professors ask for pronouns should vary based on class size and that for larger classes, it would be easier for it to be included on the roster.

“There should be a process for pronoun identification with the ability for students to change it when they choose,” Windmeyer said.

Including pronouns on rosters is an idea promoted by other experts, including Adriana di Bartolo, dean of students at Vassar College, who wrote an article for the Association of American Colleges and Universities concerning gender equity in higher education.

“Student records systems should have an option for students’ preferred names, which may differ from their legal names, and should allow class rosters that include these names as well as the pronouns students use,” she wrote.

“I remain a little bit conflicted on how to deal with it, because on the one hand, I know that some faculty members go around the room and ask students for what their preferred pronoun is, but I worry about putting students on the spot and asking students to share information that they might not want to share,” Gleitman said.

Marie Blouin, professor in the Department of Accounting, said that while she has no system for asking students their pronouns, she would be receptive when students approach her. She also said having the roster would make it easier for her to address students the way they wish to be addressed.

Thomas Swensen, professor in the Department of Exercise and Sports Sciences, said his large class sizes this semester makes it too time–consuming to ask each student for their pronouns. However, he said he would ask each student in smaller-sized classes.

Many students “read the room” in situations that require them to state their pronouns, and disclosing pronouns can be similar to sexual orientation, Maurer said.

With professors’ taking different approaches to asking for pronouns, students sometimes struggle to get the professors to call them by their desired pronouns. Like Kohler, junior Cameron Rance emails faculty members before the beginning of classes informing them of their name and pronouns.

“For some classes, if they had note cards or sheets where there is a space that says ‘Write anything you want me to know,’ I put my pronouns there, but I also made sure to email them,” Rance said. “Sometimes if they mess up, I send them another email.”

Rance said they are more forgiving of people who mess up their pronouns when in public, but Rance is less forgiving in the college’s classrooms, as it is easier to be mindful of pronouns in a smaller environment.

While the process of asking for pronouns might still be conflicting for some professors, Maurer said it is not one that can be ignored.

“These are folks that experience marginalization so much, and using someone’s correct pronouns is a very tiny thing that has a huge impact,” Maurer said.