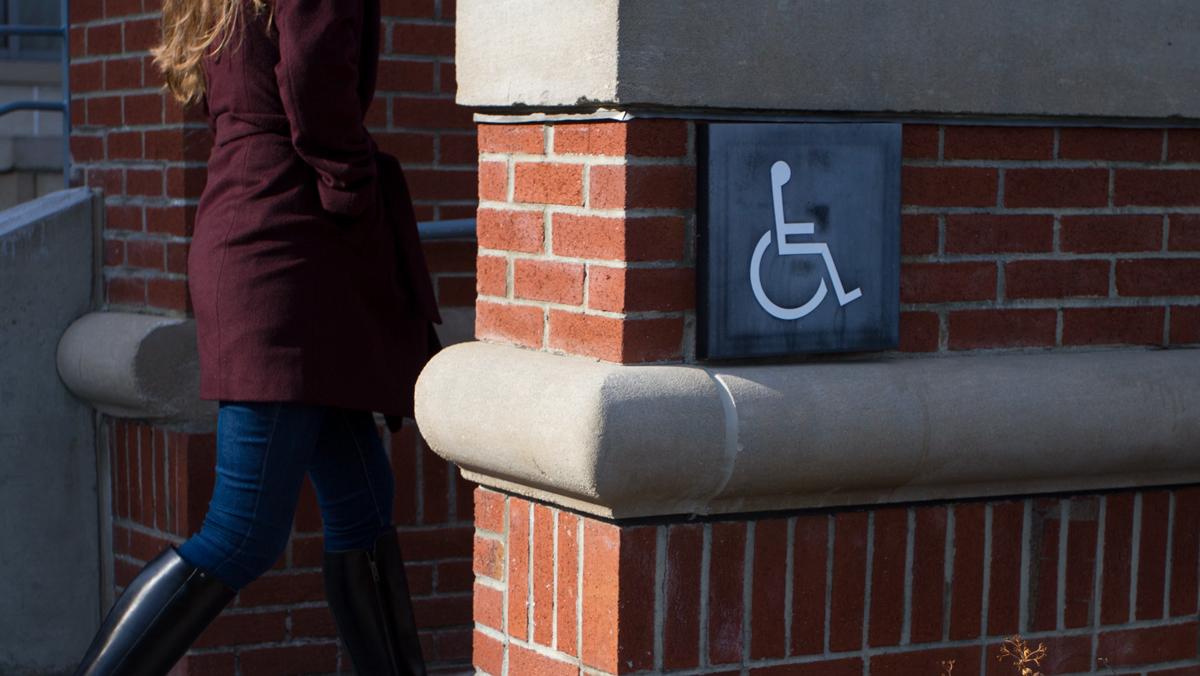 After the U.S. Department of Education’s Office of Civil Rights launched an investigation in 2009, Ithaca College continues to complete OCR-required renovations to the campus. However, some students and administrators believe the school still has more work to do before being truly accessible.

The OCR delivered a resolution to the college in 2015 following an investigation into a confidential complaint of inaccessibility against the college filed in 2009. The case document states four allegations: that a staff member of the Office of Residential Life harassed students with mobility impairments by denying continuous requests for accessible housing, that various campus facilities were inaccessible to individuals with disabilities, that the college did not have the required number of handicap-accessible parking spaces, and that the routes to Williams Hall did not have the appropriate number of curb ramps.

The OCR did not find merit to the first allegation, but determined the college needed to make multiple areas and buildings on campus accessible in response to the second allegation. The OCR identified compliance concerns with the number of accessible parking spots and locations with regard to allegation three, but found insufficient evidence for allegation four.

Jenny Pickett, assistant director of operations for Res Life, said that while the college has been taking steps to improve accessibility, there is still work that needs to be done.

“There have definitely been improvements,” Pickett said. “We are not done by a long shot.”

Phil Garin, assistant counsel of the Division of Human and Legal Resources, said the OCR came to campus and observed in 2009. In 2010, the OCR asked for data, took measurements and continued to make observations. In 2015, Garin said the OCR determined renovations were needed to make the campus more accessible. He said the college is in compliance with the resolution and that the college is no longer under investigation.

After 2015, the college added recommended renovations from the OCR to their renovations list.

Garin said the only renovations that have not yet been completed on the list provided by the OCR were changes to the parking lots to make them more accessible. Garin said some of the parking lots will be fixed in the summer of 2018.

Tim Carey, associate vice president of the Office of Facilities, said the improvements include repaving and re-grating the parking lots to accommodate accessibility spaces. He said that in the summer of 2017, Lots U, P and O were repaved. Carey said a civil engineer measured slopes and redesigned the lots to ensure they complied with ADA requirements.

Carey said the college engaged a civil engineer firm that measured designs of certain pathways and redesigned the routes so they met compliance requirements.

Specifically the pathway from Campus Center leading to the Fitness Center, the walkway from the School of Business to Muller Chapel, and the connecting path between the east side of Williams and Campus Center, which was addressed during Lot U construction.

Door handles and heaviness, Carey said, have been adjusted for those with disabilities. The center entrance door of Dillingham has been modified for wheelchair access, and door thresholds in other academic buildings have been removed to create more wheelchair accessibility.

Improvements to bathroom facilities began in the summer of 2016 and are still being addressed as issues are identified. Carey said stalls not complying to ADA regulations were enlarged to accommodate wheelchairs. Every floor of West Tower, the top several floors of East Tower, and Hammond Health Center now have accessible bathrooms, Carey said. He said these changes were not on the original list provided by the OCR. An ADA–accessible exam room was also added to the Health Center.

Carey said there were other improvements made by the college that the OCR did not ask them to do. These renovations include the addition of an elevator in Friends Hall and paddle doors in a number of locations.

In Muller Chapel, Garin said, changes included adding a walkway so those with disabilities can get to the accessible entrances.

Pickett said the OCR did not observe every residence hall — only those deemed accessible by the college, including Emerson Hall, upper quad dorms, Boothroyd and Garden 26. Pickett said only 20 percent of the college’s housing stock needs to be accessible.

She said heavy doors were fixed in Boothroyd Hall and that some rooms in upper quad residential halls have private bathrooms, which the OCR looked at.

Pickett said OCR recommendations were fixed over a year ago. She said Res Life has made changes not dictated by OCR. This includes bathroom renovations in the Towers.

“We’ve increased the percentage of housing that basically would serve a student with mobility concerns,” she said. “The ADA covers more than mobility issues; if we have a student with a hearing impairment, it’s really easy for me to add a strobe light there to alert them if the fire alarm is going off. That’s not a major renovation.”

Other projects Res Life has initiated over the years include a project four years ago in Landon Hall; they added a two-person accessible apartment. Pickett said the last two summers have been dedicated to bathroom renovation in the Towers. Corner rooms, which are larger than other dorm rooms, are held during selection for those who need accessibility accommodations.

Leslie Reid, manager of Student Accessibility Services, said SAS works to support 15 percent of the student population. She said SAS works with students and other campus offices to increase awareness of their concerns and what accommodations they need. This includes moving classroom locations to provide priority pathway clearance during inclement weather conditions.

Junior Morgan Starkweather, an occupational therapy major, said she looked at the OCR investigation for a study for her class. She said she thinks the improvements show the college taking steps to make itself more accessible, but there is still work left to be done. She said that for example, some of the buttons that open doors do not work and that some door frames are not big enough for wheelchair access. She said these are examples of minor inconveniences that are not challenging to fix.

Junior Nick O’Brien said he believes the college can do more to make the campus more accessible. He said two things the college should consider tackling are the minimal amount of accessible parking and updating the old elevators in various academic and residential buildings.