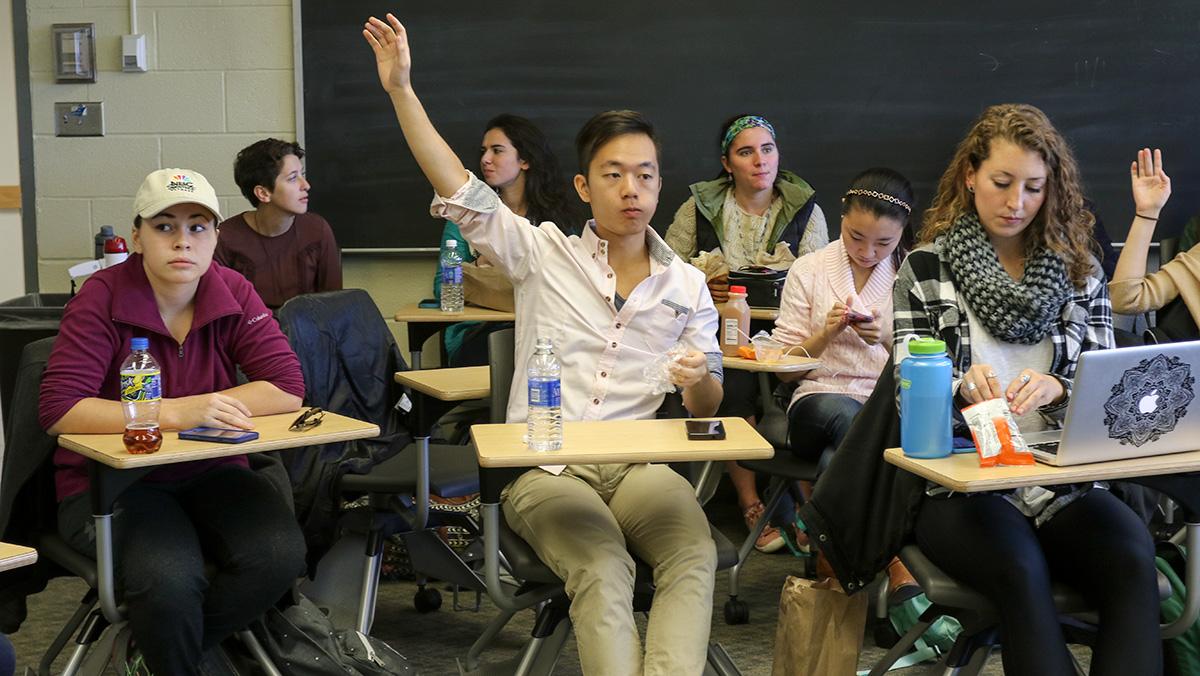 The conference was held Oct. 14–18 at Yale University and was a Security Council Simulation, or also known as a “crisis committee conference,” in which the team is not assigned a country, but each of the delegates in attendance had different, individual roles. MUN is a simulation that teaches students interested in comparative politics how to argue and propose solutions on real-life issues through role playing and debating.

The IC Model U.N. team plans to attend three more conferences this year with Cornell University on Nov. 4–8, University of Pennsylvania on Nov. 12–15 and Harvard University in February, said senior Jack Janson, one of the head delegates of the college’s MUN team.

Juan Arroyo, assistant professor of politics and adviser of MUN, said the simulation acts as an interactive lab for students studying comparative politics and international relations.

He said through MUN, he hopes students can take away four points: understand the United Nations and how it works; experience researching and getting into the mindset of other countries; interact with people from other regions, colleges and countries around the world; and put themselves out there through public speaking and negotiating skills.

Sophomore Hannah Robison, one member who received an honorable mention at the Yale conference for her role in the Association of Southeast Asian Nations, said her participation in MUN gives her the chance to discuss real world issues with other members.

“I’m an athletic training major, so I don’t really get a lot of access to political science courses, and I really wanted to keep that part of my education alive, so Model U.N. was a great option for me,” Robison said.

Janson said through the academic simulation, members learn interpersonal skills, such as compromising, in order to work in large groups while working to accomplish a group goal.

Janson said at the Yale conference, the delegates tried to resolve the current issues in the Middle East through a joint crisis committee.

“A joint crisis committee is you have a western bloc of countries and an eastern bloc, and together, both of our groups attempted to solve the problem in the Middle East, currently ISIS and the refugee crisis,” he said.

Janson said MUN meetings consist of speech games and exercises, as well as learning the structure of debates and about the parliamentary procedure, which he said is an important aspect of MUN.

Arroyo said to prepare for the conferences, the team looks at the political history, culture, the political party in charge and policies of the country they have been assigned.

Paul Thomasset, the other head delegate, also received an honorable mention at the Yale conference. He said the team this year is putting more emphasis on academics.

“What we heard prior to last year is people really yearned for more of the academic sets, and unfortunately, meetings tend to be very logistical,” he said.

Thomasset said this year’s team includes a lot of members who are graduating, which is an issue because the team relies on experience.

He said he has been working with Janson and member Yena Seo to put together a new training program that includes more simulations.

“This past Sunday, we took out a couple rooms in CNS. We had about a three-hour long simulation, our own conference. We drew up our own situation, background guides, all the information the delegates would need,” Thomasset said.

He said this year, the team is working to provide more training for its members.

“We’re focusing a lot on training, a lot on getting everything we can out of our members’ experience now and transferring it,” he said.

Seo said before going to the conference, she does research to come up with a list of resolutions and possible solutions or ideas to discuss with other delegates.

Seo said at the conference, delegates meet the other delegates in their committee to address the conflicts.

“Basically the goal is to work together to come up with a resolution by the end of the conference and to hopefully tackle the issues that have been dealt with,” she said.

Robison said the team has a strong sense of community.

“Being surrounded by this academia where people just love to come up with problems and play with the ‘what-if’ situations, it’s really cool intellectually,” she said.