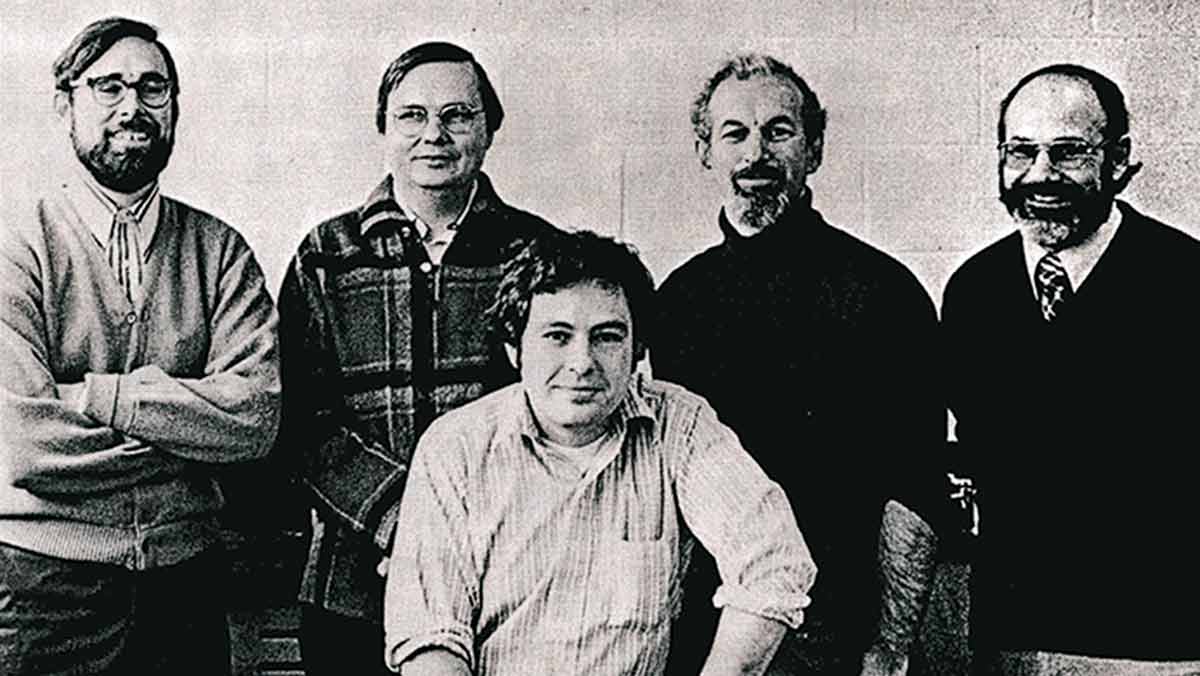 To celebrate its 50th anniversary, the Ithaca College physics department hosted festivities for about 50 faculty, alumni and students Sept. 26.

The celebration included a continental breakfast, welcoming remarks, a networking lunch, a poster session allowing current students to showcase recent research and tours of the Center for Natural Sciences. The event was organized primarily by Michael “Bodhi” Rogers, professor in the Department of Physics and Astronomy, who has been working to coordinate it for over a year.

“We can have alumni and current students sit at tables and get to ask about their careers and strategies to get there,” he said.

At the event, Michael Richardson, interim dean for the School of Humanities and Sciences, spoke about the “invaluable research” and “appreciation for the pursuit of knowledge” within the physics department, while Ahren Sadoff, founder of the college’s physics department in 1965, shared stories about its founding and development.

The event also featured boards in the hallway that provided information about several research projects conducted by current students. These include a project about pro-planetary disks orbiting intermediate-mass and younger stars, a project about understanding the characterization of thin film growth and details about the interactive physics classroom set up in 2006.

“I love this kind of stuff. It’s a great program not only for the alumni to come back and see what the current students are doing … [but] it’s always fun to talk about your research,” Coldren said.