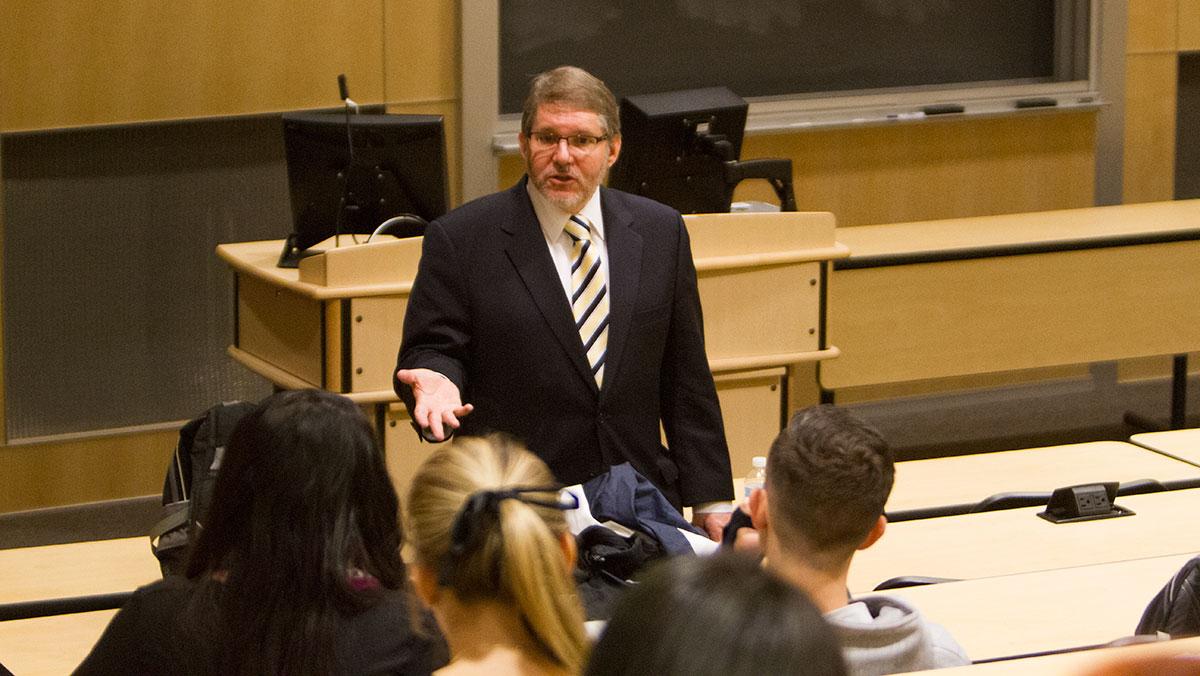 Jillian Flint/The Ithacan
Benjamin Rifkin, dean of the School of Humanities and Social Sciences at The College of New Jersey, will begin as provost and vice president of educational affairs at Ithaca College on June 1.
By Kayla Dwyer — News Editor
Published: January 9, 2015

President Tom Rochon has appointed Benjamin Rifkin, dean of the School of Humanities and Social Sciences at The College of New Jersey, to the post beginning June 1.

Rifkin will replace Linda Petrosino, interim provost and vice president for educational affairs, who has served in this position since former provost Marisa Kelly left the college in May 2014.

In his leadership position at The College of New Jersey, Rifkin has initiated such school-wide policies as faculty mentoring, new governing systems, department planning and enacting a diversity council. He is also a professor of world languages and cultures there.

Rifkin’s expertise is in the field of Russian and Slavic languages and literatures, which he directed toward his teaching at Temple University as a professor of Russian and vice dean for undergraduate affairs for the College of Liberal Arts prior to moving to The College of New Jersey in 2009.

Rifkin’s wife, Lisa Fell, will join Ithaca College as an academic advisor. She has served in similar positions for the past 15 years at Temple and the University of Wisconsin.

For more information about Rifkin, read The Ithacan article about his Dec. 4 visit.