Ithaca College senior plans to leave behind a musical legacy 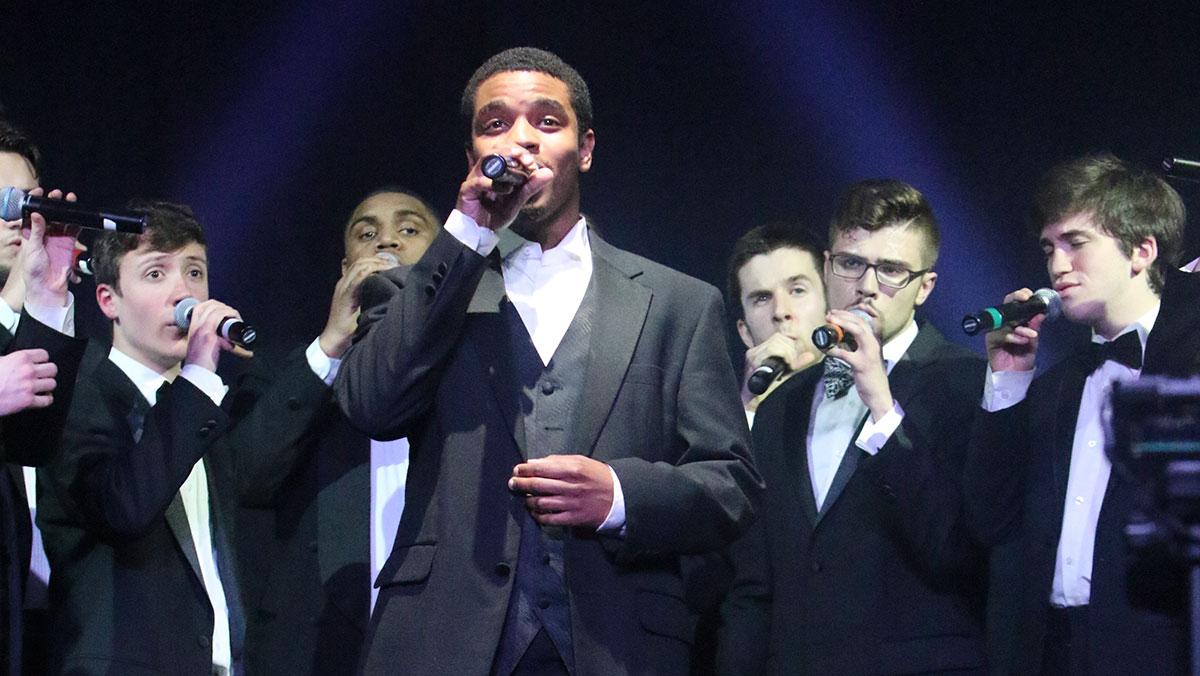 In Spring 2011, many prospective students toured Ithaca College while making decisions about their future. Brad Hougham, an associate professor in the Department of Performance Studies, encountered a student for a sample singing lesson who differentiated himself from the rest.

“I was immediately taken aback by his very musical and beautiful singing,” Hougham said.

Tyson, a vocal performance major, is no stranger to performing onstage. He has performed with Ithacappella for three years, singing popular sultry songs by artists, like Sam Smith and Ed Sheeran, as well as older songs from bands like Earth, Wind & Fire. Tyson has also performed with the Ithaca College Choir and the IC Opera Workshop.

Ithacappella has been an important influence on Tyson, who said he was always attracted by the idea of a men’s a cappella choir. He said he views the group as a tight–knit brotherhood.

This past year, Tyson served on Ithacappella’s executive board as vice president. Tyson was also a member of IC Big Brothers/Big Sisters, a community organization where adult volunteers foster friendships with children.

Being involved in so many activities at once was difficult, Tyson said, but through careful time management and scheduling, he was able to make it work.

“I have to plan things out very far in advance,” Tyson said. “It’s become easier this semester because I have less classwork, but it was very, very difficult in the past working like 30 hours and also trying to be an executive board member and trying to keep my grades up.”

Tyson credits much of his success to Hougham, who has been Tyson’s vocal professor during his entire time at the college. Tyson said he has been able to achieve success vocally through Hougham’s professional and emotional support.

The emotion behind a song, Tyson said, is one of the most important components to his performances. While happy songs can bring joy to an audience, he said he enjoys sad songs, too, because they allow him to channel past negative experiences into what is happening onstage.

“It’s really special to look out into an audience and see that you made someone’s day better,” Tyson said.

In all his time knowing Tyson, Hougham said, he has never been disappointed or underwhelmed with his vocal range. He said Tyson has mastered everything from opera to pop music.

“I never witnessed such a long–standing ovation as the one at his senior recital,” Hougham said. “He is an ideal student and truly one of the finest people I know.”

Besides his talent for vocal performance, Tyson is also known for his personality. Dan Purcell, president of Ithacappella, said Tyson’s calm presence makes him very easy to be around.

“When you first meet D’quan, I think the biggest impression one would get of him is that he’s very laid back,” Purcell said. “As you get to know him, though, you get to discover his true gifts: not only his incredible, inimitable vocal talent, but his kind-hearted and humble attitude.”

As a graduating senior, Tyson said he wants to take a break from school for a while and then attend graduate school to focus more on pop and Motown — his true passions — instead of classical music.

“My ultimate goal is not to be a classical musician,” Tyson said. “Classical music is excellent training for whatever it is you want to sing, but it’s not necessarily where I see myself going careerwise. Ideally, I’d like to tour and perform with a band, but that’s a far–fetched goal, so we’ll see what happens.”