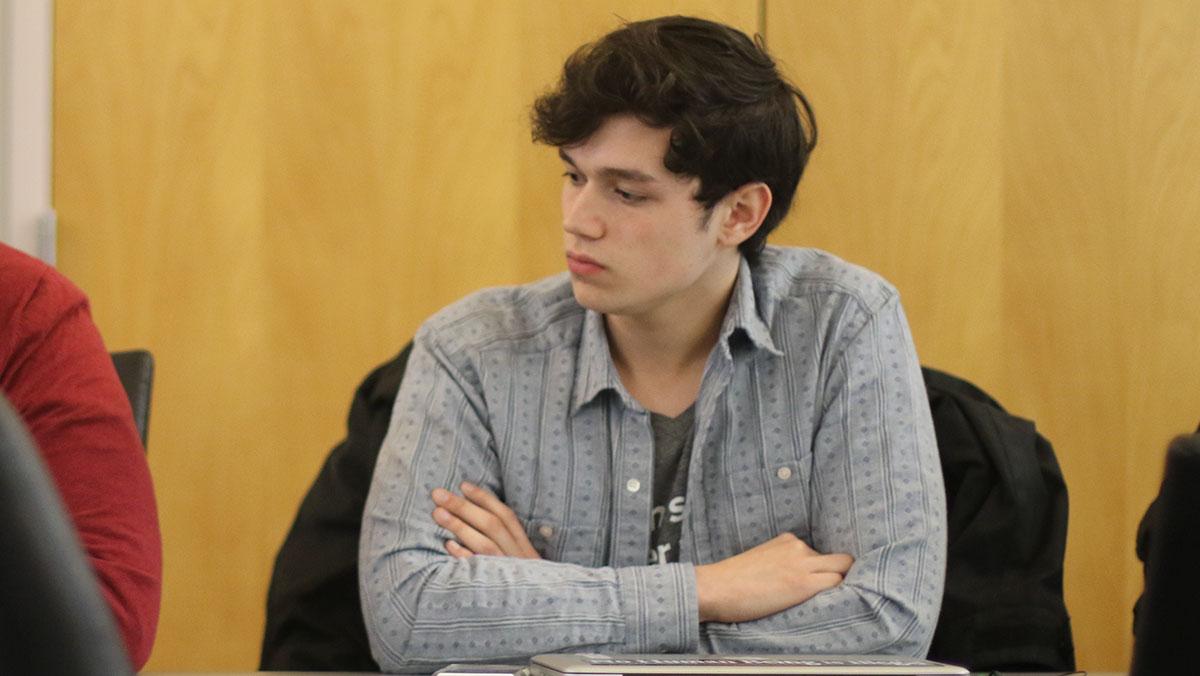 Kyle Arnold/The ithacan
At the Feb. 29 meeting, the executive board announced its appointment of sophomore Luis Torres to fill the permanent vice president of campus affairs seat. Here, Torres participates in discussion from his new seat.
By Justin Henry — Staff Writer
Published: March 1, 2016

At the Feb. 29 meeting, the executive board announced its appointment of sophomore Luis Torres to fill the permanent vice president position after having served two weeks as the interim.

Torres’ appointment follows a convoluted process involving the initial unconstitutional appointment of Matilda Thornton-Clark, Class of 2016 senator, to the position.

Recckio said one of the reasons that played into the executive board’s appointment of Torres is its development of sustainable leadership on campus.

“I think what we’re starting to mean is leadership that can grow,” Recckio said. “He’s a sophomore, so I think he has a really big future, no matter what he chooses to do on campus.”

At the Feb. 29 meeting, Torres said he would look to initiate interdependence and teamwork among leaders of student organizations and work with senators to combat on-campus sexual assault. He said because he had not previously built rapport with members of the executive board, he can bring a fresh perspective to the dynamic.

“They’ve all worked together for 1 1/4 semesters now,” he said. “So I think it will be good for someone who doesn’t necessarily have the political baggage that they all have at this point.”