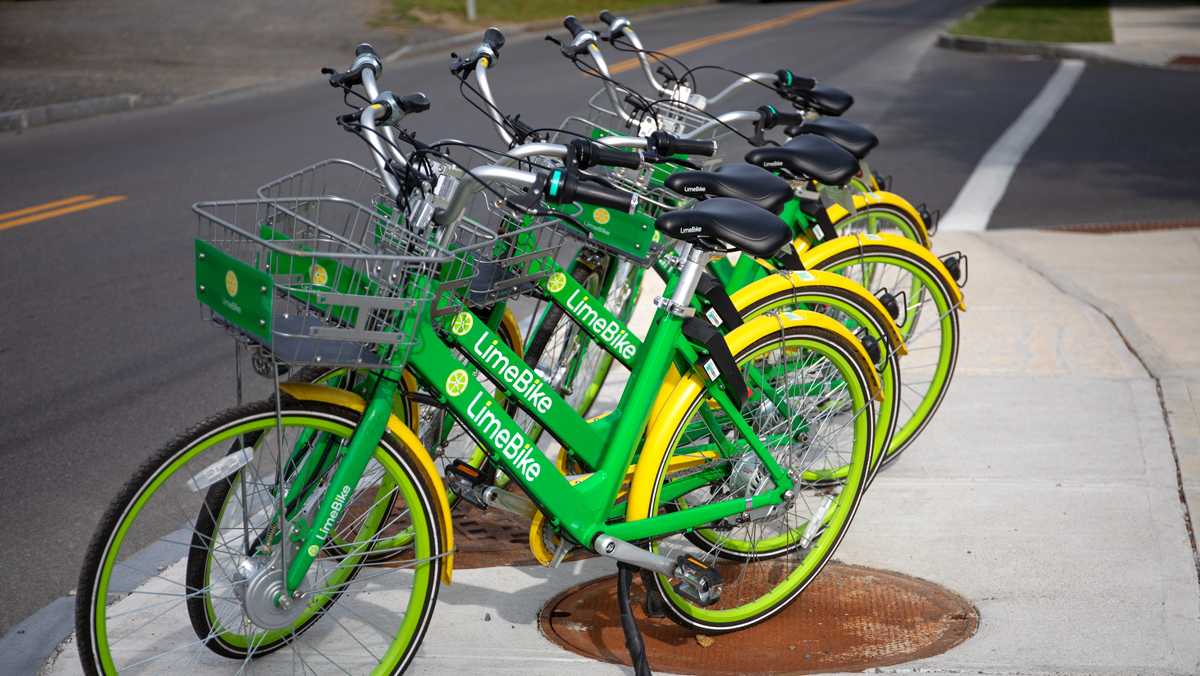 Lime, a dockless bike rental service, was welcomed to Ithaca in April and now provides a new way for Ithaca College students, faculty, staff and community members to get around the area.

Lime bikes can be found in Ithaca, Tompkins County Community College, Trumansburg, Dryden, Watkins Glen, Jacksonville and Montour Falls. Lime users are charged $1 for every 30 minutes of riding. Lime was brought to the city by Bike Walk Tompkins, a nonprofit organization. Students at the college are beginning to use the service to get around town.

Hector Chang, active transportation coordinator of Bike Walk Tompkins, said the organization’s goal is to make Ithaca and the surrounding area of Tompkins County a more friendly place for people to walk and bike around.

“Given the geography, given the small population of Ithaca … what Lime bike has been able to get in terms of ridership and financial users has blown away our expectations,” Chang said.

Lime bikes are rented out through a phone app on both Android and Apple devices, and the rides are charged through a linked debit or credit card. Bikes are unlocked by scanning a QR code with your phone. The bike will then be ready for use, and the account will be charged every 30 minutes until the manual lock is placed on the bike.

Ari Kissiloff, assistant professor in the Department of Strategic Communication, was contracted by Lime Ithaca to help educate Trumansburg residents about Lime.

Kissiloff also helps to relocate bikes when they stray too far, one of his responsibilities as an operations specialist. Most of Kissiloff’s work was done during the summer of 2018 when he attended various events on behalf of Lime to help spread the word.

“It’s like community relations,” Kissiloff said. “Most of my social media about Lime bike is really walking around and biking around Trumansburg and answering questions when people come up to me and are curious.”

Hover over the images to hear them speak 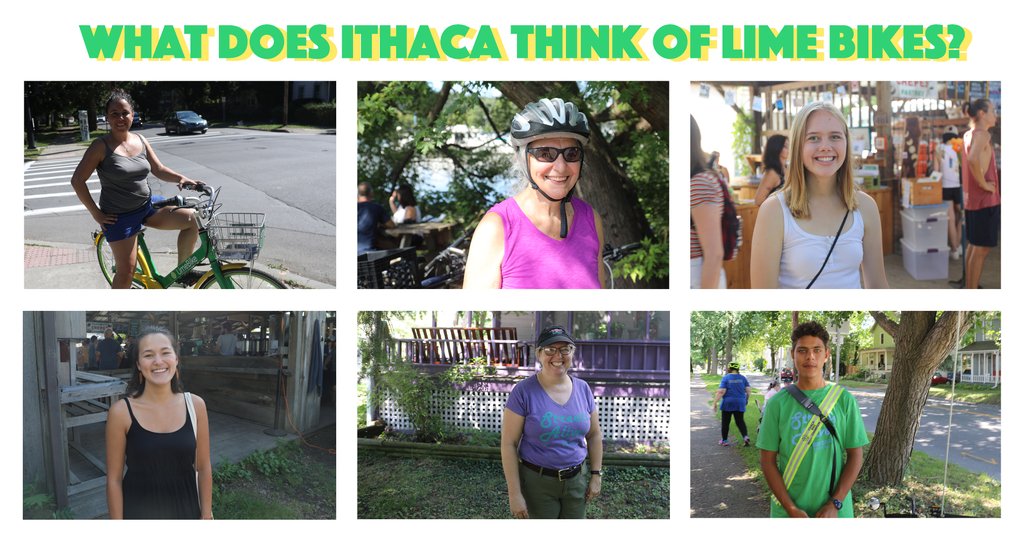 He also said it would be possible to hypothetically have Lime bikes stationed around the college.

“We would love to include Ithaca College in our program,” Goodmark said. “In fact, it would be an essential service we could offer to all the students here on campus to get them not only across campus but also connecting to downtown in a more independent way.”

Lime is currently set up at Tompkins County Community College, which for a dockless bike share program means that Lime will periodically drop a set number of bikes off at the campus. This is intended to help students get around, just as the company does in Ithaca whenever a bike strays too far away, allowing bikes to be located in useful spots.

If this program were to be implemented at the college, these bikes would act as an alternative method for getting downtown. Lime bikes have a student discount — when using a “.edu” email address, the cost is 50 cents for 30 minutes.

An obvious downside to the bikes is Ithaca’s terrain — there are many steep hills. Lime bikes provide a solution to this with three-speed and eight-speed bikes, but proper usage of these bikes requires prior knowledge of biking.

Freshman Lillian Roman said she found a Lime bike exactly where the GPS feature in the app said it was: behind a grocery store.

“One time it said it was in the weirdest spot behind Aldi’s, and they were really behind the Aldi’s,” Roman said. “It works.”

However, Roman said she did have trouble creating an account on the app.

“I couldn’t set up an account because their app wasn’t working,” Roman said. “Because when you register, you have to get an identification code sent to your phone, but it wasn’t sending the identification code, and it also wouldn’t let me log in through Facebook.”

Junior Bron Pedulla-Smith rides Lime bikes fairly regularly and said the bikes are sometimes a part of his commute to work at the top of South Hill.

“If I’m able to get it up — or find one on campus — I’ll ride it up to work,” Pedulla-Smith said. “I work in Circles Market, so that’s a little bit of a hike, and it’s pretty helpful for that, but usually there aren’t any bikes on campus, which is a shame. It would be nice to find a couple here and there, just parked outside of different buildings.”

On the right track: Bike culture at Ithaca College