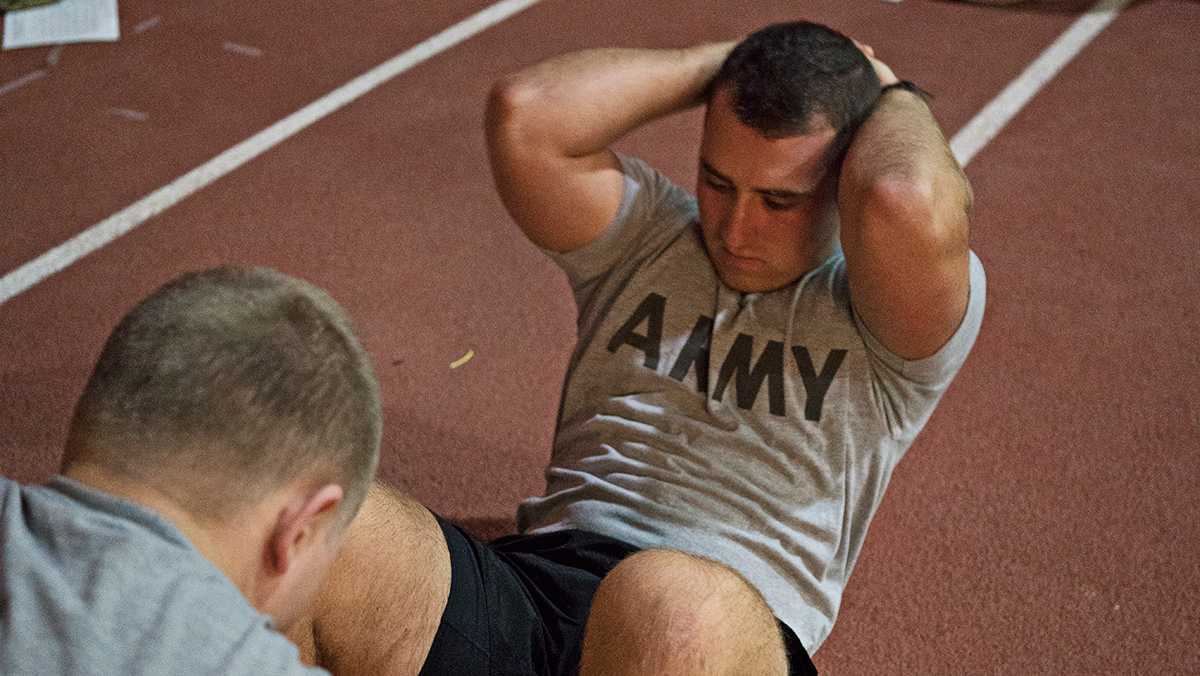 Each Monday, sophomore Conor Friend gets out of bed at 5:30 a.m., throws on a T-shirt and gym shorts and gets in the car to drive to Cornell University. There, he meets the roughly 30 other members of the Ithaca College and Cornell University Reserve Officers’ Training Corps for their workout.

After sweating through a demanding routine of anything from sprints, long runs, ab circuits, lifting, pushups and pullups to rucks and combat training, Friend gets back in the car. He drives to the college’s campus, showers and fills his backpack with books needed for the five classes he will attend before the day’s end.

It’s a routine he will repeat every Monday, Wednesday and Friday for the entire school year.

ROTC is a college program that prepares students for jobs in the U.S. Military. Students enter the program as cadets and commit to serving in the military after graduation, when they enter the service as officers. In exchange, the ROTC program provides opportunities for merit-based scholarships. The college’s ROTC program has 12 members.

After joining the program at the beginning of his freshman year, Friend is a new cadet-corporal and squad leader in the program.

“[My grandpa] was someone I really looked up to,” Friend said. “He was in World War II and fought in some pretty well–known battles. … He always had talked about it like it was an experience that was worthwhile. I’ve always wanted to experience that.”

In addition to the workouts on Mondays, Wednesdays and Fridays at Cornell, students in the college’s ROTC program attend classes on Tuesdays and labs on Thursdays.

The workouts include both Ithaca College and Cornell students and help the cadets stay in shape for their physical fitness tests, which are officially held once a semester. The fitness tests require two minutes of pushups, two minutes of situps and a two–mile run.

“Something that impressed me about Conor was his ability to stand up in front of an audience and very professionally deliver his presentation,” Birdwell said. “It was very articulate, and he did a very good job talking with the audience — not necessarily at them.”

Though Friend’s role as squad leader is mostly just to communicate information to his superiors, freshman squad member Aimee Manzelli said while some squad members complain about the program, he is very dedicated to his role.

“He’s super motivated for ROTC and super passionate,” Manzelli said. “It was kind of annoying me how some of the other people are like, ‘I don’t really want to be here.’ He’s really into it.”

A contract is a form signed by a cadet in ROTC that states that the cadet will serve for a period of time as an officer in the army. Friend is competing with other non-scholarship cadets to get a contract offer his junior year.

“That’s definitely the hardest thing right now,” Friend said. “I really want it, and it’s always kind of a guessing game in terms of who’s going to get it.”

In addition to ROTC, Friend is a tutor, a member of the ice hockey team and one of three head delegates for Model United Nations.

“In my opinion [Model UN] is the best club that you could possibly join on campus,” Friend said. “It makes you cooperate with people, come to some sort of agreement. And then you have fun.”

In the future, Friend is hoping to get into either the military intelligence or infantry divisions of the Army, get a master’s degree and possibly become a congressman — which is one of the reasons why he is currently double majoring in politics and economics.

“I’ve always wanted to serve, and I figured if I was going to serve, I would be the guy leading because I’ve always seen myself as kind of a leader,” Friend said. “The best way for me to serve my country would be for me to be a leader in the services, and then maybe one day, in Congress.