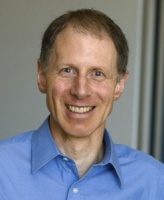 Lew Durland, director of energy management and sustainability, died on May 21.

Ithaca College has announced that Lew Durland, director of energy management and sustainability, died May 21.

Durland, 56, began his position at the college May 2014; his hiring was part of the college’s Climate Action Plan to become carbon neutral by 2050. One of the goals in the plan to be accomplished by 2015 was to assign responsibility for energy management, which was a part of Durland’s position. Durland was in the process of developing a strategic plan for sustainability efforts at the college before his death.

Durland was a senior mechanical engineer with the Sear Brown Group, Taitem Engineering, Tetra Tech Architects & Engineers, and Hunt Engineers, Architects & Land Surveyors. He served in leadership roles with the Upstate New York Chapter of the U.S. Green Building Council; the Twin Tiers Chapter of the American Society of Heating, Refrigerating, and Air Conditioning Engineers; and the City of Ithaca Energy Commission. He was a member of Sustainable Tompkins and the Tompkins County Sustainable Enterprise & Entrepreneur Network.

The college’s other leader in sustainability efforts, Mark Darling, sustainability programs coordinator, is scheduled to retire June 1. Durland was in the process of finding Darling’s replacement at the time of his death.

The college announced that a memorial service for Durland has been scheduled at 1 p.m. June 13 at the Annabel Taylor Chapel at Cornell University. Members of the college community are invited to attend. The service will be followed by a reception in the Founder’s Room at Cornell.

The full obituary for Durland in the Ithaca Journal states that he died unexpectedly in his sleep at his home. The obituary also says contributions in Durland’s name should be sent to the Finger Lakes Land Trust instead of sending flowers.

We will continue to update this story with more details as they emerge.