As Ithaca College seniors Maddy Menges and Zoë Miller sit together at a picnic table by the Muller Chapel pond, Miller’s eyes drift to a squirrel scampering down the footpath. She takes note of a plastic bag tangled up in a nearby bush and wonders how it got there. She is also aware of a second squirrel in the tree branches behind her, and she listens in on the songbird chatter all around them.

Menges and Miller are animal trackers. They said tracking is more than just following animal footprints through the woods — it is about being aware of their surroundings, and the body language and signals from nearby animals, including other people.

During their last semester at the college, the two are putting their tracking skills to use for a senior research project: monitoring the return of black bears to Ithaca, with the help of their adviser, Jason Hamilton, professor and chair of the environmental studies and sciences department.

Menges and Miller said based on what they know from their research and information about past bear sightings, black bears, which are mostly solitary and can travel over large areas on a day-to-day basis, have been roaming just outside Ithaca. Miller said the closest to Ithaca they have found evidence of black bear presence was on Burns Road, which is only about 2 miles south of the eastern entrance of Ithaca College.

“What we’re really looking for is that they’ve moved in here to stay and that they’ve developed a breeding population,” Menges said.

Hamilton said that over the years, the Ithaca area has seen several new and extirpated species — species that have gone extinct within a local area — introduce and repopulate themselves into the ecosystem. A couple of examples, he said, are black-legged ticks, which are capable of carrying Lyme disease, and fisher, a small carnivorous mammal belonging to the weasel family.

“It would have been pretty interesting if somebody had been studying or monitoring this area before Lyme disease got here, to see what was the effects on the local wildlife communities once it hit,” Hamilton said.

With the knowledge that black bears are slowly returning to the area, he said, part of the project is getting “out ahead” of the bears so the ecosystem can be studied before and after their arrival.

To gather data, Menges and Miller are looking for instances of bears’ being hunted and following leads of reported sightings. When they find an area they think a bear could be spending time in, they attach motion-sensor cameras to trees in hopes of capturing photo evidence.

However, studying black bears is not the only goal of the project. Hamilton said he hopes through Menges’ and Miller’s work — and through the work of the students who continue the project after they graduate — they will be able to demonstrate that tracking can be used as what he calls a “rapid biological assessment tool” to scientifically evaluate ecosystems. He said tracking is a conundrum because a skilled tracker is not the same as precise scientific instruments.

“When you ask ‘how do you know?’ … a tracker tends to say ‘because I said so,’ which is not as promising,” Hamilton said.

Menges said tracking is not often taken seriously in the scientific community due to stereotypes about the skill, despite its value in learning more about animal behavior and habitat.

“To a lot of people, when they hear the word ‘tracking,’ they think of some, like, hippie, weird person going out and reading the footprints and getting into the spirit of the animal,” she said. “We are trying to show that tracking can be used to make that spiritual connection with an animal, but it can also be used for scientific research.” 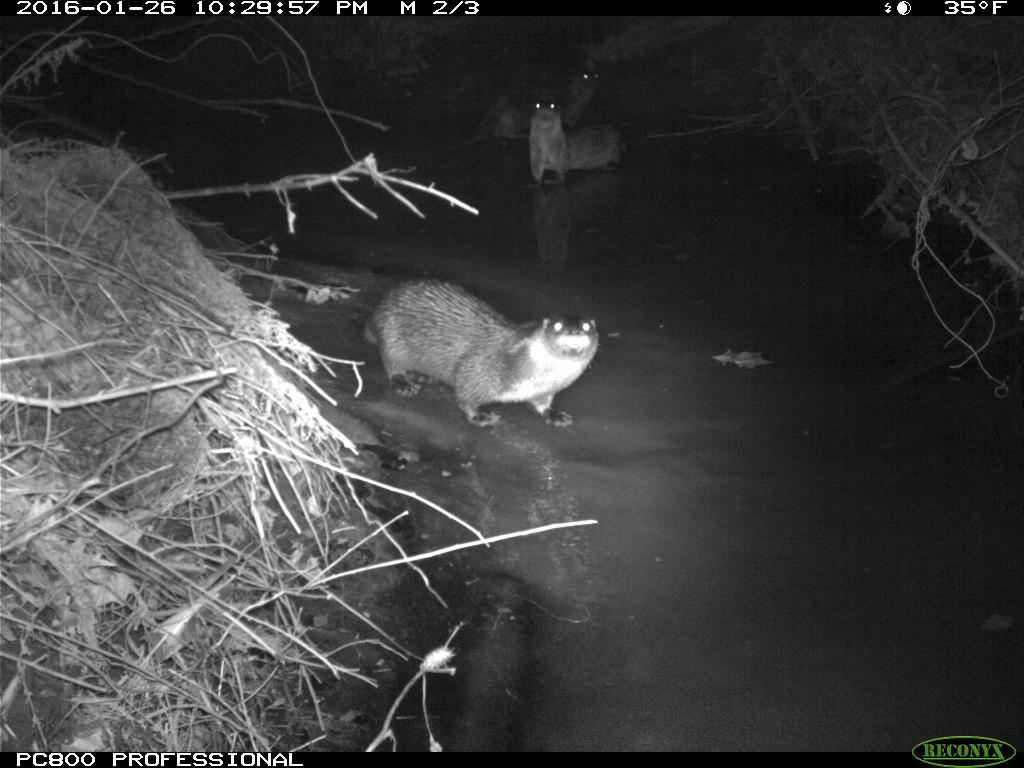 One of Menges and Millers’ trail cams captures a photo of river otters. Courtesy of Zoë Miller

Although Menges and Miller have yet to capture trail-cam footage of black bears, they have successfully used their tracking skills to locate and capture footage of other species. Using tracking, they were able to precisely locate an otter den on Inlet Creek and set up cameras in a prime location to capture images. They have also tracked and obtained photos of a bobcat roaming in the Ithaca College Natural Lands on the west side of Route 96B. 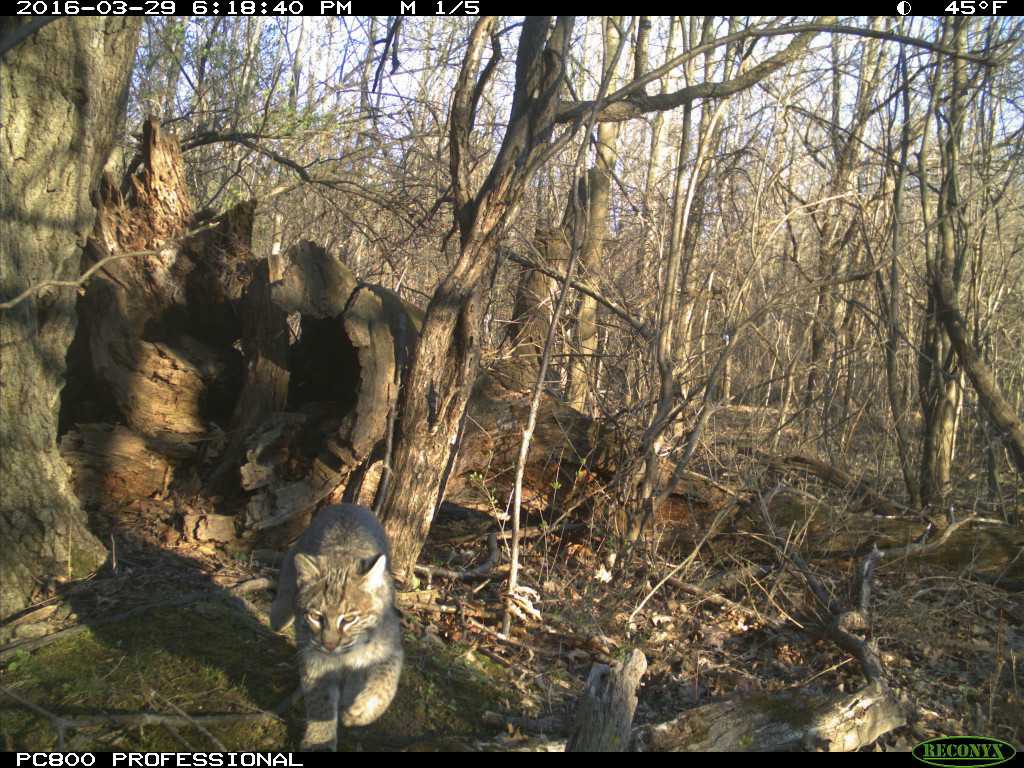 A bobcat roams in the Ithaca College Natural Lands to the west of Route 96B. Courtesy of Zoë Miller

Miller said her working with animal tracking is empowering.

“To be a functional part of the ecosystem, you have to understand it and know its patterns,” Miller said. “We’re being able to recognize and tell the stories of what is happening in the forest and then translate these stories into languages that the scientific community can understand.”