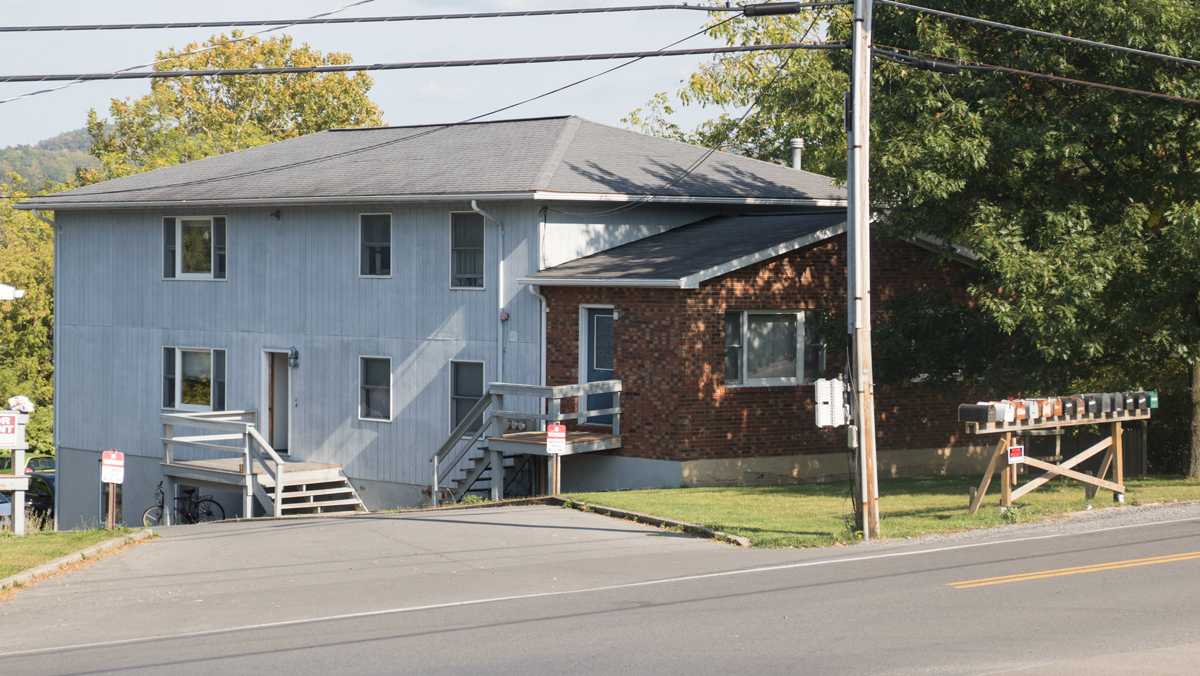 Connor Lange/The Ithacan
Ithaca College students living off-campus on Coddington Road near the back entrance of the college were awakened in the middle of the night and forced into their bathroom at gunpoint by three men.
By Ryan King — Staff Writer
Published: September 20, 2017

On Sept. 15 two Ithaca College students living off-campus on Coddington Road near the back entrance of the college were awakened in the middle of the night and forced into their bathroom at gunpoint by three men.

The robbers spent approximately 10 to 20 minutes raiding the apartment. The victims said the robbers stole clothing, shoes and an Xbox. Eventually, the victims heard the robbers leave, and called the police.

One of the victims said they had spent that night at a local bar with some friends, and that there was no suspicious behavior leading up to the event. He said he believes the robbers did not think anyone was home, and that they had only checked all the rooms in the apartment as a precaution.

At one point, while he was being forced into the bathroom, one of the robbers put a gun to his face. He said that while it was intimidating, he felt that the robber did not plan on killing him.

“I knew they weren’t going to do anything,” he said. “The second they put a gun up to my face, they didn’t seem very about it. They weren’t very serious, otherwise, they would’ve hit me or been more violent. They were kind of just using them as props.”

The victim said he grew up in a rough area and had similar experiences with a different gunman in the past.

“I’ve been in situations like this before,” he said. “I wasn’t very sheltered. I didn’t think it would happen in a town like Ithaca — that’s why I came up here.”

After the robbers left, he said that he and the other student quietly went back to their rooms with the assumption that the other would make the call to the police. They were both a little traumatized by the event, but eventually made the call several hours after the robbery occurred, he said.

One of the victim’s roommates was away in New York City when the robbery occurred and heard about it the next morning. Unlike his roommate, he was not surprised a crime happened on South Hill.

“It was definitely strange to hear,” he said. “I wasn’t too surprised, I know that Ithaca has a rep for that kind of thing, especially around this area.”

The roommate said that after the robbery he has learned the importance of locking the door and all the windows and that the robbers were able to enter the house through one of the windows.

Junior Mary Stephenson, who lives above their apartment, said she was asleep when it happened and did not hear any commotion that night, and that she was surprised to find out about the robbery.

“Thankfully nothing turned into a tragedy,” she said.

She said the police and landlord told her and her roommates that hit-and-run situations like this are generally unlikely to repeat.

The apartment’s landlord and the Tompkins County Sheriff’s Office, which is in charge of the investigation, declined to comment.

“We are always concerned when something occurs on or near campus that might put our community in danger, and the Office of Public Safety increases its level of alertness when such incidents occur,” he said. “The college has also reached out to the residents of the apartment — who are students — to offer any support that they might need.”