Ithaca College students travel to Virginia to build a house 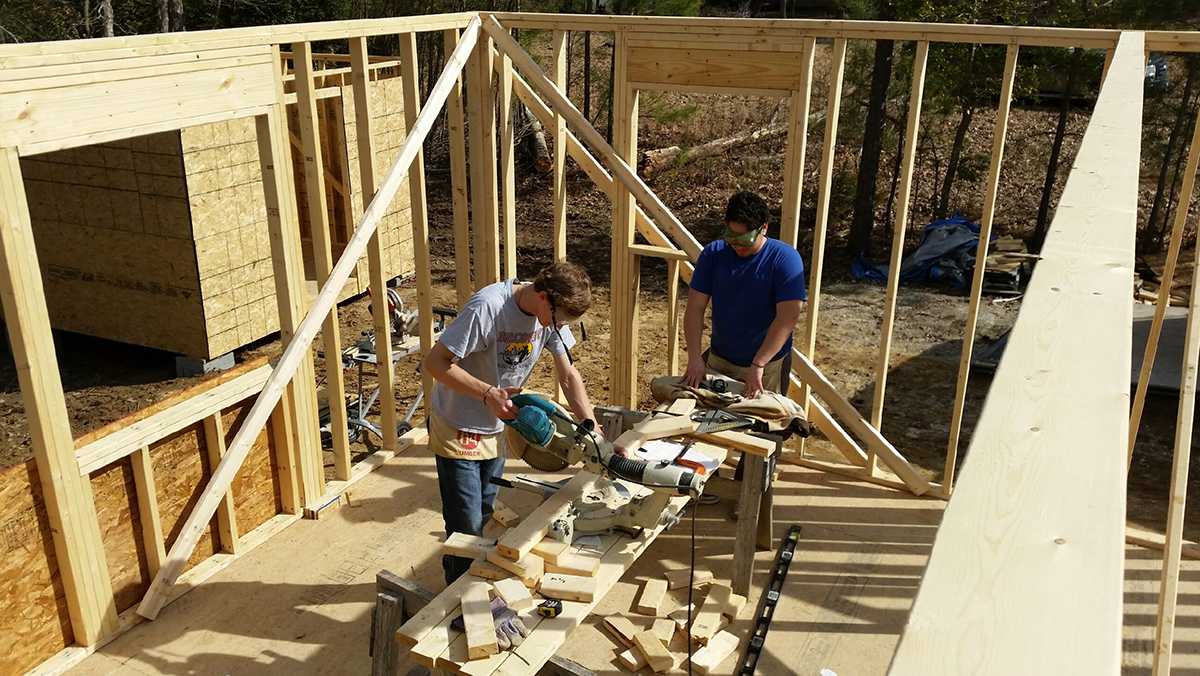 Over spring break, three Ithaca College students traveled to Exmore, Virginia, with the student chapter of Habitat for Humanity and contributed to building a house for a family in need.

Habitat for Humanity is an international nonprofit organization focused on providing affordable housing to families and communities in need. Each winter and spring break, the club offers an opportunity for students to travel and lend a helping hand on a specific project.

The participating students included graduate student Renee Metzger, sophomore Christopher Reyes and freshman Ryan Opila. For Metzger, the club’s volunteer coordinator, this was her fourth trip. Reyes and Opila both went for the first time.

Metzger said the foundation and floor of the house had already been built with help from Boston College students when they arrived. Alongside about 10 students from Marywood University, they helped put up the framing, walls, storage sheds and a platform for the floor of the attic over the course of the week. Metzger said they worked from 9 a.m. to 4 p.m. each day and slept on air mattresses in a local church at night. After four different trips, Metzger said she has gained a lot of experience in construction and feels comfortable with the process.

Sophomore Kevin Doubleday, co-chair of special events, said volunteers don’t even have to know how to use a hammer to get started with Habitat.

“The contactors not only make sure you’re doing a task that someone who’s inexperienced can still do, but they also provide an environment where you can learn,” Doubleday said. “I can say after just two years of going on trips … I’m more confident conceptually in construction, but also just working together as a team.”

Reyes said he decided to go just two weeks before spring break after seeing an Intercom announcement about the trip because he wanted to experience something new.

“I wanted to do something that got me out of my comfort zone,” Reyes said. “Constructing a house and learning what goes behind every aspect of building a home for somebody, learning how to use all the tools — that was pretty helpful.”

Metzger said one of the most enjoyable parts of the trip for her was experiencing it with students who had not done a build before.

“They [Reyes and Opila] were very eager to work, they were eager to learn a lot, they wanted to know how things were put together,” Metzger said. “I like their desire to get as much out of it as they could.”

Opila said this experience helped him realize the opportunities available to him during college.

“It was a reminder of the independence and empowerment that college brings and prompted me to consider how I can take advantage of this time over the next four years,” Opila said via email. “It showed me how easy it is to get involved with causes that you care about.”

Metzger said the home they built will go to a single mother and her newborn child. According to the organization’s website, Habitat for Humanity does not give away houses. The families pay for the houses with affordable monthly plans, and the organization makes no profit. In addition, the recipient families are expected to invest “sweat equity,” contributing their own hours of labor to building the house alongside volunteers.

On past trips, Metzger said she was able to meet the families that the houses were being built for, but that didn’t happen on this trip due to scheduling conflicts.

Although Reyes and Opila were the only students to sign up for this spring break trip, Metzger said the club usually sends between seven and 14 people, sometimes 20 or more with winter breaks. Metzger said winter break trips are the more popular of the two break options because they’re longer and students are looking for something to do.

Doubleday said college is an important time to explore and get involved with community service.

Metzger said the club will be hosting an event called “Act! Speak! Build! Week” during April 12–18 in which students can participate in building a storage shed that will be used at a future Habitat for Humanity house.

Metzger said volunteering and helping those in need is an important part of finding meaning in life.

“I think that improving the world and helping others is kind of the whole point of being here on Earth,” Metzger said. “If you’re just in it for yourself, it’s not a meaningful existence.”