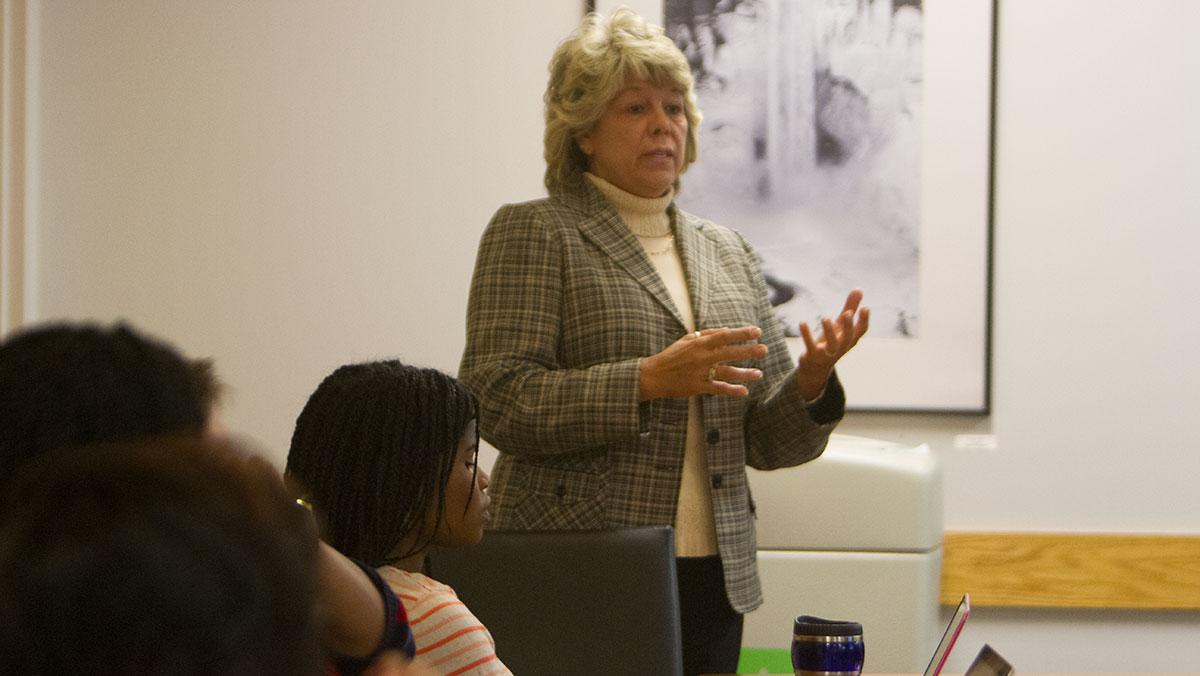 The Office of Public Safety and Emergency Management will launch a new Sexual Assault Prevention Campaign with an on-campus kickoff event after students return from fall break. The campaign advisory board is currently looking for student input to determine what will take place at the event.

In January, the White House Council on Women and Girls reported that on average, 12 percent of students who are sexually assaulted report the crime.

Terri Stewart, director of Public Safety, spoke at a Student Government Association meeting Oct. 6 about the issue of sexual assault on college campuses and how Public Safety plans to handle it. Stewart said she wants students to be knowledgeable about how to handle sexual harassment situations.

“There should be an awareness across the campus of sexual harassment and sexual assault,” Stewart said. “What we would like to do is to get students involved, and we want to hear their ideas about what the campaign kickoff might look like.”

In response to the statistic that one in five women is sexually assaulted in college, which the White House Council on Women and Girls reported in January, the White House established The Task Force to Protect Students from Sexual Assault. Stewart said this report prompted the College Advisory Committee on Campus Security & Campus Life Committee, which seeks to educate the college community on active responses to sexual assaults on campus.

The advisory board for the campaign, spearheaded by Stewart and Linda Koenig, assistant director for Housing Services and Communications in the Office of Residential Life, tentatively plans to hold the kickoff gathering on the Academic Quad outside Egbert Hall. Stewart said she hopes to see banners and other media at the event through which students, faculty and staff can express their views in terms of advocacy for sexual assault awareness.

“It’s really about taking a stand and saying that, as a community at Ithaca College, we’re not going to tolerate sexual harassment,” Stewart said.

To help the advisory board with its event planning, members of the SGA set aside time to talk and brainstorm among themselves. Senior Aaron Lipford, vice president of campus affairs, said he was worried about the longevity of the project.

“My only concern is, even though this is a big problem, the sustainability of the campaign,” Lipford said. “We should do something that would get students to see a vision for the sexual assault program.”

“I would love for students to join us in hosting an information session,” Stewart said. “I think the campaign will be more effective if we can recruit student ambassadors to help us spread awareness and knowledge.”

Junior Kyle James, vice president of communications, said the advisory board should partner with campus organizations, such as Feminists United, that have interests in similar issues. Stewart said the campaign has already reached out to Brothers for Brothers, a male minority organization built on the foundations of community service, academic, political and social involvement, to help combat sexual harassment. James also said the advisory board should work to incorporate the athletic department, within which the issue is prominent.

“If we could get a student advisory committee involved, especially one related to athletics, it would be very timely and appropriate since there are several things going on with sexual violence in athletic communities,” James said.

Stewart said a bystander intervention initiative will also be incorporated into the campaign. Andrew Kosinuk, Public Safety’s crime prevention and community events liaison, explained this component in a rough-draft presentation that outlined the steps to take when intervening in a potential sexual crime.

The main portion of the presentation revolved around six letter acronym: DISPEL, which stands for dignity, integrity, support, participate, empower and level the playing field. Kosinuk said he hopes the organized steps will help bystanding students feel comfortable enough to intervene in a dangerous situation.

“There is no one right way to intervene,” Kosinuk said. “We don’t need to be heroes, but we do need to do what we can to the best of our ability. Disrupt something that feels wrong to you in a way that feels right to you.”

In the SGA’s critique of Kosinuk’s presentation, senior Crystal Kayiza, president of the SGA, said the initiative should expand to encompass all aspects of sexual assault relating to race and homosexuality.

“My only critique of the campaign is that it doesn’t acknowledge the fact that different types of people have different types of experiences with sexual assault,” Kayiza said. “As a woman of color on campus, I am concerned with my safety in terms of interactions that are specific to my race. We tend to associate the issue with gender, but it can also deal with racial, cultural and homosexual aspects.”

Stewart said Public Safety will take student suggestions into consideration to further the development of the campaign and its kickoff event. Stewart said with October being Domestic Violence Awareness Month, the timing could not be more perfect for the inauguration of the program.

“We have to be passionate about this campaign, and it has to start somewhere,” Stewart said. “I’m looking forward to working with students to combat sexual assault and harassment as a community.”