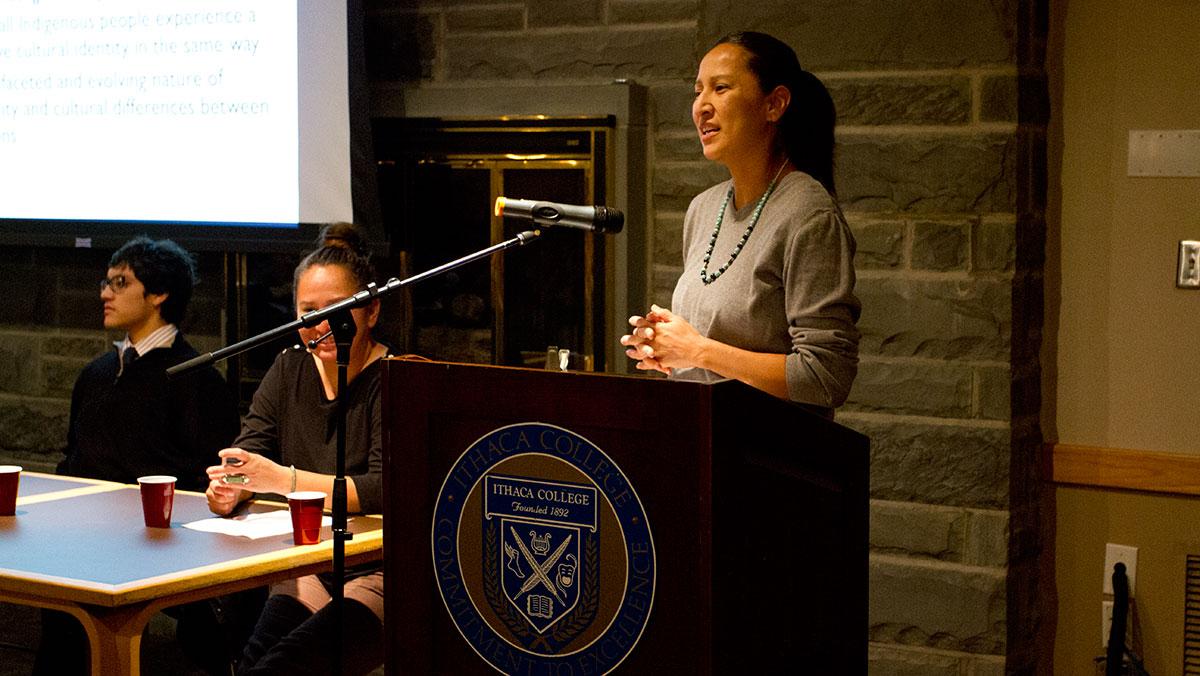 Discussions about body modification, Thanksgiving and dancing are what students can expect from the month of November. Ithaca College will celebrate its 15th annual Native American Affinity Month to share a cultural and political education with the campus community.

“We’re going to have a lot of different events about the culture, the history and what’s happening in modern times,” Lopez-Carmen said.

The month kicks off with a presentation about body modification and tattooing of the Native Americans in the Northeast Woodland area, given by Native American Historian Michael Galban at 5 p.m. Nov. 5 in the Handwerker Gallery.

At 4 p.m. Nov. 6, Anthropology lecturer Michael Taylor will give a presentation in the Taughannock Falls Room on Native American people, Indian mascots and the business of sports.

Don Austin, OSEMA assistant director of community service and leadership development, said Taylor will be discussing in his presentation how some mascot imagery and sports teams’ iconography try to tokenize Native American culture.

A panel made up of students from the Native American Student Association and faculty members from Cornell University and Ithaca College will discuss contemporary issues for Native Americans in the United States at 6 p.m. Nov. 13 in Textor Hall 103.

Lopez-Carmen said another event students can attend is a presentation by Perry Ground, local storyteller from the Onondaga Nation, on the Native American perspective of the Thanksgiving holiday at 7 p.m. Nov. 18 in Textor Hall 103.

Senior Tariq Widarso has volunteered his time within the local Native American community and said this event can help educate the broader student body about the culture.

“One of the biggest issues with Native American relations is that people aren’t exactly informed about the actual culture and the people,” Widarso said. “They have that ability to represent themselves and show themselves to everyone else in such a way that keeps their cultural integrity intact, and it’s not for commercial use.”

Lopez-Carmen said it’s common for people to have misconceptions about the Native American culture.

“I’ve often heard people say they thought Native Americans were extinct and it’s just this thing that is so distant,” Lopez-Carmen said. “When they see the culture happening in front of their eyes, it becomes like a museum.”

“The events are meant to dispel myths and will inform students accurately on the issues that Native Americans are faced with,” Austin said.