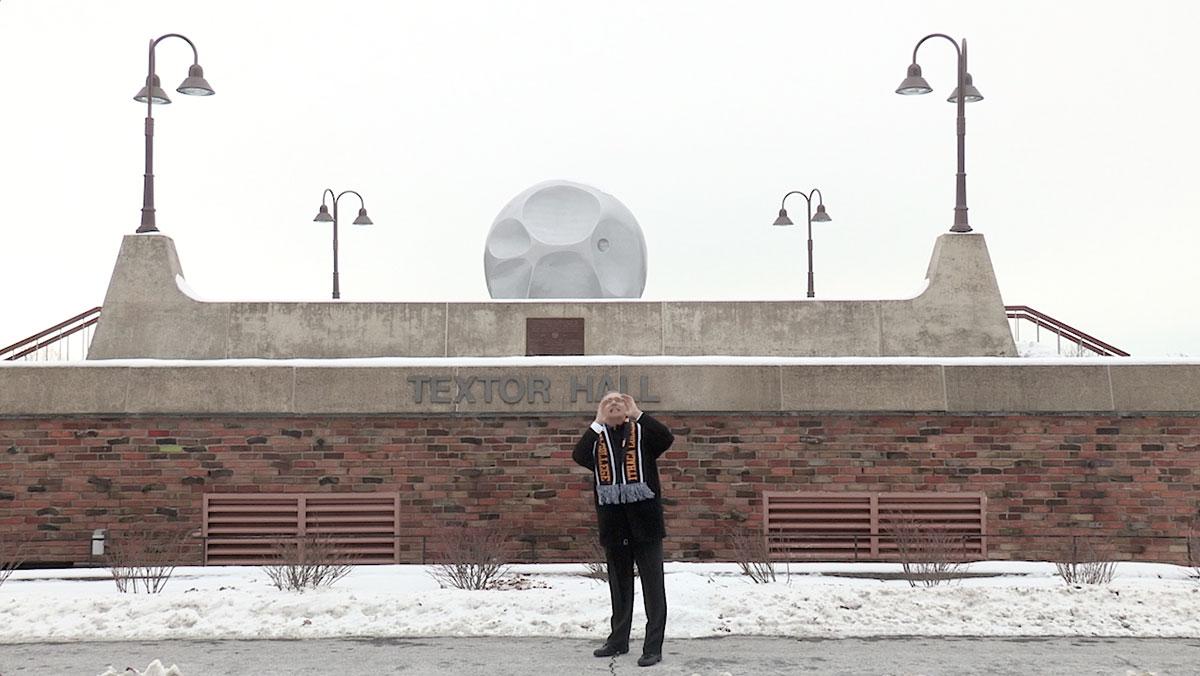 Ithaca College is dedicating a 24-hour period on Feb. 26 to encouraging students, faculty, staff and alumni to donate to the college, the first time the college has held a single-day giving event.

Chris Biehn, vice president for institutional advancement, said the college’s initial goal for IC Giving Day is to attain 607 donors, in honor of the Ithaca area code. If 607 donors contribute gifts Feb. 26, a group of alumni will donate a total $226,000, in honor of the date of Feb. 26.

Anyone, including members of the campus community and alumni, can donate through the icgivingday.com website. Those on campus can also stop by the North Foyer of the Campus Center between 8 a.m. and 6 p.m. to donate.

Actor and alumnus David Boreanaz ’91 will be using his presence on social media to publicize the event. Boreanaz, who played Angel in “Buffy the Vampire Slayer” and Special Agent Seeley Booth in “Bones,” has over 663,000 Twitter followers.

Rob de la Fuente, director of the Ithaca College Annual Fund, said social media is an essential tool in encouraging peer-to-peer requests for giving. The hashtag #ICGivingDay is being used to publicize the event.

There are hourly challenges and contests that will pit each school against one another, rewarding the individual schools with donation money for those that draw the most participation among its constituents. The college will also gift wrap the Textor Ball, and President Tom Rochon will be appearing in a promotional video with students.

Biehn said historically, alumni participation has been a challenge for the college, so the administration looked into strategies used by other schools to solicit donations.

“We need to think innovatively in order to help alumni participation grow at a more rapid pace,” he said. “We looked at what other institutions have done, and one of the concepts is this highly focused 24-hour period with outreach on social media and volunteer groups to increase our number of alumni donors and lead to greater alumni participation.”

“We have to move forward substantially this year to eventually get to the 20 percent,” he said.

Alex Cammy, student director for the alumni association board of directors for Students Today, Alumni Tomorrow, said it is important for students to contribute.

Since the institution is pushing for a high number of donors, de la Fuente said even small gifts matter as they start a habit of donating money back to the college.

“Part of why we are doing this giving day is to raise awareness that $5 and $10 gifts matter to us,” he said. “Without students and young alumni making $10 gifts, $50 gifts and $100 gifts, getting larger, transformational gifts later in life is very difficult. We appreciate their philanthropy at every level, and it transforms and grows.”

Junior Allison Kubit said she had heard about IC Giving Day but was not planning on participating.

“Especially as a current student who pays a lot of money, I don’t have any money [to donate] because they have already taken it all from me,” she said.

Biehn said students are encouraged to donate even if it’s only a small donation.

“We realize for a student, five bucks is a lot of money,” he said. “But if someone makes a donation of five bucks, it makes a difference in the overall number of donors, which releases a $226,000 gift from alumni.”

Biehn said some of the special alumni donors reached out to him expressing interest, and he contacted some others he thought would be interested in being in the group of about five. If the number of donors hits 953, referring to the address of the college, the alumni group will donate $100,000 more than the initial $226,000 to reach $326,000. If the number of donors hits 1,480, the group of alumni will donate an additional $100,000 for a total of $426,000. Biehn said the alumni group is willing to donate up to $500,000, the other $74,000 being donated to the specific schools that win challenges and the school which acquires the most gifts. For example, the school with the most parent donors between 1 and 2 p.m. will get a donation of $2,000.

Biehn said these alumni realize the importance of giving.

“They’ve all been involved in the college both as philanthropists and people who care deeply about moving the college forward in a strategic way,” he said. “They all rose to the challenge.”

De la Fuente said students should also realize the importance of giving to the college.

“Students are investing their lives in an IC degree, and this is all about moving IC forward for our students,” he said. “The more support the institution can have, the better that is going to be for their Ithaca College experience and for the next students who come along. They should participate because they have a vested interest in this college being successful.”