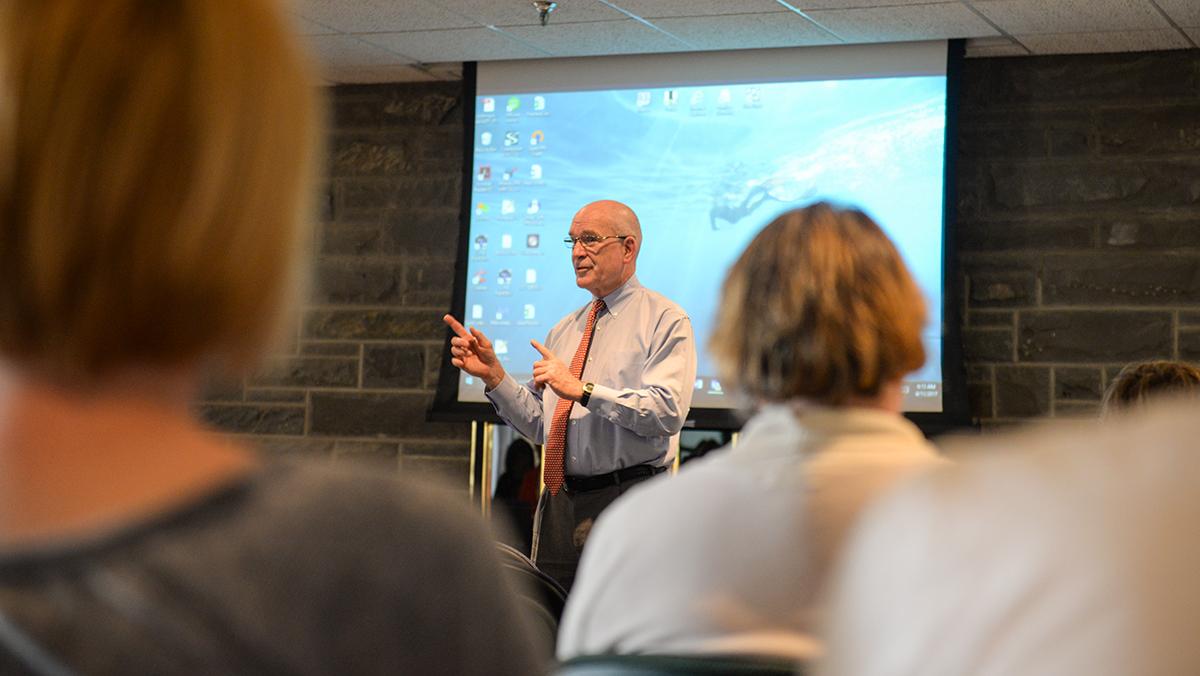 Over the course of the next few months, Ithaca College will be replacing and upgrading its degree evaluation system in HomerConnect with Degree Works software.

The tentative layout for the system was unveiled to the campus April 11 with the goal of a Fall 2017 launch for the new system. The cost of the project has been budgeted at $165,000 — including the software itself, the licensing, the vendor fees and any other costs of implementation, Registrar Vikki Levine said.

The new software is supposed to simplify navigating the college’s academic database within HomerConnect, said Levine, who is leading the implementation team for the new system. HomerConnect is the online source for all academic and financial information for students. It is where students register for classes, select meal plans and review financial aid. She described the old degree evaluation system — whereby students can run checks on their degree requirements — as clunky and said Degree Works will provide a more modern layout.

“I think the student body could probably attest to the fact that the current system doesn’t look like the latest technology and that there is going to be a lot of value added from the new system from the student perspective and adviser perspective,” Levine said. “It’s a natural progression. The system we’re currently on is ending its life cycle, and this is the next logical step.”

Degree Works is advertised by its creator, Ellucian, as having a user-friendly layout as well as a number of instruments that will allow students to more easily understand where they stand academically and plan for their future accordingly. Some new features will include an eight-semester “plan ahead” calendar and the ability for students and advisers to communicate through notes directly on degree audits, according to Ellucian Technology’s website.

“The biggest benefit is that students will be able to run one audit for multiple majors and minors,” Levine said. “So if you are a dual major in our current system, you have to run two audits, but now you’ll be able to run one and see all that information in one spot, and that is pretty neat.”

Students like sophomore Cal Yohannan said they are happy to hear the system will be getting a makeover. Yohannan said he always preferred the help of in-person academic advising to the online system because it did not provide him with the level of detail that he needed.

“I was always just sort of able to navigate through the old system despite it not being so clear,” Yohannan said. “I am excited to get to know the new system, though, and actually, hopefully, understand if I am going to be able to graduate on time, because that is pretty huge deal.”

Michael Fox, an implementation consultant with Strata Information Group, is assisting the college in smoothing out the logistics of implementing Degree Works. Fox said having all academic information in one place that is easy to access and understand will allow the college to better match its course offerings to students’ demands.

“Once those audits are in place that are showing where every student stands in relation to his or her graduation requirements, then you get a gold mine of data because you know what’s in the bank, and you can begin taking that database apart to see how many students in specific programs still need to fulfill certain requirements,” Fox said.

Fox said he will be on campus working with Levine and the rest of the college’s implementation team to work out bugs and field concerns.

“We’re at a point where we’re going to be working with the implementation team for 2 1/2 days in the next week, and there are hundreds of configurations that have to be set, all of which take what I call ‘incremental confession’ regarding the culture of your institution,” Fox said. “Since it is online interactive advice, we have to wring it out and make sure that it is accurate and 99.9 percent correct.”

After an influx in student complaints last fall, the Office of the Registrar is rethinking the way the college handles online registration for classes.

Students and professors are adjusting this semester to a new way of keeping track of classes online. Sakai, Ithaca College’s new collaboration and learning program, is set to completely replace Blackboard next fall and has been rolled out to classes this semester.