Ithaca construction on schedule for completion by winter 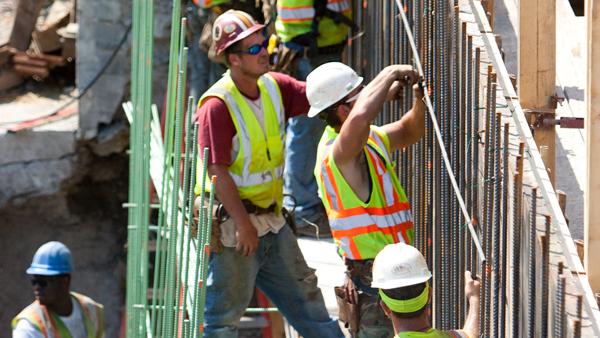 Major construction projects have had Ithaca’s streets filled with traffic and detours all summer, but good weather has kept these projects on schedule for completion this winter.

Most of the projects — five in the city and a few around the Cornell University campus — began after April 2, when Green Street, North Geneva Street and East Clinton Street closed for multiple public and private construction projects.

The Prospect Street/East Clinton Street bridge has been in plans for replacement since 2007. The bridge has also been closed since April and is expected to reopen by Nov. 15, but not be fully completed until July 15, according to Addisu Gebre, bridge systems engineer. Prospect Street is the main route to the college from Ithaca’s west side.

“It will be back in service come sometime in November,” West said. “We’re feeling very confident about that. “

City residents can expect closed roads to be reopened by winter as long as the weather does not impede progress, West said.

The Seneca Street garage, which closed Aug. 6, is undergoing significant renovations and is expected to be reopened by Sept. 20, West said.

Despite the approaching completion dates for these projects, students will still have to deal with detours and traffic through most of the fall semester. West said the main traffic issues arose when high volumes of drivers were in Ithaca during the colleges’ move-in days.

“It was just that influx of people back to town, then people settle in, families go back home and leave their students here,” West said.

Doug Gaulin, father of freshman Joe Gaulin, said the traffic and detours were no surprise after visiting town this summer.

“Traffic was tough down in the afternoon, and we had to come back up, but other than that, no problem,” Gaulin said.

However, others found the move onto campus to be difficult with the construction. Freshman Taylor Krall said he was stuck in traffic while travelling up South Aurora Street and was confused by the detours.

“Right before we started going up the hill, we were in stop-and-go traffic for maybe a half an hour,” Krall said. “We had to go all the way out and around the bridge. All the detours were a pain.”

Ken Johnson, traffic engineer, said to manage through the remaining construction period, walking or taking the TCAT are the best alternatives.

“The suggestion for everyone in the city is, don’t drive when you don’t need to drive,” Johnson said.