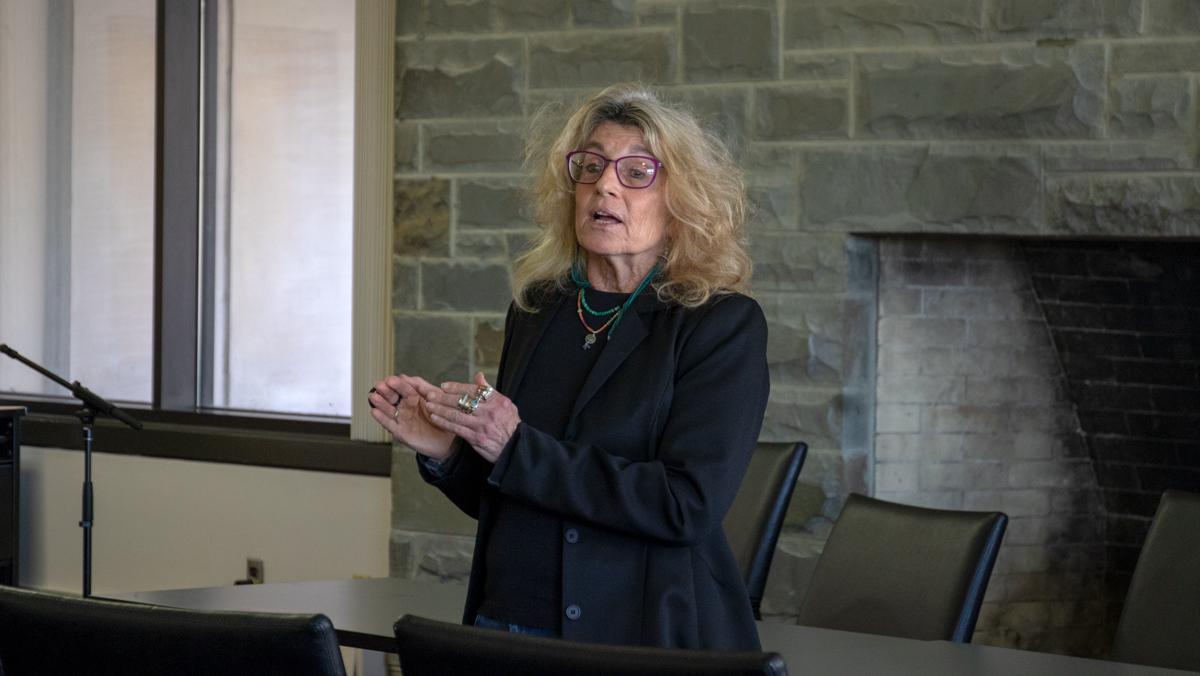 This series of interactive programs hosted by students, professors and other guests, which has been ongoing since Feb. 26, is designed to enhance leadership opportunities for female college students and allow all members of the college community to engage themselves in activism for the women’s rights movement.

For the 2019 Women Leaders Series, Michele Lenhart, director of student engagement at the college, said she focused on getting student organizations to present on what their groups are about and how they empower those who identify as women. Each year’s series has a theme. Lenhart said this year’s theme is sharing personal stories. She also said the emphasis on getting student organizations involved is one of the numerous reasons why this year’s series is different from previous ones.

“We’re really trying to get people to tell their own stories and how they got to wherever they got to or things that have helped them become leaders in their own areas,” Lenhart said. “It’s more of a personalized approach to the presentations this year, which I find to be quite great about them.”

One of the student organizations that will be presenting March 28 is Queen Strength, a fitness–driven organization that encourages women on campus to feel comfortable in their own skin by promoting fitness education and providing community outreach, mental health awareness and professional & academic guidance to its members. Senior Arietou Amadou-Wattara, vice president of Queen Strength, said she felt honored to host a panel for the series because she believes it will allow people of all backgrounds to share stories and empower and educate one another.

“Women often feel overwhelmed in many aspects of their lives because of competing priorities and societal expectations to endure everything,” Amadou-Wattara said. “We think that the women leadership series is important because events like this transform perspectives, break down barriers and drives changes that promote inclusiveness.”

Lenhart said that having events like the Women Leaders Series is crucial for the college community because not only does it allow students to make connections with other women on campus, but it also gives them the opportunity to learn about their own history in leadership.

“We’ve had so many women who are reaching out and saying that they would like to have some programming that is specific [to] them because I think that a lot of the examples that they have been learning about within different settings have been through men who are in leadership roles,” Lenhart said. “To have that opportunity to learn more about women specifically and how they’ve navigated the system and become leaders has been really important to the students.”

The series will continue with multiple presentations from students, professors and others on campus until March 28. All students, regardless of gender identity, can sign up for these following programs on IC Engage.

Join us for a panel discussion about Ithaca College experiences that contribute to first–generation female students’ successes throughout college. The panelists will share stories about their own experiences as first–generation students, resources they found for support, ways they made connections with other women and services they used to enhance their personal well-being. It is coordinated by senior Leticia Lynch.

TIME for ILHAN Screening and Discussion

On Nov. 8, 2016, a young, hijab-wearing mother-of-three named Ilhan Omar made history by becoming the first Somali-Muslim woman to be elected to state office in the United States. She was hailed by The New York Times as “One of the bright lights in the post-election darkness,” and the documentary film “TIME FOR ILHAN” intimately chronicles her hard-fought campaign for state representative in Minnesota’s Senate district 60B, home to the nation’s largest Somali community. Join IC Feminists United for this film screening and discussion with a special guest.

This session will feature a panel of members from the Women in Business Network executive board as well as general body members who will share their experiences in internships. They will discuss where they first started compared to where they are now, how they got there and what has challenged them along the way. Join this conversation about women in the workplace to learn more about stories and how various internship experiences made the panelists stronger candidates for future roles, and how they navigated sexism in the workplace.

Learn about what Queen Strength means and what the overall mission of the group is, and listen to members share their stories about fitness and how it is important in their lives. There will also be an opportunity for attendees to share their experiences and stories if they wish. Presented by sophomore Gabriela Urbaez-Mendez and senior Arietou Amadou-Wattara.

More information on these events and the Women Leaders Series can be found on the Office of Student Engagement’s page on the college’s website.

Past Deadline: What it means for female professors to face gender bias