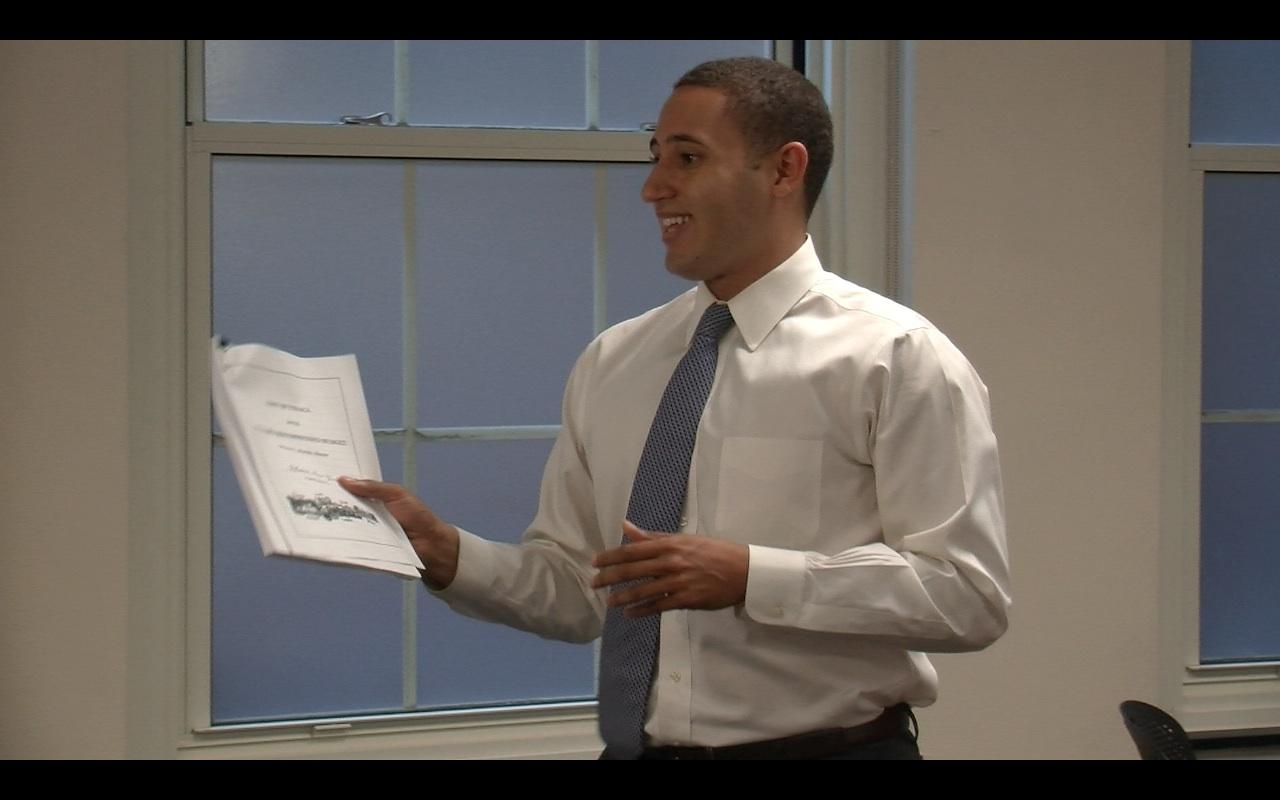 Ithaca Mayor Svante Myrick presented his proposed 2014 budget to the city’s Common Council on Oct. 1. During the presentation, the mayor also called for Cornell University to increase its contributions to the city, sparking a personal tension with the university.

The proposed budget includes $64 million in spending, an increase of $1.5 million from 2013.

The proposed budget also calls for a property tax increase of 2.08 percent, which meets the state mandated property tax cap of 2.12 percent, and is lower than last year’s rate of 2.14 percent. This tax levy is the lowest in Ithaca since 2000.

Myrick said the 2014 budget accounts for a deficit of $1.9 million, the amount it would cost the city to maintain the same level of services as in 2013.

“The City of Ithaca has, for the last six years, been running a deficit,” Myrick said. “If we kept everything the same, the level of taxation, the level of spending and the number of employees, we would be $1.9 million short.”

The 2014 deficit is down from $3 million in 2013. Joseph Murtagh, common council member for the second ward, said while the proposed budget involves cuts to several departments, including the Department of Planning and Development and the Department of Information Technology, and increased property taxes, it is an improvement from the 2013 budget.

In the budget, Myrick proposed a merger between the Department of Information Technology and the City Clerk’s Office. Myrick said the merger would involve one layoff, but would save the city more than $100,000 by combining the two departments with overlapping responsibilities.

“Increasingly, public information and technology are becoming indistinguishable from each other,” Myrick said. “Having them broken down into separate silos, separate levels and separate lines of authority creates confusion in the staff and has hindered a lot of our projects.”

Despite this merger, Murtagh said the budget is simpler than last year’s, as it mostly involves small changes to spending and revenue.

“Last year’s budget seemed much more transformational, in the sense that there were several pretty complicated budget mergers,” Murtagh said. “This budget is a little more routine.”

Though it was not included in the budget, Myrick said at a media briefing Oct. 1 that Cornell does not pay enough to the city, considering its exemption from property taxes. Myrick said Cornell raises enough funds to increase its payments to the city.

“It’s shameful how little Cornell University contributes to the municipalities that play host to it,” Myrick said. “An institution as large as Cornell, that’s a $2 billion-a-year operation… so we know they could afford it if they decided to invest in the municipality.”

Cornell does not pay property taxes because of its status as a New York State University. Myrick said if Cornell paid property taxes, it would owe about $30 million.

While Ithaca College is not part of the city of Ithaca, it does make payments to the town, county and city school district. Dave Maley, associate director of Media Relations at the Ithaca College, said while the college is exempt from property taxes, it pays the equivalent of property taxes on the Circles Apartments land.

John Carberry, director of press relations at Cornell, declined to comment on the mayor’s remarks. In an email, Carberry said Cornell would like to discuss this issue directly with the city government.

“At this point, we’re eager to move on from a media conversation about this to more direct conversations with local government leaders about how we can all do what’s best for our community,” Carberry said in the email.

Myrick said because Cornell is tax-exempt by New York state, the city has little leverage over Cornell in discussions of what it should pay. The city could reduce services to Cornell, such as public safety, but he does not want to do that, Myrick said.

“There’s always talk of targeting service reductions, reducing services that the university relies on,” Myrick said. “When you talk about public safety, you’re talking about people’s lives, and that’s not something you should be playing tug-of-war with over a budget matter.”

Before the budget can be finalized, the Common Council must approve a budget. The council will meet again to discuss the budget at its meeting on Oct. 15.