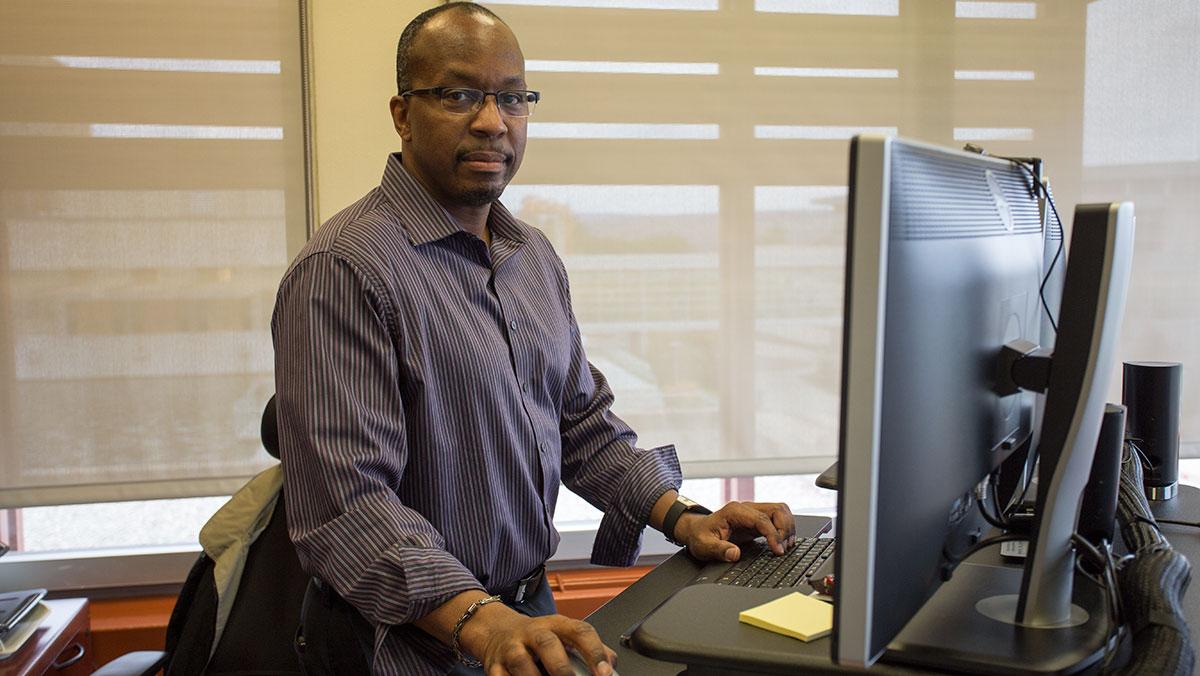 A random selection of students, faculty and staff currently have the chance to evaluate the technological services provided on the Ithaca College campus.

The college’s Information Technology Services kicked off its five-year strategic plan on Oct. 23 with the first round of annual surveys, distributed to a random selection of 25 percent of students, faculty and staff.

Keith McIntosh, associate vice president of ITS and chief information officer, said the five-year strategic plan aims to improve the technologies available on campus and the services ITS offers.

“Our goal is to try and seek input collaboratively from all of the college to find out what it is that we need to do to help our colleagues throughout the institution, improve our services, take us to another level, support our faculty, staff and students,” McIntosh said.

The survey contains questions regarding the accessibility of Internet on campus, the effectiveness of the technology support staff in resolving issues and the current strengths and weaknesses of technology services at the college.

McIntosh said the responses will help ITS shape its strategic plan, and the results will be made public within weeks after the last responses are received on Nov. 7.

He said he decided to survey 25 percent of the college because this should help ITS avoid giving the survey to the same people over the course of the next four years.

“Twenty-five percent is a right number for controlling the population and getting enough feedback,” he said. “We won’t ask you to take the same survey each year because the odds are that we’ll get someone else, so we’re not burdening the same people every year.”

Marilyn Dispensa, instructional technology coordinator, said the surveys will be the initial step in helping ITS determine what kind of changes should be placed in the strategic plan.

“[The survey] is one prong of how we want to get feedback from the campus,” Dispensa said. “We’re going to take the results of this survey and do crowdsourcing to get to know which ideas people want. I think we may also do focus groups of about 12 people, because you get really great ideas from people bouncing off of other people’s ideas.”

However, Dispensa said the turnout for the survey hasn’t been as high as ITS expected.

Sophomore Christian Cassidy-Amstutz took the survey because he said he was unsatisfied with the Internet on campus.

“I’ve been noticing connectivity issues with the Wi-Fi across the campus,” he said. “I’m satisfied with the technological support that ITS is giving, but the Internet connectivity has been absolutely atrocious.”

Sophomore Molly Caldwell, another student who took the survey, said she was also concerned about the Internet accessibility on campus.

“I did it mostly for the Wi-Fi because I’m not impressed with it,” Caldwell said. “The ITS people are nice, and [the college’s] website is useful, so the only problem was with Wi-Fi. It’s really spotty in certain places.”

McIntosh said he plans to evaluate the responses of the surveys, regardless of how many come in, and talk to students in person so that the strategic plan will be based on real problems that students deal with.

“Some time in the near future, my team and I will be going out to talk to individuals in actual face-to-face conversations,” McIntosh said. “I really want this to be a collaborative process. I want to ask them what they wish we were doing.”

McIntosh said ITS is expected to draft a long-term strategic plan by April 2015 from the feedback collected throughout the year, which will then be reviewed by the administration and the Ithaca College Board of Trustees.

William Weeks, director of infrastructure and communication services, said details cannot be given at this point on what will be included in the long-term draft, but it will align with ITS’ mission to be focused on the students.

“We’re placing a high value in supporting and enhancing the student-centered educational experience at Ithaca College,” Weeks said. “That’s our mission, and I hope the students know that, too.