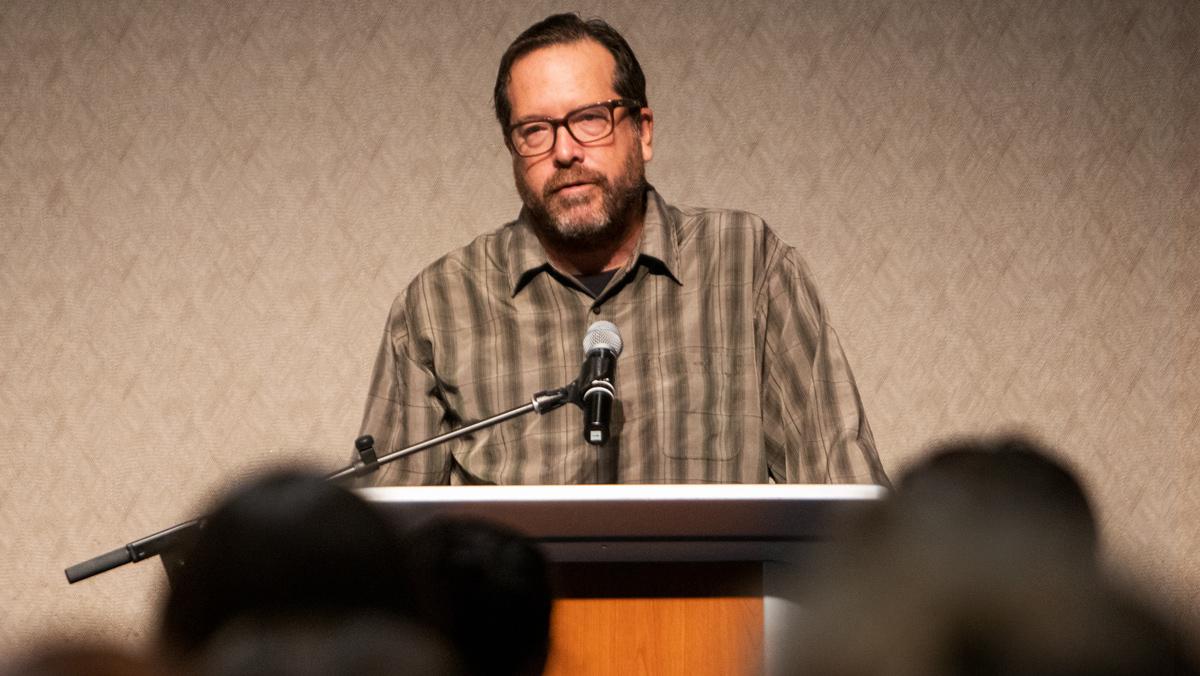 Todd Miller, award-winning journalist and author, spoke about his recently published book “Empire of Borders” at an event hosted by the Park Center for Independent Media (PCIM) on Oct. 22.

Miller has had his work published in The New York Times and the San Francisco Chronicle along with Al Jazeera English, a Qatar-based news channel, and more. Miller’s work focuses on issues pertaining to borders and immigration around the world. The event was attended by approximately 30 people. Miller’s lecture focused on the strengthening of borders, both in the United States and abroad, and the intervention of the United States into foreign countries.

In addition to “Empire of Borders,” Miller has written the books “Border Patrol Nation: Dispatches from the Front Lines of Homeland Security” and “Storming the Wall: Climate Change, Migration, and Homeland Security.”

Miller also won an Izzy Award in 2018 for his work. PCIM presents the award annually to independent journalists.

Miller spoke of his time at the Mexico-Guatemala border in August 2014. He said he met a family while traveling in a van from Ciudad Hidalgo to Tapachula — cites both located in Mexico. The family was going to the wake of another family member. The van then neared an immigration checkpoint where officials were questioning people about how they were in the country. Miller said both he and the photojournalist he was with had their immigration and travel papers while the family members did not. Miller said the driver of the van took an alternate route to avoid the checkpoint.

In 2010, he wrote a story published by the North American Congress on Latin America on immigration from Haiti after the devastating earthquake. In 2012, he was on the west coast of Puerto Rico visiting a Department of Homeland Security complex while researching for his book “Border Patrol Nation.” Miller said that in Haiti he learned a great deal about the U.S. border.

“What I came across was a border story and how elastic the U.S. border is,” Miller said.

He said the border has been constantly growing and evolving over the past 25 years. The border has become increasingly protected both through funding and guards. Miller said that while the borders have grown, it has also led to an increase in the deaths of people trying to cross the border.

“The U.S. southern border has long been in a kind of massive growth and massive fortification,” Miller said.

Miller said that between the three programs, there are U.S.-sponsored border programs in over 100 countries. Miller said borders are growing stronger on a global scale. He said that around the world there are 77 border walls and billions of dollars spent on surveillance technology. In addition, he said there are hundreds of thousands of border patrol agents across the globe.

Sophomore Ben DiNoia said the event was interesting because he thought Miller had a unique perspective.

“I think he’s doing important work, and it was interesting and inspiring to see his insight,” DiNoia said.

Sophomore Seidy Bobadilla said she had a strong interest in the topic of Miller’s writing as she is from the Dominican Republic.

“I thought it was pretty informative,” Bobadilla said. “I think it’s really nice that he’s so passionate about it.”

Senior Hannah Brooks works for Raza Rumi, director of PCIM, as a teaching assistant. She said she attended the event because of her interest in the United States’ international impact.

“I was interested to learn about the far reach that the U.S. has and how much it’s influenced the way that other countries build up their borders,” Brooks said.

After the event, Miller was outside of the Emerson Suites signing copies of his book “Empire of Borders,” which could be bought for $32.