Kayla Dwyer to be The Ithacan’s next editor in chief 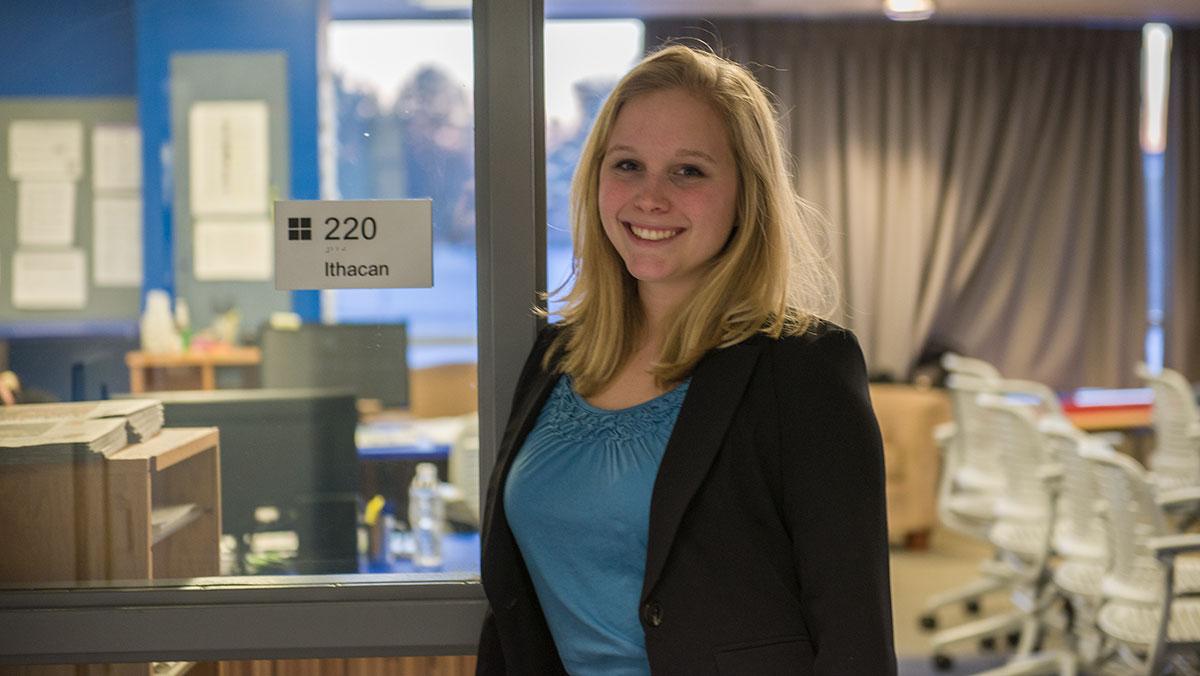 Kayla Dwyer, a junior journalism major, will serve as The Ithacan’s editor in chief for the 2016–17 academic year.

Dwyer, The Ithacan’s current opinion editor, was the only candidate for the position interviewed at the Board of Publications meeting April 5. The board then recommended that Diane Gayeski, the dean of the Roy H. Park School of Communications, hire Dwyer as the next editor in chief. Gayeski accepted the board’s recommendation.

Dwyer has been working for The Ithacan since her freshman year. She has served on the editorial board as an assistant news editor, news editor and opinion editor. Outside of The Ithacan, Dwyer is currently an assistant producer on ICTV’s “Newswatch,” a member of Ithaca College’s chapter of the Society of Professional Journalists and the communications manager of Premium Blend, Ithaca College’s all-female a cappella group.

Dwyer has professional news experience as a summer intern for The Morning Call, a daily newspaper in Allentown, Pennsylvania. Dwyer studied abroad in Morocco during the Fall 2015 semester, where she served as the editor of Reporting Morocco, a student-run website that features news and feature pieces produced by students studying abroad in Morocco. In February, Newsweek published a story she wrote about prostitution in Morocco. She has recently been hired as a news intern by Newsday.com, where she will work this summer before returning to Ithaca.