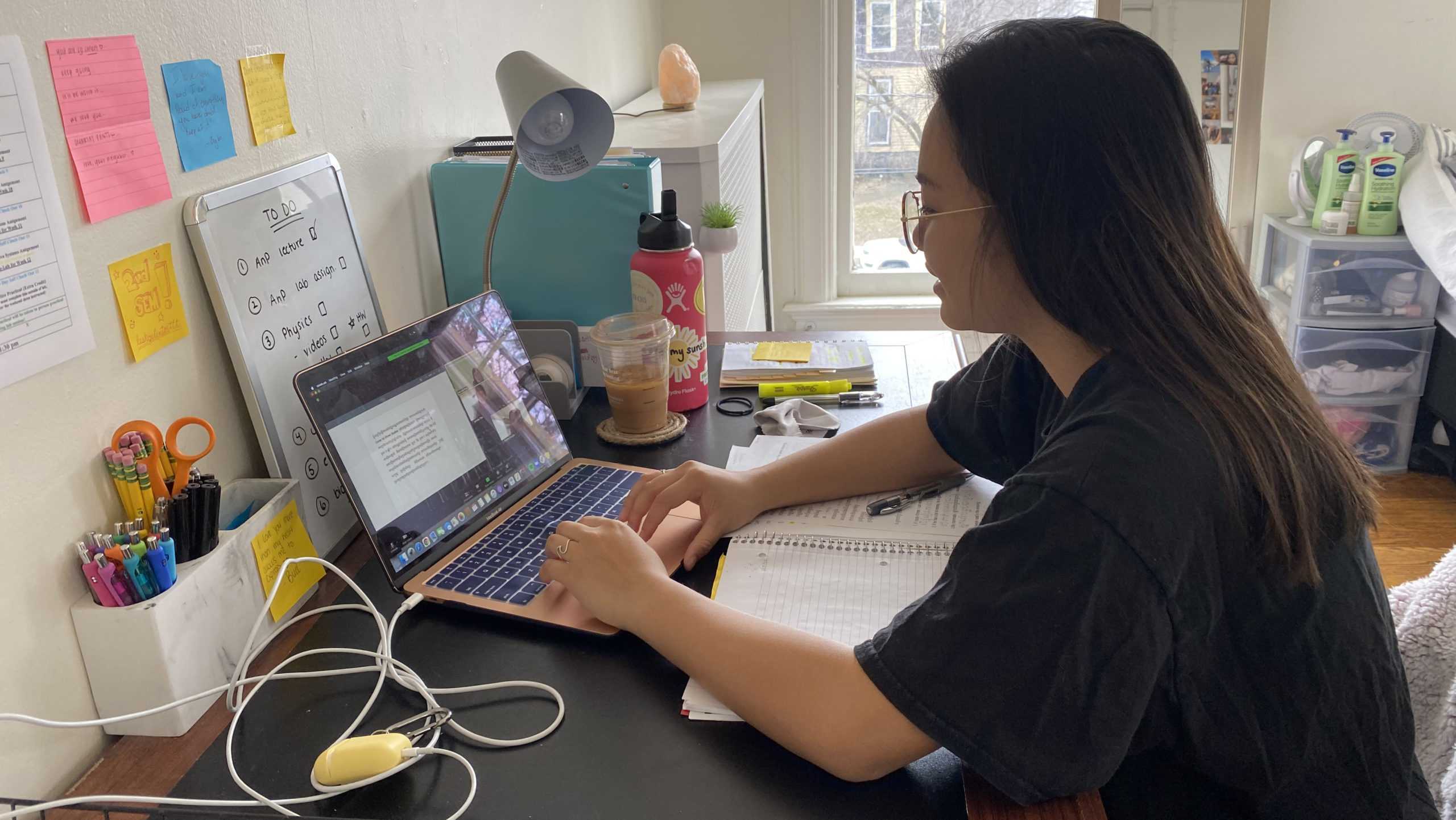 Ithaca College sophomore Irena Rosenberg is one of four students taking Intermediate Khmer II, a language class offered at Cornell University. She took Intermediate Khmer I during the fall semester and was enrolled in the Southeast Asian Studies Summer Institute at the University of Wisconsin-Madison during the summer to jumpstart her experience with the language.

The Academic Program Prioritization Implementation Committee’s (APPIC) plans for program and faculty cuts in the Department of Modern Languages and Literatures are outlined in the “Shape of the College” document. Michael Richardson, professor and chair of the department, said it is losing two full-time faculty and five contingent faculty members, which will have an impact on the languages offered at Ithaca College.

Rosenberg said that studying Khmer at the intermediate level satisfies her foreign language requirement as an international business studies minor and gives her the opportunity to connect with her cultural roots.

“For it being my own language, I knew that I wanted to take that and have that also for professional reasons online,” Rosenberg said. “I really liked the ability to do so with the IC-CU Exchange Program. It was nice to have the further option of taking something that would be even more personally beneficial to me.”

Rosenberg said that making connections with peers from other schools is her favorite part of the program and that having students from Cornell and Yale University in her classes helps with motivation to do her best. Yale students can take classes at Cornell virtually through the Shared Course Initiative, an agreement between Yale, Cornell and Columbia University to share instruction for less commonly taught languages.

“I feel like you get to know people in such a different way when you’re learning something so specific as a language because you’re reprogramming your brain in so many different ways,” she said.

Ava White, programming assistant and new initiatives coordinator of the Southeast Asia Program at Cornell, said she received her Master of Arts in international economics and Southeast Asian studies and feels studying language is important for students.

“It’s always really exciting to see people who are passionate about taking a class, who are willing to find that class at a university outside of their own, take a bus across town, before the pandemic, to come all the way over here and study,” she said. “That’s exciting to have people with that kind of passion in your class, and it’s something we like to see.”

At Ithaca College, Richardson called his experience of processing the APPIC cuts traumatic, as the faculty being cut have all been at the college for more than 10 years.

“It was pretty distressing,” he said. “I don’t want to say that I was surprised because I feel like languages have been on the chopping block for some time, and I don’t think that the institution necessarily prioritizes foreign language learning.”

According to The Chronicle of Higher Education, higher education institutions in the U.S. cut 651 foreign language programs from 2013 to 2016.

Richardson said he agrees that the exchange program is great but feels it should not be seen as a replacement for the languages that are being cut.

“When I tried to push back on some of these cuts, I was told, ‘Well, students can take languages over at Cornell,’ which to me is a not very satisfactory answer,” Richardson said. “I think that it’s one thing to provide students with the benefit of this exchange, and it’s a wonderful benefit to tap into the courses over at Cornell, but I think we don’t want to be relying on that when we’re talking about the experiences students can have.”

Arabic, Hebrew, Latin and Chinese courses are currently offered through the intermediate level at the college. Richardson said that after the cuts are in effect, Chinese will be the only one out of the four left, reduced to the elementary level. It will be the only non-European language offered at the college. All four languages are currently offered at Cornell up to the advanced level.

Ithaca College students who enroll in a class at Cornell often find other resources and organizations at the university that they can get involved with, like different outreach programs, White said.

“Especially if you have ties to the culture and to the places, once you learn the language it just opens up so many opportunities that you’d be interested in,” Shan said.

Richardson said that with remote learning options in place for Ithaca College students enrolled in the program due to the COVID-19 pandemic, he is unsure whether or not these cuts will drive more students at Ithaca College to enroll in language classes at Cornell once classes are back in person due to driving times and scheduling trouble.

“It sounds good on paper to say, ‘Oh, if you’re interested in a non-European language, just go to Cornell,’ but the reality of it is I think students might find it much more challenging to work that into their schedules,” he said.

Despite the cuts, Richardson expressed that he still believes Ithaca College will be able to provide an enriching language experience for students.

Wofford said that on average, at least one Ithaca student will take a language class at Cornell per semester, with nine students approved for the current spring semester.

“Managing two campuses is an adventure in time management, but the IC-CU Exchange Program is a wonderful opportunity to branch out and explore a second, thriving campus community in Ithaca, and to study more deeply and broadly in academic and professional fields that interest you most,” Wofford said via email.