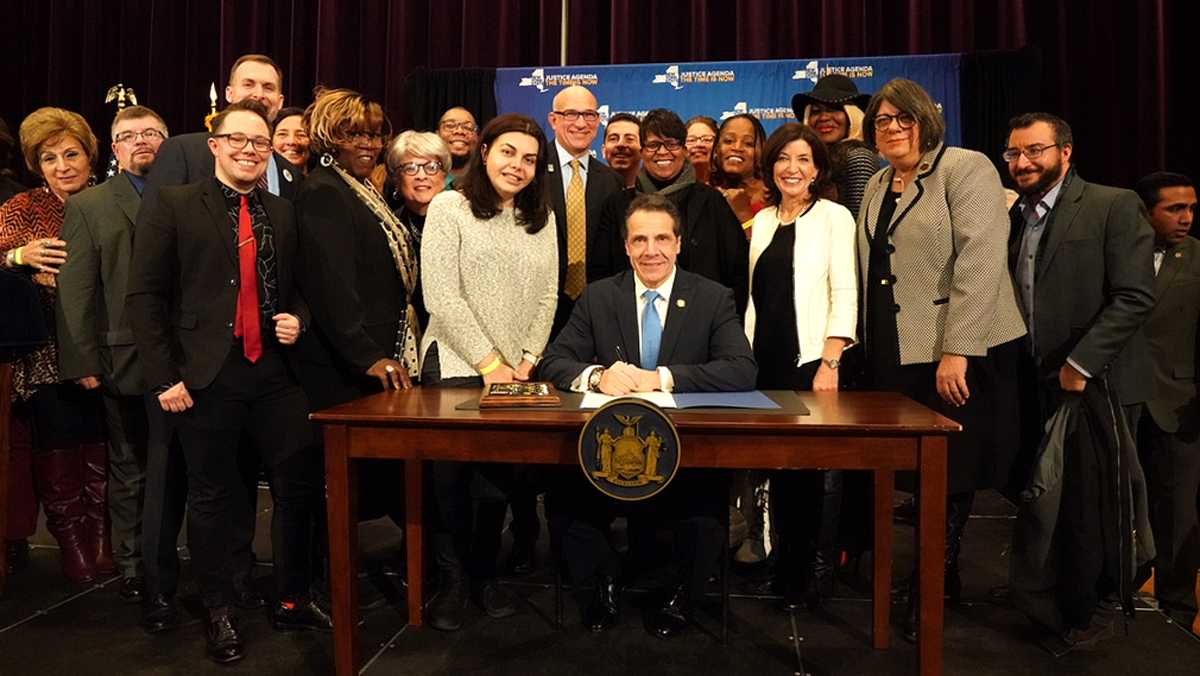 On Jan. 25, Gov. Andrew Cuomo signed into law both the Gender Expression Non-Discrimination Act (GENDA), which prohibits discrimination based on gender identity or expression in New York state and a bill banning the practice of conversion therapy on patients under 18.

Luca Maurer, director of the Center for LGBT Education, Outreach and Services, was invited to attend the bill signing because of his history promoting rights for the LGBTQ community. He is one of the founding members of the New York Association for Gender Rights Advocacy, the first organization to advocate for transgender rights in New York. Maurer has been working to get GENDA passed for years by working with legislators, policy makers and community organizations in New York.

Staff writer Sam Haut spoke with Maurer about the struggles he encountered to get the bill passed, its significance to the LGBTQ community and what it means for him personally.

Sam Haut: You attended the bill signing. Can you tell me more about it?

Luca Maurer: The governor’s office reached out to personally invite me to the signing of the bills, and so, I was incredibly excited, to say the least. I, and a lot of people, have been trying to get the GENDA bill passed for years, like more than 17 years. … There was a statewide organization around sexual orientation, and their leader specifically said ‘No, this is too much — we’re just going to do the LGB part, and we’ll come around and get you, don’t worry, it will be quick, we’ll do this right away.’ Of course, that’s not what happened. The bill went forward with only sexual orientation, and it was passed in 2002, and it took effect around 2003. Since that time, we’ve all been trying to come back around to pick everyone else up.

SH: When the bill was being proposed originally … were they just doing it based on the recommendations of the LGB group that suggested it and didn’t feel the need consider the transgender part?

LM: I think at the time, legislators, rightfully so, said ‘LGBT organizations: Tell us your input, we want to get this right.’ The bigger, more powerful organizations won that. I don’t think anyone did it out of malice, but today we would look back and say ‘Wow, you could have used your privilege and influence for something more inclusive.’

SH: What kind of impact do you think this bill will have on the community?

LM: Certainly it extends civil rights protections to transgender and gender nonconforming folks in New York state, which is huge. … It also, I think, will have another effect, and that is for cisgender people. I think it opens a window to knowing more about who we are as transgender people. … A lot of people were like, ‘Oh, I thought we had that.’ That’s very kind, but that demonstrates privilege, right? The privilege to not know someone is protected.

SH: What kind of steps still need to be taken?

LM: There still needs to be some stuff around protecting the rights of LGBTQ families and their children. To sure up protections that clearly states yes, if you’re a same-sex couple and you have children, they are your children. There are still some policy and legislation hopefully to happen around the birth certificate process. Transgender people can change their birth certificate, but that process could be fewer restrictions on how that process takes place, that would make it easier for many people.

SH: Do you know why Republicans didn’t want to pass the legislation?

LM: They televised the discussion on the Senate floor when it came up for a vote. I would encourage you to take a look at the video to see some of the things our elected officials are saying. It’s all about comparing and contrasting the idea that, when we see each other as fully worthy people, that is one way of looking at the world. Another way of looking at the world is to disparage, denigrate, despise people who we think are different from us.

SH: Have you noticed any change in argument from 2002 to now in terms of what Republicans are saying about not wanting to pass the GENDA bill?

LM: The legislative and public policy arguments I’ve seen are not only the same old tired arguments, but they are the arguments that have been used against other disenfranchised people. Bathroom bills — That’s not a new idea. It’s new to use it against transgender people. Let’s go back to the civil rights movement and segregation. Separate facilities, separate restrooms, separate swimming pools — It’s not the same, but it’s a similar theme. It’s a very effective tactic to erase people from public life.

SH: Is the conversion therapy ban more of a new thing?

SH: That’s not something you were considering when you were getting the sexual orientation bill passed?

LM: It hadn’t even entered my awareness that it was something that enough people would be on board for. As a person who has had that personal experience as well — to me having experienced family members who threatened to ‘put me away in an institution’ because of what was ‘wrong’ with me — to even imagine a day when not only would other people stand up and say, ‘I don’t think that’s right,’ but people would be willing to say, ‘We’ve seen that this practice is ineffective and harmful and unethical, let’s say you can’t do it.’ That is one area where it hadn’t even occurred to me that that could be something we could organize around.

SH: You experienced it personally?

SH: You were sent there?

LM: Yup, yup. And the fear that it could happen. Family or relatives threatened, ‘You better change yourself or we’re going to send you away.’ Even just the threat that some could be sent against their will as a child or as adults. I know people as adults whose parents would seek to have them committed simply because they’re gay, lesbian, bi or trans. That threat can be very effective.