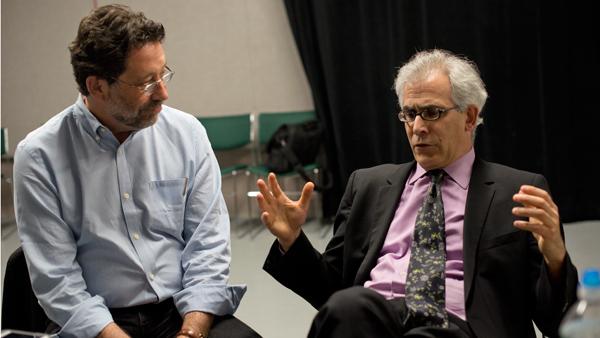 Independent media and investigative reporting were in the spotlight as recipients for Mother Jones received the fifth Annual Izzy Awards on Wednesday.

The Izzy Award is named in honor of journalist I.F. “Izzy” Stone, who wrote groundbreaking stories revealing news of government misdealings to the public in the 1950s. It is given annually to an outstanding independent media outlet that has published newsworthy and effective media in the previous year. Mother Jones’ journalists covered controversial issues, including environmental policies, questionable campaign financing in the presidential election and in-depth research of the mass shootings in the country over the past 30 years.

Katz said Mother Jones shares a similar objective with Izzy Stone, because his goal was to produce effective journalism that helped to better inform and inspire the public.

“Our assumption is that when people know the context and they can interpret the meaning of things, they can make smart decisions,” Katz said. “I think all of us are inspired by the model and example that Izzy Stone presented of being a really engaged journalist who was an expert in what he did.”

One of the most explosive pieces that Mother Jones produced this past year was the coverage Corn did on presidential nominee Mitt Romney’s 47 percent video, in which Romney claimed almost half of the country was living off of the rich.

Cohen said Mother Jones is an example of exactly what independent media has the ability to do.

Sheppard said unlike mainstream media, independent media is able to focus on getting the story out there.

“We are able to cover stories before they become things, and we can stick with the story for a long time after everyone else has moved on to the next big thing,” Sheppard said. “We have some freedom to cover things early and to keep covering them.”

Corn had worked with I.F. ‘Izzy’ Stone, after whom the award is named, and followed in his footsteps as Washington editor of The Nation. At the ceremony, Corn spoke of his experience with Stone and remembers some of the lessons he learned.

“[Izzy] always told me to stay to the end,” Corn said to the audience Wednesday. “The most interesting things always happen at the end.”

Cohen said people began to look for alternative news outlets when mainstream media seemed to miss two of the biggest news stories of the last decade — what would be found after the invasion in Iraq and how the financial system and Wall Street were doing.

Katz said Mother Jones has been using the strategy of being the first to report something, and Corn agreed that the first person to have the latest scoop is going to be popular.

“There’s two ways to give people information,” he said. “You give information about something that they already care about to provide a better way of understanding something. The other thing you can do is tell someone, ‘Here’s something that you didn’t know, that you should know.’ There is nothing more powerful than that.”

The three professionals seemed to share the opinion that journalism continues to grow and that it has not yet reached its peak.