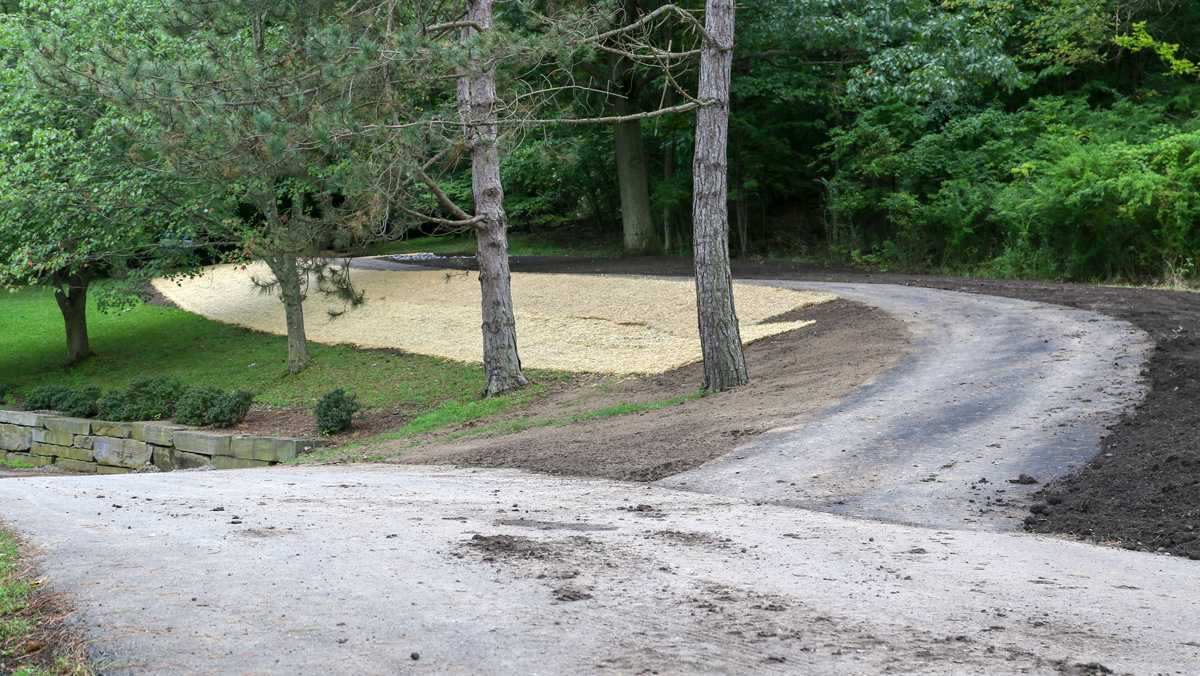 Elias Olsen/The Ithacan
Two companies, Dominion Energy and the J.M McDonald Foundation, supplied the funds for the path. Work on the Boothroyd Trail began over the summer, and while there have been setbacks in the construction process, the trail is expected to be finished by mid-Fall 2018.
By Ryan Bieber — Contributing Writer
Published: September 11, 2018

This summer, the Ithaca College Natural Lands received two $15,000 grants from private foundations to fund paved roads to increase the accessibility of the Boothroyd Woods Trail.

Two companies, Dominion Energy and the J.M McDonald Foundation, supplied the funds. Work on the Boothroyd Trail began over the summer, and while there have been setbacks in the construction process, the trail is expected to be finished by mid-Fall 2018.

Despite having 5 miles of undeveloped trails, the ICNL organization has chosen the more readily accessible Boothroyd Trail as the sole benefactor of $30,000 in grant money. Due to its frequent use and connection to surrounding neighborhoods, repairs to Boothroyd were a necessity, senior Oscar Mayer, a Natural Lands intern, said.

“The Boothroyd Trail had been deteriorating at such a rate, people were walking around into the woods, which was leading to erosion and making the trail more muddy,” Mayer said. “We realized we have to start with our old trails and make sure that they’re passable.”

Junior Samuel Hillmann, an environmental studies major, has made many physical repairs to the Boothroyd Trail and said that devoting resources to this single trail will promote the use of the other trails in the Natural Lands as well.

“Boothroyd was by far the most popular trail before we made any improvements,” Hillmann said. “Now that it’s not going to be a muddy swamp anymore, it will become even more popular and hopefully that encourages people to explore the rest of the trail network we have.

While most of the improvements have already been completed, there is still work to be done. The main focus of the grant was improving accessibility, and the money only funded the paved walk up to the trail. Further repairs not covered by the grants, including improved drainage and gravel beds, are underway. Jake Brenner, associate professor in the Department of Environmental Studies and Sciences and faculty manager of the ICNL, said the total project cost is not yet available because the work is still in process.

Mayer said the trail will remain open throughout the construction.

“We have to recognize this is an ongoing process,” he said. “It’s important for us to make sure that the community can still use it.”

For many Ithacans who frequent Boothroyd, the renovations are a welcome relief, Mayer said. Bridget Bower, librarian and archivist at the college, is just one of the many people who rely on this trail.

Bower travels a mile back and forth each day on the Boothroyd trail in order to get to campus. While she said there are still some issues with drainage, she thinks the changes have been beneficial.

“I would often come into work or get home from work with mud splashed up to my knees,” Bower said. “It’s a lot safer for people going through, and I feel like having the trail will protect the natural environment.”

Some members of the college community have expressed their anger online toward one of the grant givers, Dominion Energy. Dominion Energy is one of the nation’s largest producers and transporters of energy but has a controversial history regarding its use of fossil fuels and harm to the environment.

Brenner said he sees no reason not to take the grant money.

“I have no problem accepting a grant from Dominion Energy,” Brenner said. “As far as I know, Dominion has no particular nefarious reputation as far as fossil fuels go.”

Mayer also said he has few qualms with using Dominion Energy as means of funding the work on the Boothroyd trails.

“Even though we might not agree about how the environment should be used, it’s undeniable that they are helping us do something we wouldn’t otherwise be able to do,” Mayer said. “They deserve credit for that.”

In the coming weeks, the ICNL staff will continue fixing the trail. Aside from the repairs mentioned above, the team will also be adding an informational kiosk outside the Boothroyd entrance.

Following the trail’s completion, the ICNL has no major plans on the horizon. Brenner said improving trail accessibility is uncommon for the ICNL.

“This is a standalone project that satisfies our objectives,” Brenner said. “We want to maintain the wild, adventurous character of the rest of the Natural Lands.”

Correction: A previous version of this article incorrectly stated that some members of the college community voiced anger toward Dominion Energy via Intercom. Only one of the comments was posted on Intercom.