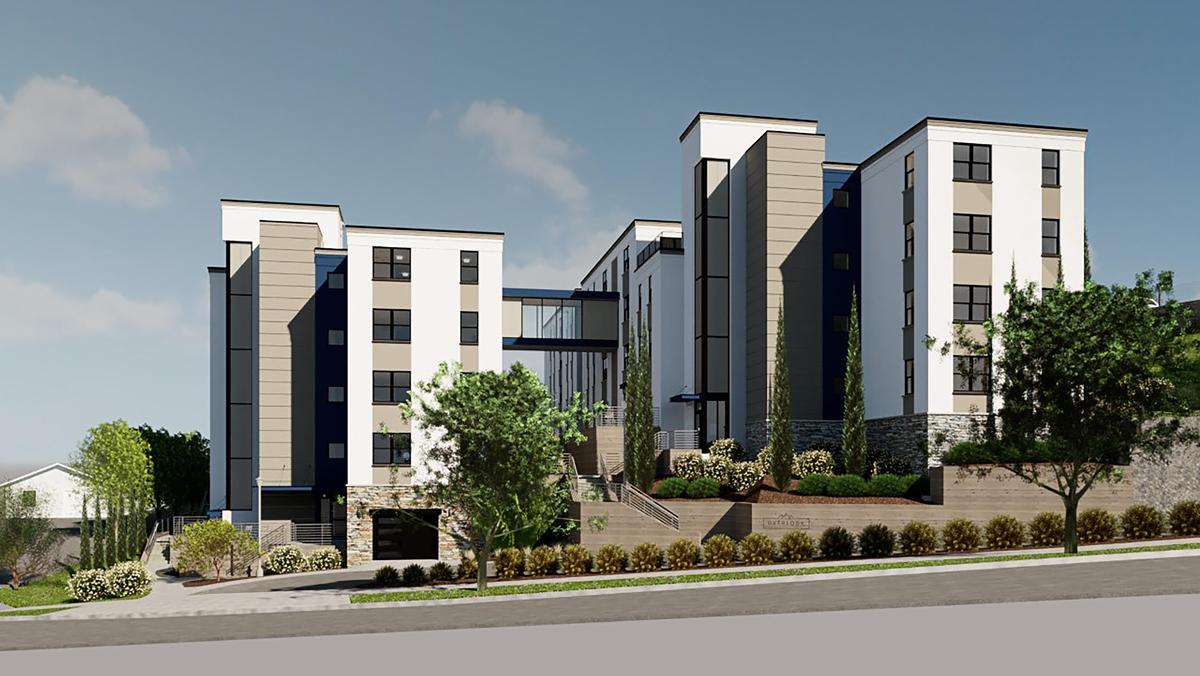 Courtesy of Stream Collaborative
The housing development is being developed by Modern Living Rentals and Visum Development Group, two Ithaca-based real estate companies. The building will be made up of 66 apartment units and 153 total beds.
By Alexis Manore — Assistant News Editor
Published: November 6, 2019

A proposed housing development located on South Aurora Street, which is aimed at Ithaca College students to provide an alternative to on-campus apartments, is going to be built after developers faced a lawsuit that attempted to prevent construction.

The housing development is being developed by Modern Living Rentals and Visum Development Group, two Ithaca-based real estate companies. The building will be made up of 66 apartment units and 153 total beds, said Charlie O’Connor, owner of Modern Living Rentals. O’Connor said he hopes the development will begin construction in Spring 2020 to be open for occupancy in August 2021. Although the apartment complex is meant for the college’s students, other Ithaca residents can live there.

The project, located at 815 S. Aurora St., is approximately a 2–minute drive or a 13–minute walk to campus. The project received preliminary site plan approval in July 2019. However, three property owners who live in buildings adjacent to 815 S. Aurora St. filed a lawsuit Aug. 21 that attempted to appeal the approval. The lawsuit was filed against Visum Development, Common Council, the City of Ithaca and the City of Ithaca Planning and Development Board. The project received final approval from the board in September.

The lawsuit alleged that the defendants ignored state and local laws and that the project would endanger the health, safety and well–being of the neighborhood. The lawsuit asked for the planning board to revoke the preliminary site plan approval that it granted to the project.

Todd Fox, owner of Visum Development, an Ithaca-based development company that was one of the targets of the lawsuit, said via email that he was disappointed about the lawsuit.

Modern Living Rentals first proposed the housing development in 2015, but a city law stated that no habitable structure or outdoor area could be built within double the radius of a communications tower. The parcel of proposed land fell within the radius of the nearby cell phone tower. 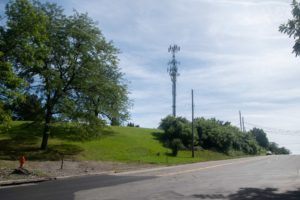 The project, located at 815 S. Aurora St., is approximately a 2-minute drive or a 13-minute walk to campus. Kristen Harrison/The Ithacan

In 2016, the law was amended to state that no habitable structure or outdoor area could be built within the height of a communications tower plus 20%, allowing the development to continue.

O’Connor said the price per bed will be approximately $1,000 per month — approximately $10,000 for the academic year — to compete with the cost of the Circle Apartments. A double room in a Circles apartment for the 2019–20 academic year costs $10,952, and a single room costs $12,720. A Garden apartment costs $10,684 for the 2019–20 academic year. O’Connor said he wanted students to have apartments with new facilities, like an on-site gym, media lounges and study rooms. The college began renting apartments from the Circles Apartments, which were independently owned at the time in 1995, and it purchased the units in 2010. Construction began on the college’s Garden Apartments in 1969 and finished in 1971.

O’Connor said he decided to develop on South Aurora Street because it is close to both the college and downtown Ithaca. A walk from 815 S. Aurora St. to the college is approximately 2 minutes, and a walk to The Commons takes approximately 15 minutes.

She said she supports the growth of affordable housing in Ithaca but thinks the development’s architectural design does not fit in with the rest of the buildings in Ithaca.

“It might be developing and expanding, which is great for the city, but it’s faltering in … really understanding how the developments are going to fit with what makes Ithaca so amazing, which is quaint streets, which have historically, aesthetically compelling buildings,” Crane said.

Dean of Students Bonnie Prunty said the development of the apartment complex pushes the college to maintain the quality of its on-campus apartments but provides an alternative for students who want to live off-campus.

“It will just continue to put good pressure on us to make sure that our facilities, in particular, our higher–end apartment facilities, are in good condition and offer the amenities our students are looking for,” Prunty said.