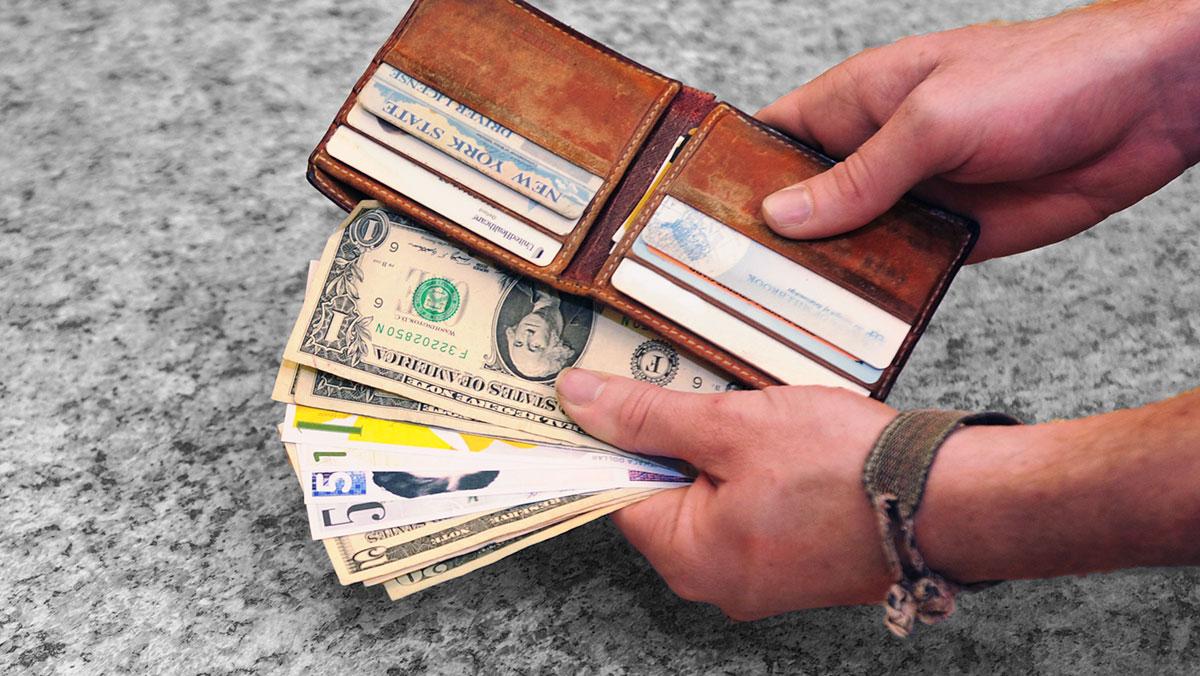 Courtesy of Tom Hoebbel
Ithacash, which founder Scott Morris said will be printed and released into circulation in June or July, will have an even exchange rate with the U.S. dollar — $1 will be worth i$1.
By Faith Meckley — Staff Writer
Published: April 15, 2015

This summer, the Ithaca community will have a new alternative to the U.S. dollar to use for local transactions: Ithacash.

Ithacash, which founder Scott Morris said will be printed and released into circulation in June or July, will have an even exchange rate with the U.S. dollar — $1 will be worth i$1. Morris said to start, Ithacash, demarked as i$, will be available in i$1 and in i$5 bills, with i$10 and i$20 bills to be produced in the future. Ithacash will also be available for use in online transactions, Morris said, with a text-to-pay system that patrons can use on their cellphones without the need of a card. So far, Morris said 72 Ithaca businesses have signed on to accept Ithacash.

Lehmann said since Glover stepped away from the management of Ithaca HOURS and left Ithaca in the early 2000s, HOURS has lacked a highly energized member dedicated to making HOURS thrive.

“Paul Glover did some great social activism to get this rolling,” Lehmann said. “He actively went around to a lot of vendors in the community … and asked them to accept HOURS. We have yet to replace that energy.”

After moving to Ithaca in 2012, Morris said he first tried to address the problems with and revitalize Ithaca HOURS, but “found that was not in the cards” due to disagreements with the HOURS board. So, instead, he turned his attention to creating a new currency.

Morris said the biggest problem with Ithaca HOURS is that it does not have a strong enough revenue-generating system to support a full-time employee.

“People who work for currency systems can’t be expected to work for free,” Morris said.

Ithacash will generate revenue with membership fees from participating businesses, Morris said. In return for paying for a membership, Morris said members will have access to an account manager, a vote in the governance of the system, zero percent interest, the text-to-pay system and their business will be listed in an online directory.

Morris said in order for a local currency to become legal, it must follow U.S. currency law. He said local currencies cannot be used to pay taxes, denominations must be worth no fewer than $1 — leaving coins out of the question — and they cannot carry a design that can confuse them with the U.S. dollar.

While Ithacash will have a direct exchange rate with U.S. dollars, exchanging HOURS is not as direct. One Ithaca HOUR is worth $10. This exchange rate was determined with the idea that, in 1991, $10 per hour was a living wage in Ithaca. So, one HOUR could theoretically be worth a fair hour of labor. Lehmann said today, a livable wage in Ithaca would be somewhere between $13–15. Currently, HOURS are available in two, one, one-half, one-fourth, one-eighth and one-tenth bills, with one-tenth HOUR being worth $1.

Lehmann said HOURS have a tendency to build up at Ithaca Bakery, GreenStar and Alternatives Federal Credit Union — which are some of the largest Ithaca businesses that accept them — and effort has to be put into spreading them across the community again. In addition, since many businesses don’t accept HOURS as full payment — for example, at GreenStar, a customer can only use one-fourth HOUR per $20 of merchandise — Lehmann said Ithaca HOURS often function more like coupons.

Lehmann said an important tipping point for Ithacash would be if it could receive acceptance at larger businesses, like Wegmans, without restrictions on how much could be used in a given purchase.

Joe Wetmore, owner of Autumn Leaves Used Books, said he likes the community aspect of HOURS and how the currency makes him think harder about his purchases in terms of buying locally. However, he said he has seen a decline in the use of HOURS at his business.

“Almost never now, it’s very rare that I get any HOURS,” Wetmore said.

Wetmore said he is interested in the online transaction component of Ithacash and is looking into participating in the new system. He said although there is room for multiple currencies in Ithaca, he thinks it is likely that Ithacash will take over Ithaca HOURS.

Morris said he would like to see Ithacash, Ithaca HOURS and Tompkins Time Traders — another form of local currency for Tompkins County — coexist.

“HOURS did a very good job of storytelling,” Morris said. “It’s famous for a very good reason. It did enjoy some widespread adoption.”

Lehmann said although he is optimistic that Ithacash and Ithaca HOURS can collaborate, his biggest priority is that Ithaca has an alternative currency option.

“[I don’t] care what it’s called, so long as it’s run with trust, honor and integrity,” Lehmann said. “I’m really saying that without wearing my board hat — I just want to see alternative currency flow here.”

U.S. dollars can be exchanged for HOURS at Autumn Leaves or Alternatives Federal Credit Union, and community members interested in using Ithacash when it debuts can find more information for how to participate at http://www.ithacash.org/.