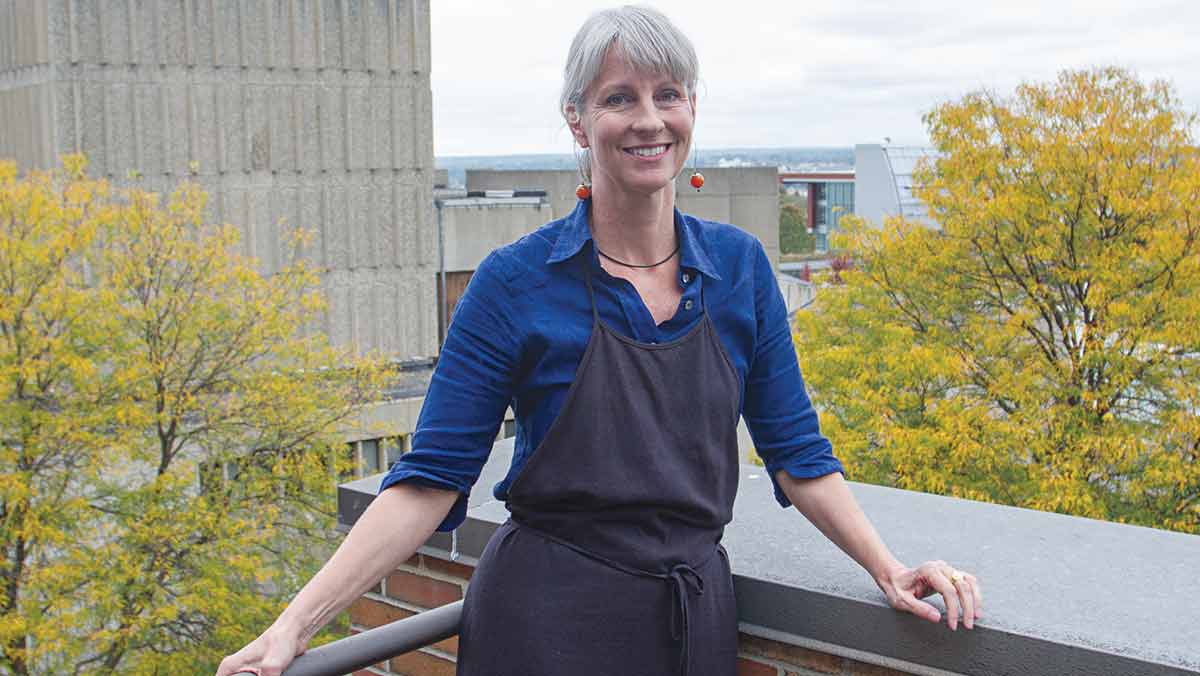 Ithaca College is establishing a new Master of Fine Arts program, a 25-month graduate program beginning this summer focusing on the cross-disciplinary interaction between writing and photography.

Catherine Taylor, MFA program co-director and associate professor in the writing department, said the program is the first official Image Text MFA in the country. Taylor said the program gives students the opportunity to explore an exciting, creative curriculum. Applications for the Summer 2016 incoming class will open this fall.

Along with the MFA program, the Image Text Ithaca initiative includes an annual symposium and an independent press.

“We hope that the graduate students will have an opportunity to really explore and push themselves and enter new territory, while also learning about traditions in those fields and increase their skill level with the technical side of those disciplines,” Taylor said.

Through the program, students will gain skills in photography, writing and design, Taylor said, and will be ready to take their artistic practice to the next level while preparing to publish their books and being able to work across disciplines.

Students will work with faculty and artists during three monthlong summer sessions in Ithaca and also study at the college’s New York, Los Angeles or London campuses for two annual, weeklong winter sessions. During their fall and spring academic terms, students will have the freedom to explore independent study while remaining in close guidance with their faculty advisers.

Nicholas Muellner, co-director and a professor of photography and critical studies, said the initiative began with two workshops in 2014 and 2015 and a symposium in 2015, which gave him the opportunity to see how writers and photographers could collaborate.

Taylor and Muellner, brought in six junior fellows and six senior fellows, a mix of emerging and established writers and photographers, to work together on projects.

“It was very successful. The participants were tremendously productive, and several books have been published from those encounters,” Taylor said. “They were very exploratory, playful and intense, and we hope to continue that same dynamic in the graduate program.”

While the program has just started, two books have already been published and were launched at the NY Art Book Fair Sept. 17–20: “Tessex?” and “Dark Archives.” These pieces emerge from the ITI Press, which is an integral part of the emerging MFA program at the college. The ITI Press, modeled on photographic and literary small presses, will publish both online and print works of text and image. Muellner said the program is based around an annual symposium and the work of a press. The terminal degree program is the highest degree you can attain in the Image Text graduate program. When students achieve this degree, many will be able to teach, Taylor said.

Taylor describes “Tessex?” as a “trash fabulous aesthetic” that was brought to life by a poet from Texas, a group of writers and photographers from England, and people from Essex who worked with a photographer. This group of incredibly talented people created an imaginary country that combined the best of Texas and Essex, and ended up writing the book.

“This is the kind of work that we hope will happen in the MFA program in the sense that two writers and two photographers get together and create a structure for a book that is not what either of them would do on their own,” Muellner said.

“Dark Archives” is an emotional memoir about growing up in poverty as a young black man in Philadelphia, Taylor said.

“Of the two books we have already published, one is printed on very fine, beautiful paper, it has a very classic design, [and] the text is traditionally formatted and elegant,” Taylor said of “Dark Archives.” “The other book is spiral–bound on very glossy paper, it looks a little bit like a trashy magazine, the photos bleed to the edge, and the text is very playful and sometimes appears as Post-it notes,” she said in reference to the work “Tessex?” “So there is a very wide range of aesthetics and formats.”

Muellner said he looks forward to the opportunities provided to students in this curriculum, and he is very enthusiastic to bring young, excited artists and writers together at this juncture. The MFA program allows talented writers and photographers to learn from one another.

Taylor said the program had its first meeting during the summer of 2014.
“I looked around and I saw 15, 16 amazing — many of them internationally known — artists all talking and working together, printing, making little books, writing poems on the fly, and I thought, ‘This is why I got into this,’” she said.