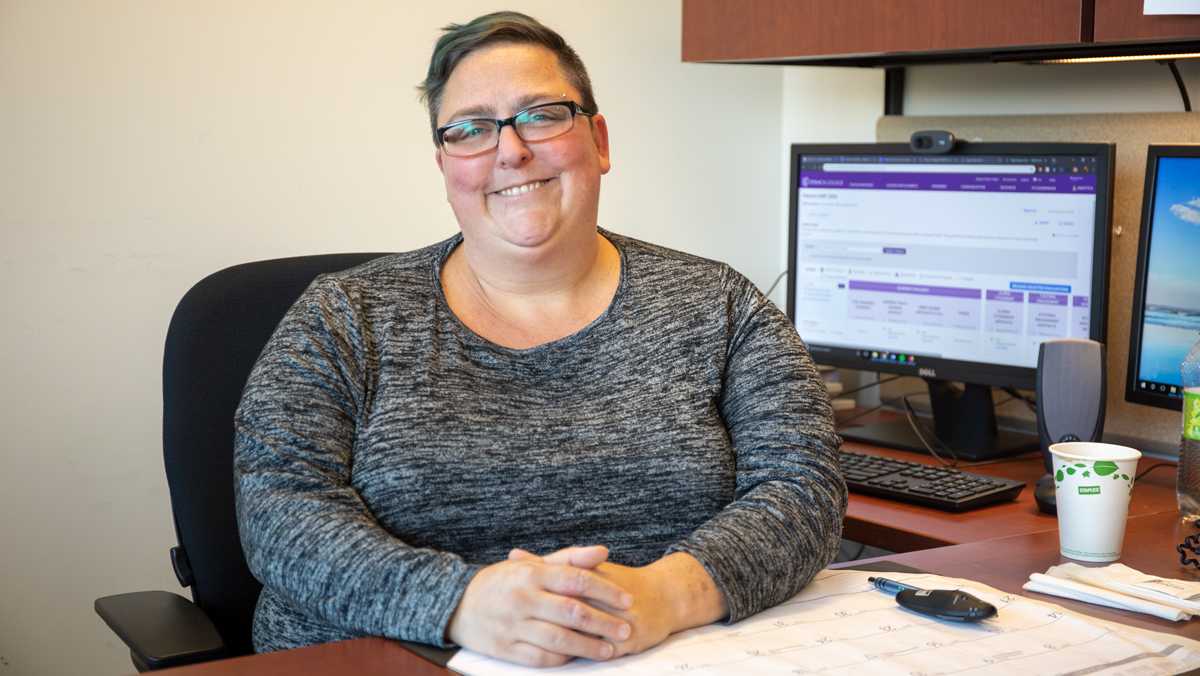 Julia Cherruault/The Ithacan
Jessye Cohen-Filipic, acting director of the Honors Program and associate professor in the Department of Psychology, said the new honors minor, which is replacing the program's previous requirements, will benefit student planning and scheduling.
By Elizabeth Henning
Published: October 28, 2018

Beginning this fall, all incoming honors students at Ithaca College are enrolled in the new honors minor in interdisciplinary studies: a 20–credit minor that has replaced the previous requirements to graduate with honors.

Jessye Cohen-Filipic, acting director of the Honors Program and associate professor in the Department of Psychology, said the minor includes intensive academic seminars, courses on civic and cultural engagement, and exposure to global citizenship and concludes with a capstone project and a senior seminar. She said the new format of the program will be easier for students to understand and plan for in their schedules.

Previously, students were required to take 11 credits of seminars and nine additional credits that could be earned through coursework or achievement points in order to graduate with honors. In addition, students had to fulfill requirements for five categories of work: Academic Challenge, Global Citizenship, Cultural Engagement, Civic Engagement and Scholarly Achievement. These previous requirements did not amount to an official minor.

The new minor eliminates achievement points and bases the requirements for the program entirely on class work, like any other minor on campus. The previous format was not considered a minor, and completion of the program was based on fulfillment of the aforementioned categories through portfolio uploads.

Cohen-Filipic said the new format will make it easier for students to get credit for the work they are doing in honors coursework.

“For the last handful of years, it has not been an official minor,” Cohen-Filipic said. “It couldn’t officially be used as a minor for the programs. For example, PT requires a minor, and you couldn’t necessarily use the Honors Program.”

She said the biggest challenge of the change is helping students transition to the new program.

“What Corey and I have been doing is a lot of educating students around that,” Cohen-Filipic said. “A lot of what we’re doing is educating people about the difference between the old and the new program and helping them figure out if they want to switch and how to do that.”

Young said she and Cohen-Filipic both look forward to working with students as the year progresses.

“I think this is a good structure moving forward,” Young said. “We look forward to communicating the new changes and getting the students on board with the new program and understanding the differences between the two.”

Sophomore Josie Sepel said the program was difficult for her to understand last year, and she was not sure if she would be able to complete all the requirements.

“It used to be super confusing and super convoluted, so I think they explained it the best they could, but it just didn’t make too much sense,” Sepel said. “I’m definitely going to switch to the new one, mostly because it’s a lot easier to get done. It just makes a lot more sense. It’s a lot clearer what’s expected of you.”

Freshman Hannah McFarland said she thinks the new format might make things harder for students trying to incorporate a lot of other academic programming such as rigorous majors or double minors.

“I don’t really know the structure of the old program, but I feel that in making it a minor, it probably equals more work and probably more of a commitment, which is good,” McFarland said. “It just feels like it might make it harder.”

Cohen-Filipic said she thinks the new format focuses the program, which she thinks will help build community.

“We’ve changed it so people aren’t doing as many random, noncourse-related things,” Cohen-Filipic said. “I’m looking forward to building an even more cohesive honors community because people will be in classes together more. People still get credit for things they do outside of class, and certainly that’s important, but I think there will be people seeing each other’s faces more consistently.”

For Sepel, community was one of the reasons she applied to the Honors Program, she said.

“When I was going to college, I wanted a community,” Sepel said. “That was a concern of mine, and I had looked at a lot of small colleges, so I liked the idea of a smaller group within the bigger group.”