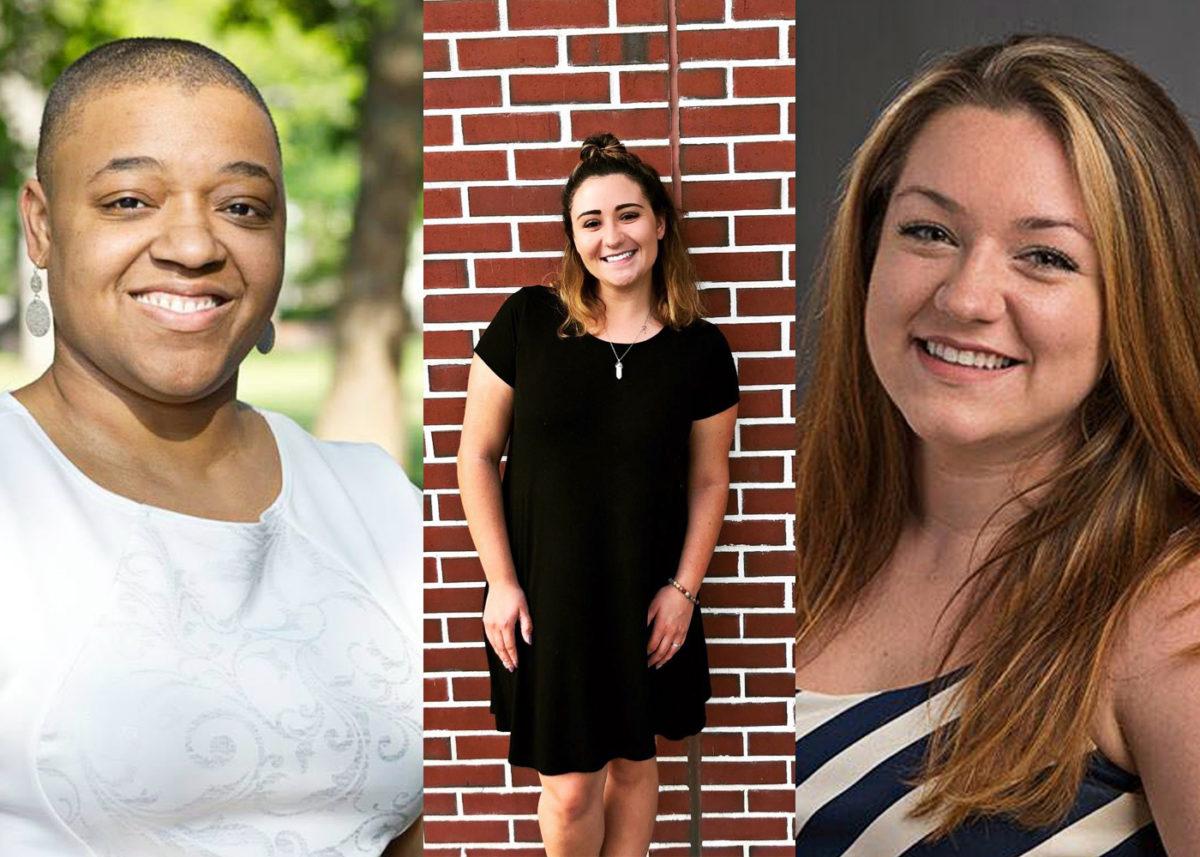 The Office of New Student and Transition Programs hosted presentations and Q&A sessions Jan. 22, Jan. 23 and Jan. 24 for three finalists for its new assistant director position.

The new position will manage initiatives for first–generation students, sophomore students and social media. Jacqueline Winslow, director of New Student and Transition Programs, said the position was developed as a result of restructuring in the Office of Student Engagement and Multicultural Affairs (OSEMA) that occured in Fall 2018. The changes transformed OSEMA into three different units: the Office of New Student and Transition Programs, Center for Inclusion Diversity Equity And Social Change and the Office of Student Engagement.

Grace Terry is currently serving as the interim assistant director while the college searches for someone to fill that position permanently. She began the role in June 2018. Terry is one of the three finalists who presented Jan. 23. She has a master’s degree in Higher Education and Student Affairs Administration and experience working in higher education, including at Cornell University. She said this background makes her feel comfortable in this position.

“My background is in higher education and student affairs administration and supporting students from all intersectional identities and life experiences,” she said. “I feel pretty comfortable working on supporting first–generation and sophomore students.”

“‘First generation’ is something that is a fairly new topic in higher education,” she said. “I want to help faculty and staff learn more about first-generation students, as well as the resources they have to assist them in achieving their goal of a four-year degree.”

The next candidate was Lia Muñoz, who graduated from Ithaca College in 2016 with a bachelor’s degree in Politics. She presented Jan. 22. Muñoz served as a temporary project assistant for Residential Life at the college shortly after graduation. She is currently serving as the Multicultural Student Engagement Coordinator at Rivier University in New Hampshire.

She said she found the assistant director position on Facebook and decided to apply for it because she loves Ithaca.

“The biggest thing for me is that I really love Ithaca, and I saw an opportunity to have a hands–on experience with students and increasing individual awareness about the individual populations that make us a special community,” she said. “I was just really grateful for the opportunity to share my ideas.”

During her presentation, she talked about focusing on three key areas: developing explanatory videos and more interactive content with the program to help simplify complex processes for students, celebrating and appreciating students, and focusing on the needs of the families of students. She said she felt it was important to help freshmen break down complicated aspects of attending college, such as filling out financial aid forms and completing registration properly.

“I want to make some of the more difficult processes of college more easy and understandable,” she said. “When I was in college, I was always stressed about registration, understanding my financial aid and trying to figure out working part-time while going to school.”

She said she believes these issues are especially important for first-generation students because they do not have someone in their immediate family that has been through the college process before.

The final candidate was Sharon Smith, who currently serves as an academic adviser at East Carolina University. She presented Jan. 24. Smith was a first-generation student from a large family in North Carolina. She talked about how her first year in college was difficult, and she initially had to drop out of college during her sophomore year to pay for her mother’s medical bills.

Eventually, she returned to college and earned a Doctorate of Education in Education Leadership and Higher Education Administration. She said her personal experience made her want to improve conditions for students who come from similar circumstances.

“As a first-generation college student myself, I remember the struggles I had to face, and it is encouraging to see Ithaca College so passionate and dedicated to the success of this student population,” she said.

Smith spent most of her presentation talking about the eight dimensions of wellness and how she wanted to collaborate with different organizations on campus to provide better services to help first-generation students have all their needs in those areas met.

She suggested the college establish a seminar for first-generation freshman students that includes speakers from across campus to help students learn valuable life skills. One example she gave was having someone involved with finances teach a class about budgeting and other important financial skills that students will need to know.

Jenelle Whalon, administrative assistant of New Student and Transition Programs, said she expects the final decision on who gets the position will be announced some time this February.