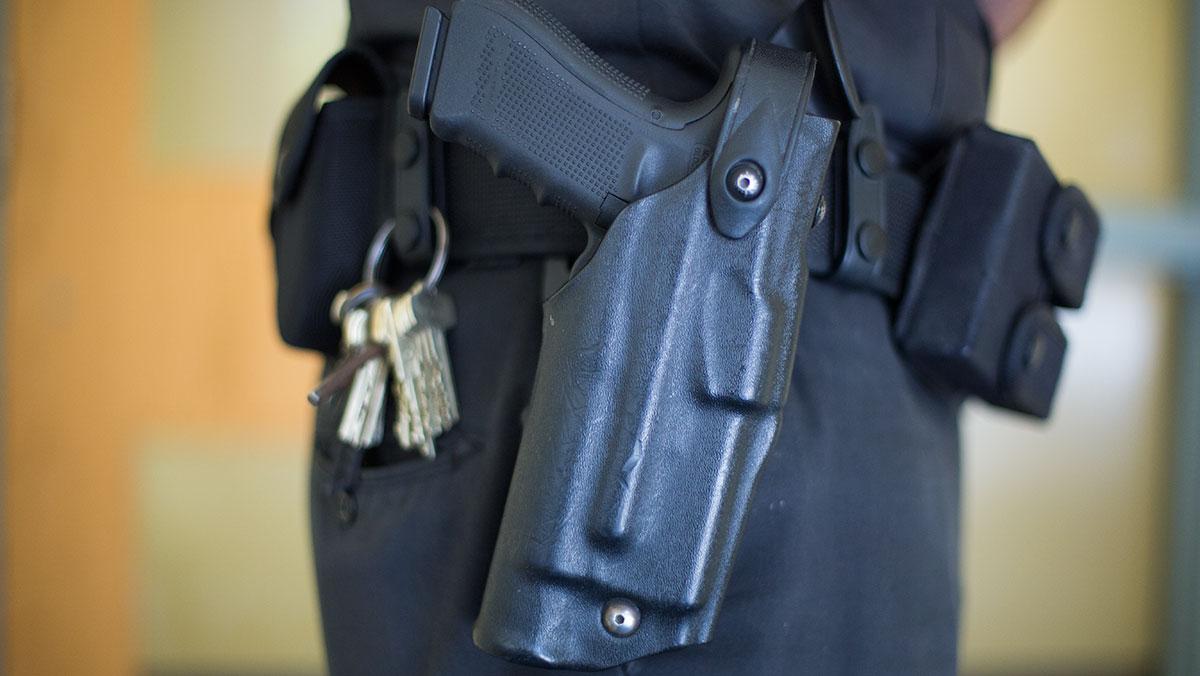 While a recently released FBI report has declared a steady rise in incidents of gun violence nationally, Ithaca College has plans in place in preparation for such situations — plans that may affect the entire campus community.

The FBI’s report, titled “A Study of Active Shooter Incidents in the United States Between 2000 and 2013,” released Sept. 24, defines an active shooter as an in-progress shooting, the outcome of which responders have the potential to influence. It identifies 160 incidents of an active shooter in the U.S. from 2000–13, during which a total of 486 people were killed and 557 others were wounded, not including the shooters themselves.

The study also marks an increasing trend from an average of 6.4 occurrences of an active shooter per year in the first seven years studied to an annual average of 16.4 incidents in the last seven years.

According to the report, 27 incidents took place in schools grades pre-K through 12, while 12 occurred at institutions of higher learning. The report specifies that shootings at educational facilities account for some of the higher casualty counts.

The Office of Public Safety and Emergency Management at the college is responsible for handling the event of an active shooter on campus. Terri Stewart, director of Public Safety, said the office and its officers are highly prepared to respond to such an incident.

New York state requires a minimum of two weeks of firearms training, a standard Stewart said the college surpasses by requiring officers to train on a continual basis with the four state-certified firearms training instructors on campus.

As set forth by both the State of New York and the college, officers must score in the 80th percentile in shooting range accuracy, though Stewart said most of the college’s officers are in the 90 to 100 percentiles.

Patrol Officer John Elmore said Public Safety officers do fire arms and simunitions training about twice a year on average with the Ithaca Police Department. This year, they will be conducting training during fall and Thanksgiving breaks at the IPD fire range.

“If we’re out on our fire range, we try to reflect as much is real life as we can, and some of that involves live ammunition, always at a target, never at any other person, and always directed in a safe direction,” he said.

Jamie Williamson, public information officer of the IPD, said the IPD has an excellent working relationship with Public Safety.

Public Safety trains its officers to the same levels as that of a municipal police officer, and as a result the two departments often train together, he said. The purpose of this is not just to improve their skills as individual police officers, he said, but also to try to assure that all officers practice the same safety skills during a dangerous situation.

“Experience has shown us that if we are all on the same page, our jobs as police officers are much less stressful and critical incidents are much more manageable,” Williamson said.

Elmore said Public Safety Officers, but not security guards, are required to keep guns on their person at all times for emergency preparedness.

“While on campus, we have full policing powers, so we are required to carry guns so that we can respond to emergency situations,” he said.

However, the college does not have SWAT-trained officers, he said. Colleges typically rely on local police departments for for such special response units. For example, he said the Ithaca SWAT Response Team consists of Tompkins County Sheriff’s deputies and SWAT-trained IPD officers.

As for students, those who wish to have a firearm on campus must register it with Public Safety, as guns are not allowed in residence halls or academic buildings. Students are also forbidden from having BB guns on campus, as Stewart said they are extremely difficult to distinguish from real guns.

The college’s Core Emergency Response Team runs other simulations during holiday and summer breaks in which Public Safety officers respond to exercises ranging from a hostage situation to severe weather, followed by a debriefing and analysis.

In the case of an active shooter, Elmore said the first objective for the police is to eliminate the threat, then come to the aid of others.

Only the CERT and the officers are involved in these simulations, though Stewart said the team is currently working to include students and faculty in the simulations.

“We need to and we will be extending this to the campus community,” said Stewart.

Hamilton College conducted a full-scale active shooter simulation on its campus on June 18, with SWAT teams and local police clearing out student housing with simulation guns. Francis Manfredo, director of Campus Safety at Hamilton, said Hamilton has conducted five emergency simulations in the past five years, three of which were of active shooter situations.

He said the entire scenarios are scripted by Campus Safety and carried out by local law enforcement, which brings in helicopters and simulates injuries to conduct the drill. Hamilton’s Campus Safety officers, he said, are unarmed.

Ithaca College’s Emergency Response Plan is available online to inform students about what to do in the event of an evacuation or shelter-in-place, where students stay out of sight and as quiet as possible in one designated place during an emergency. The guidelines for these situations never change and adhere to the All-Hazards Approach, a comprehensive plan outlined by the National Incident Management System that applies to all disasters and emergencies.

An All-Hazards Approach to emergency preparedness encourages effective and consistent response to any disaster or emergency, regardless of the cause, Stewart said.

RAs are trained by Public Safety to look for red flags in potentially dangerous students by analyzing their mental health and wellbeing, and then to outsource the situation to see who else can help the student, she said.

“We’re supposed to catch it before it happens,” Gossage said.

On the virtual plane, Molly Israel, director of communications in the Office of Marketing Communications, said the office monitors social media for threatening or potentially menacing messages related to Ithaca College and forwards them to Public Safety for further investigation.

Psychology professor Cyndy Scheibe said while the aggression of many shooters traces back to genetics, where some are more predisposed than others, she pinpoints cultural and family factors as the most important factors in the making of an active shooter.

In what she refers to as a “culture of disrespect,” Scheibe said when a person is already mentally unbalanced, continual exposure to violent television shows and video games can heavily help determine whether a person becomes an active shooter.

If an active shooter situation ever were to occur on campus, Williamson said, IPD and Public Safety would work together in their response. He said command of the scene would be determined by personnel there.

“The approach is the same no matter who you work for: respond quickly, work methodically, stop the threat, and go home at the end of the night,” he said. “The name on the patch of the uniform plays no part in getting the job done.”