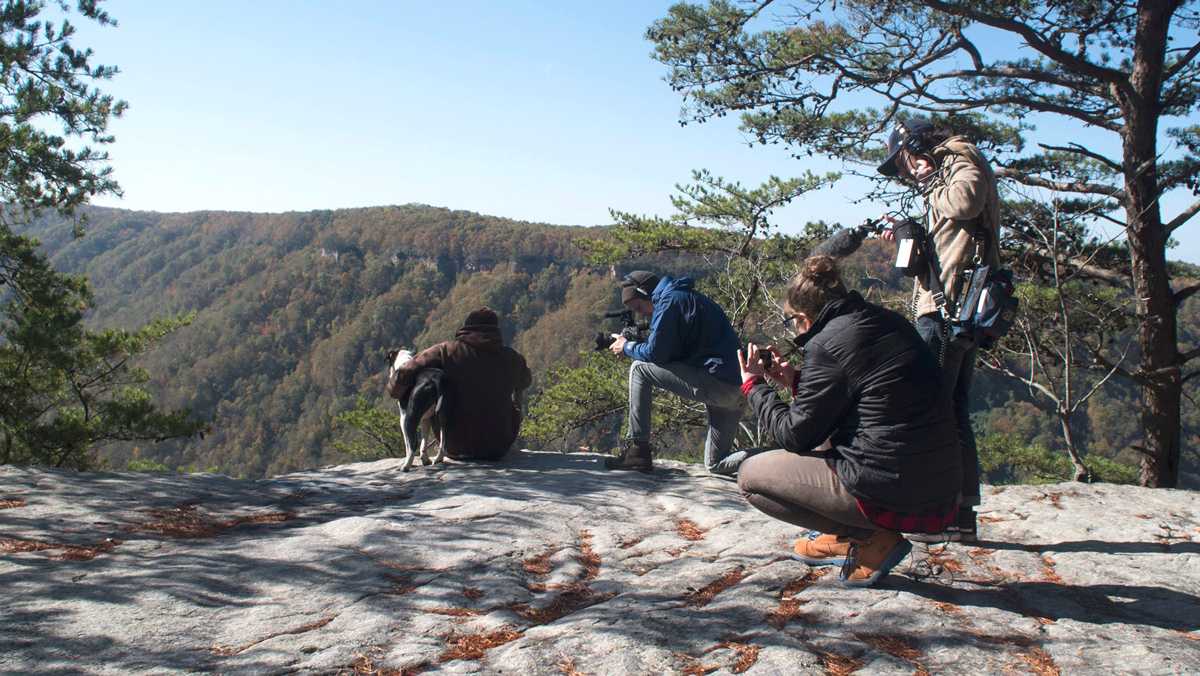 For many communications students, winning an Emmy is a faraway goal. However, a group of Ithaca College students moved one step closer to this dream after being nominated for the prestigious award thanks to their documentary work.

The Television Academy Foundation nominated junior Rebecca Van Der Meulen, seniors Casey McCracken, Samuel Dickson, Megan Trapani, Eric Barr ’18, Christian Schuepbach ’18 and Kyle Benedetti ’18 on Jan. 14 for a College Emmy at the 39th College Television Awards (CTA). Their documentary, “Out of the Pills,” which is about the opioid crisis, was produced by the students in their Fall 2017 Documentary Workshop class.

“Out of the Pills” will compete against two other projects nominated in the category of Nonfiction or Reality Series. Across all the categories, 25 productions were selected from over 600 submissions from over 174 colleges and universities.

The class, taught by Ben Crane, associate professor in the Department of Media Arts, Sciences and Studies, requires students to form their own media production company and produce a film by the end of the semester.

“I’ve designed it to offer students a real-world experience in documentary filmmaking,” Crane wrote via email. “We ultimately compete against everybody from student producers to professionals, and I try to keep the standards very high.”

McCracken, one of the producers of the documentary, said Crane split the class into two groups at the beginning of the semester and told them to come up with a name for their film company. Each group had to include the number of their group in the name. For McCracken’s team, group one, the result was 1on1 Films.

“We thought 1on1 Films kind of embodies our goal of sharing peoples’ stories in an intimate, personal way,” McCracken said.

When it came time to brainstorm documentary ideas, McCracken said that it was difficult to find a topic everyone was passionate about. Schuepbach brought in an article about the opioid crisis and its catastrophic effects in West Virginia. According to the article, the rate of deaths resulting from the opioid crisis in West Virginia caused the funeral industry to grow rapidly, forcing people to come out of retirement and tend to the increased bodies from overdoses. McCracken said the article influenced the group’s decision to document the opioid crisis.

“That story kind of shocked us into realizing that this is an even bigger problem than what we see in the news,” McCracken said.

The group took an initial trip to West Virginia in October 2017 to attend a health conference on the epidemic. They also met Cliff Massey, a local who would later become the star of their film. Massey was a former drug user who is now clean. He is the harm reduction coordinator and director of the Quick Response Team of Fayette County.

“The hardest thing in a documentary is finding people who want to talk about these sensitive issues on camera,” McCracken said. “Cliff was a really passionate, charismatic, well-spoken guy who wanted to share his stories and after meeting him we were really sold on the topic.”

Although the documentary was finished by the end of the fall semester, Van Der Meulen said she and McCracken went back to West Virginia over spring break to gain additional footage and revise the film for its submission to the College Emmys and other film festivals.

McCracken said that although Crane encouraged the group to submit their film to the CTA, she never expected anything to come of it.

“It seems like getting nominated for the College Emmys could be a stepping stone toward a career I really want to have, but I really didn’t think we’d get the nomination,” she said.

The group will travel to Hollywood to attend the ceremony from March 14 to 16.

Although 1on1 Films was only formed for the purpose of the documentary class, Van Der Meulen said she hopes she will be able to collaborate with her team members in the future as well.

“I’m not sure we will be working under the name 1on1 Films, but I definitely want to work with everyone again,” Van Der Meulen said.

Crane said he is amazed by his students’ hard work and attributes their success to their collaborative efforts.

“All of our successes have been team efforts,” Crane said via email. “This kind of collaboration — students, faculty, staff, administration, alumni — is one of the things that makes IC great.”

McCracken agreed that none of this could be done without the help of the college.“The whole thing was such a supportive group effort,” McCracken said. “Not only the 1on1 Films team, but our professor … the [Roy H.] Park School [of Communications] … PPECS … and Dean [Diane] Gayeski have made us feel incredibly supported.”