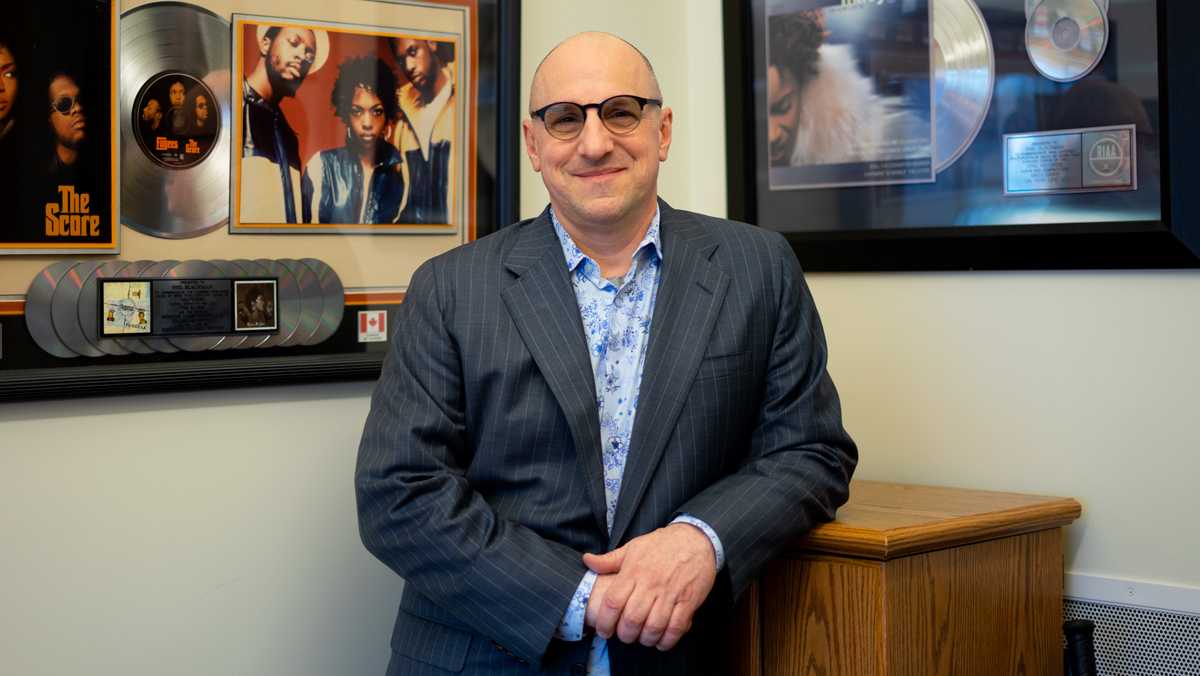 Sabrina Chang/The Ithacan
Phil Blackman, assistant professor in the Department of Accounting and Business Law, organized the first Music and Sound for Picture Conference which is set to take place on April 6. The event will be a collaboration between the Ithaca College School of Business, Roy H. Park School of Communications and School of Music.
By Sydney Keller — Staff Writer
Published: April 2, 2019

The Ithaca College School of Business, Roy H. Park School of Communications and School of Music have collaborated to host the first Music and Sound for Picture Conference on April 6.

Phil Blackman, assistant professor in the Department of Accounting and Business Law, is the organizer of the conference. He said the event is for anyone who wants to learn more about how the worlds of film, music and business collaborate together in the workforce. The symposium will take place from 9 a.m. to 6:30 p.m. in the James J. Whalen Center for Music. Students, alumni, faculty and community members can attend to learn and network in a professional environment, Blackman said.

Film, music and business professionals will present at the event, such as Cathy Schulman, an Oscar-winning producer, who will give the keynote speech. Participants may choose which presentations to attend and can register for the event on IC Engage. The event has close to 150 registrants and is almost full.

Blackman said he has been planning this event since Spring 2018, and he hopes to hold the conference annually. Blackman contacted Marlena Grzaslewicz, assistant professor and chair of the graduate program in the Department of Media Arts, Sciences and Studies, and Alex Perialas, associate professor in the Department of Music Performance, to help organize the event.

“Putting an event like this on is complicated, and there’s a lot of moving parts,” Blackman said. “It takes help from a lot of different people.”

An event like this also helps prevent “silo mentality” from happening at the college. Silo mentality is a phenomenon that can form among schools within a broader institution that causes a lack of interdepartmental interaction. The college has five different schools, and the conference has three of these schools collaborating in order to connect members from the different schools.

“I hope students learn a tremendous amount about music and sound for picture,” Blackman said. “I want them to network with the panelists. I want them to meet like-minded peers who they might not know, particularly across schools.”

The event is meant to open up students to new opportunities on campus, Blackman said. Film students and music students can collaborate on projects together. He said that being involved in film and music means students need to know how these businesses work so that they make intelligent decisions.

Grzaslewicz works as a sound editor in film in New York City in addition to teaching, and she invited her colleagues to the symposium.

“We are hoping that this becomes something significant for Ithaca College as a whole,” Grzaslewicz said. “We are very unique in this aspect. The other communications schools don’t have the business school and the music school.”

Grzaslewicz said that an event with so many professionals coming to the college is rare and that students should take advantage of the opportunity.

“I’m so happy the people responded in such a positive way,” Grzaslewicz said.