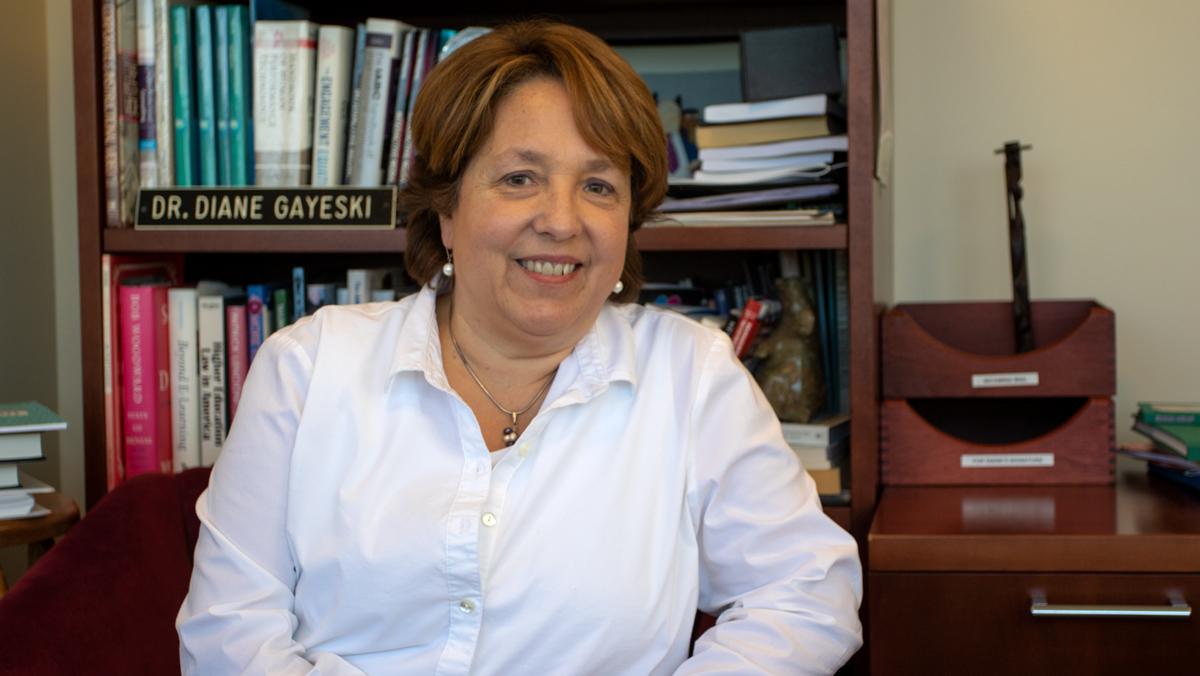 The Roy H. Park School of Communications has reestablished and revamped a student, faculty and staff committee dedicated to supporting diversity in the school. The committee joins a group of similar initiatives to improve diversity and inclusion at other schools in Ithaca College.

The Park committee, called the Park Diversity Advocates, was recently established. However, the Park School has hosted similar committees before. Originally, a faculty group was created to share resources and programs to support the skills and development of minority students, Diane Gayeski, dean of the Park School, said. She said this group existed prior to her start as dean in 2009.

Similar initiatives in other schools at the college also exist. The School of Music has a similar diversity committee, a faculty position in the School of Humanities and Sciences encourages diverse hiring and a strategic plan to improve diversity in the School of Health Sciences and Human Performance is being pursued.

The first diversity committee in the Park School did not enact sweeping change but worked with faculty to provide opportunities for promising diverse students through professional societies, Gayeski said.

Junior Devin Kasparian, the Park School’s Student Governance Council senator, said Gayeski formed the current group in Spring 2018 as a result of his proposal. Upon his first election as senator, Kasparian said he learned that students had experienced microaggressions and discrimination within the Park School. In response, he proposed a general plan of action to the deans of the Park school. The deans decided to re-establish the older group with Kasparian and other students involved, he said.

Gayeski was motivated to renew the group because of Kasparian’s proposal and the legacy of the older group.

“I thought there should be ways to help us build on that but also to have better representation and input from students and staff,” Gayeski said.

Gayeski said the committee is not a response to specific problems with diversity in the Park School as much as it is an effort for positive change in general.

“It’s an acknowledgment that we all have to continue to work to make the place more diverse and inclusive,” Gayeski said.

The committee is meant to be a working group, or resource point, for students and faculty interested in addressing diversity concerns, Gayeski said. If a student has a concern or a suggestion for improvement, the advocates — the members of the committee — are their primary resources.

The advocates will hold regular listening sessions to hear from faculty, staff or students from the Park School to collect ideas. If a faculty member found an effective exercise for a class, or a student had a concern in a class, Gayeski said they could approach the group, who may provide advice or share the findings with other faculty.

Kylee Roberts and Segaro Bozart, senior Park Diversity Advocates, said the committee could be a valuable resource for younger students.

“If this was around when we were freshmen, then I would have talked to these people,” Roberts said. “As a freshman, I didn’t know anything about race.”

Both expressed long-held frustrations about too often being the only person of color in a classroom. Bozart said he is constantly forced to decide whether or not to correct the ignorant behaviors of the people around him, and if he does, he has to judge if what he’s saying is accurate of a whole people.

“I have to make sure [a] statement is actually representative of the black community because whether or not I like it, I am the representative for all black people outside the room,” Bozart said. “I have to be something instead of a student.”

Even then, his attempts at correcting problematic behavior can seem pointless, Bozart said.

“Diversity advocates need to be at every school,” Roberts said. “This needs to be outside the school.”

The Diversity Advocates is one of two school committees dedicated to diversity and inclusion that is currently active on campus. The other is the Diversity and Inclusion Advisory Group (DIAG), which is active within the music school.

DIAG consists of faculty, staff and students, similar to the Park committee. It was created by Karl Paulnack, dean of the music school, following the POC at IC movement of 2015, a series of protests criticizing former college President Tom Rochon. POC at IC claimed Rochon was ineffective in responding to several individual cases of racial insensitivity that year at the college.

The protests inspired Paulnack to focus on issues of diversity in the music school, and he began regularly meeting students and faculty to create a plan of action that resulted in DIAG.

Paulnack stressed that DIAG will be involved in all aspects of music school activities. It affects budgeting and the diversity of pieces performed by music groups and special speakers, down to the posters displayed in the building.

DIAG acts in an advisory role to the Dean’s Council, providing recommendations to improve diversity that would be acted upon by the council, Paulnack said.

The other three schools at the college, HSHP, H&S and the School of Business, do not have similar groups but have other diversity initiatives.

School of HSHP had a diversity task force in the last two years which is no longer active, HSHP Dean Linda Petrosino said. The task force was created as a measure to introduce programs that addressed diversity for the HSHP population and allowed the school to develop an overarching strategic plan on how to address diversity going forward.

In the future, departments in HSHP will handle diversity issues internally, without involving the school as a whole, in plans submitted to the dean every year, Petrosino said.

And while the business school is not pursuing any specific initiatives, diversity is discussed in faculty and staff meetings, first-year student adviser meetings, department chair meetings and will be on the agenda for the Dean’s Student Advisory Committee this fall, assistant dean Dawn Kline said.

The school is exploring how to make diversity and inclusion a more formal and consistent topic addressed at meetings, Kline said.

The School of Humanities and Sciences lacks a specific committee focused on diversity, but Lynda Walters, assistant to the dean, said the work of promoting diversity is shared between Donathan Brown, associate professor in the Department of Communication Studies, interim dean Michael Richardson and associate dean Brendan Murday.

In his role as director of faculty diversity and development, a position he took last year, Brown focuses on recruiting a diverse population of faculty within H&S. This is most prominent in the Diversity Scholars Fellowship Program, an initiative created in 2010 that invites academics to spend a year in residence at H&S to study and teach a course of their creation.

Brown, a former fellow, said the program, along with a similar, newer fellowship program, has hired 50 percent of former fellows for tenure–track positions at the school, a move to improve the diversity of thought within H&S faculty.

Brown is also working with the school to create short-term focus groups meant to explore opportunities for expanding the school’s approaches to diversity based on the needs and concerns of faculty and students.

“We’re looking to have conversations with faculty about their experiences here — the good, the bad and the ugly,” Brown said. “We want to hear it all.”