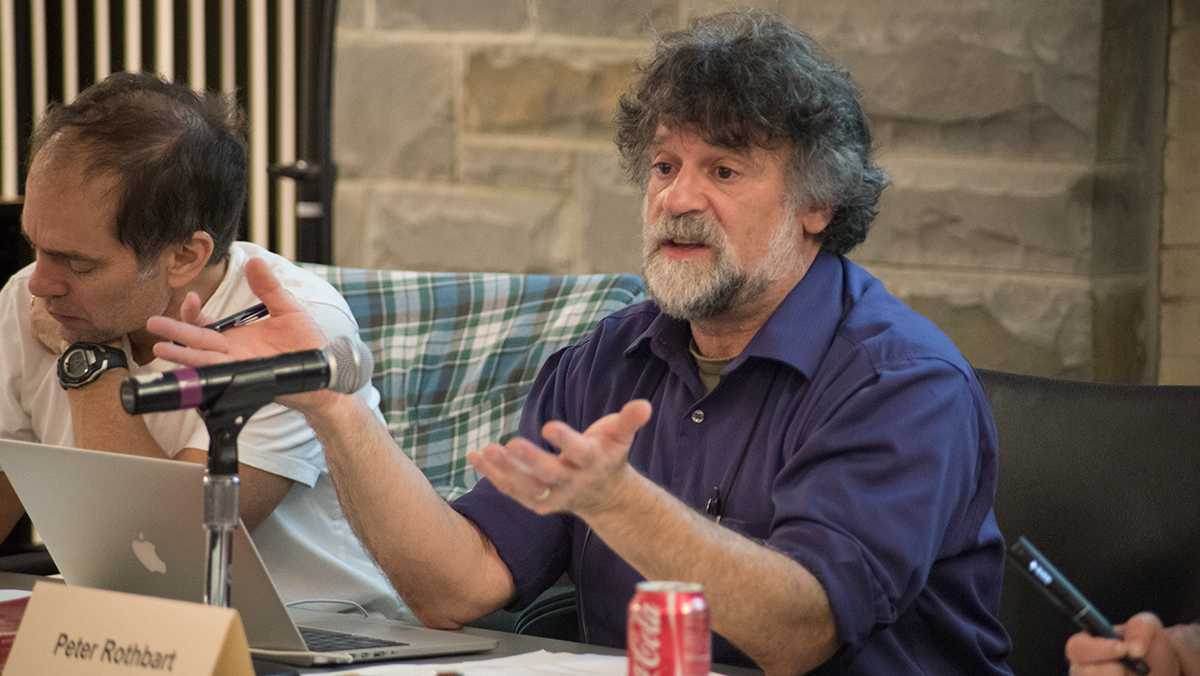 Ithaca College part-time faculty have expressed disappointment about being excluded from the vote of no confidence in President Tom Rochon to be held by Faculty Council and have been in conversation to initiate their own vote.

Faculty Council decided to include all full-time, continuing faculty members, professional librarians and phased retired faculty. Peter Rothbart, chair of the Faculty Council and professor in the Department of Music Theory, History, and Composition, refused to comment since the decision to exclude part-time faculty was made in executive session.

In an earlier interview, Rothbart said his own personal reasoning as to why part-time faculty should not be part of the vote is because they are “somewhat transient,” some having been at the college for years, some only a semester.

Sean McKinniss, a Ph.D. graduate from Ohio State University, has studied no confidence votes that occur at colleges and universities from around the country. He’s found that part-time faculty are usually not included in the vote because they are not as involved in the school.

“Full-time faculty tend to be more involved in the university by virtue of their position,” McKinniss said.

The University of South Carolina Upstate held a no confidence vote April 24, 2015. Tammy Whaley, assistant vice chancellor for University Communications, said part-time faculty were not included in the vote because they are also not involved in other shared governance processes at the college.

Rothbart said the reason for excluding the part-time faculty was taken directly from the H&S Senate’s motion for a vote of no confidence.

Kaufman said, while in the process of organizing data for the part-time union, she determined that part-time faculty make up a third of the faculty population at the college, and she is disappointed they are being excluded.

“I’m disappointed and surprised that we’re being left out … this is such an important time for us to raise our voice in unison,” Kaufman said.

Brody Burroughs, a lecturer in the Department of Art, said while he is disappointed, he also understands why part-time faculty might have been left out.

“I understand that they have reasons for wanting the vote to be crafted in a certain way … I don’t think it was intended to diminish us,” Burroughs said.

Dominick Recckio, Student Government Association president, said while he is happy that the council elected to hold a vote, he’s frustrated with part–time faculty not being included, arguing that they’re a substantial part of the campus community. Recckio said not including part-time faculty was “really, really disappointing and exclusive.”

Sarah Grunberg, a lecturer in the Department of Sociology, said some part-time faculty met over a weekend and have been conversing about possibly creating a vote of their own.

“If Faculty Council decided that this is the way they wanted the vote to look, there’s only so much that we can do to challenge that. Another option would be to have another vote for those who were not included,” Grunberg said.

Kaufman is newly appointed to Faculty Council, as a seat was made available for a part-time faculty representative. Her first meeting was supposed to be Nov. 11, when the decision for a vote was made and who would be voting in it, but Kaufman was out of town at an academic conference.

“It’s unfortunate because if that hadn’t happened, we would have been able to be a part of the discussion,” Kaufman said.