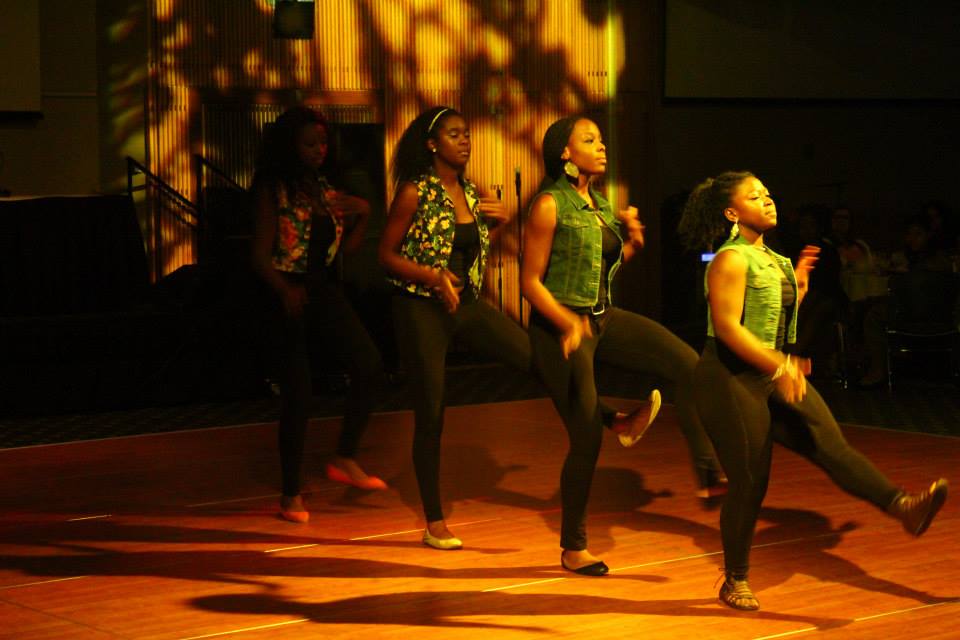 When senior Cedrick-Michael Simmons, president of the Student Government Association, was a freshman, he almost transferred from Ithaca College. Coming from a predominantly white high school, Simmons expected a different college experience, but found it similar.

As one of the only students of color in each of his courses, Simmons was often seen as the spokesperson for his race. People asked him questions to which he did not have answers.

Fed up and almost ready to leave, Simmons stayed because faculty and staff mentors, the Martin Luther King Jr. Scholars Program and student organizations like Brothers 4 Brothers helped him cope with adversity.

“[They] ultimately provided enough empowerment to deal with those issues,” he said. “I decided that it was worth staying despite the consistent realities.”

Some African, Latino, Asian and Native American students have also faced this reality at the college.

Yet the college is taking steps toward improving diversity and the experience of ALANA students. It has prioritized the growth of diversity on campus as part of the IC 20/20 strategic vision. Most recently, this growth has materialized with an increase in ALANA representation. In the last nine years, the number of ALANA students has increased from 8 percent to 17.7 percent.

College president Tom Rochon published an Intercom announcement Oct. 3 about the college’s diversity objectives for the current academic year. The President’s Advisory Committee on Diversity, which suggests ways to address diversity at the college, monitors these objectives. The goals focus on the retention and increase in representation of faculty, staff and students of historically marginalized groups.

Paula Ioanide, assistant professor in the Center for the Study of Culture, Race and Ethnicity and member of the college’s Diversity Awareness Committee, which provides diversity education and training on campus, said though measuring ALANA student population is one way the college benchmarks progress in diversity, the data does not show the quality of these students’ experiences.

Ioanide said several ALANA students have come to her with grievances of their experience at the college. In many cases, she said, students have raised concerns about white ignorance, the tokenization of ALANA students in the classroom, perceived low expectations from professors and the colorblind approach of the college’s curriculum.

Junior Shaniece Williams said she once dropped a course because she felt uncomfortable after a professor had said what she understood as a possibly racist comment. She said the college’s new requirement for students to take diversity courses as part of IC 20/20 shows progress, but it should be extended to faculty as well.

“The hardest thing is to wake up and to think, ‘Oh my God, I could be discriminated against, somebody could say something racist, a professor might not like me because I’m black,’” she said. “The next step [in IC 20/20] would be some required diversity training for these professors at this school.”

Marisa Kelly, provost and vice president for educational affairs, said via email that the college does not tolerate discrimination.

“We encourage any student, faculty, or staff member who encounters any inappropriate behavior or statements to report that to the Office of Affirmative Action and Equal Opportunity,” she said.

Martha Gray, director of the Office of Institutional Research, told The Ithacan via email that ALANA faculty data for 2013 is not available yet. Last year, ALANA faculty encompassed 10 percent of total faculty.

With diversity on the spotlight at the college, some ALANA faculty are hesitant to share their stories, and many of those approached by The Ithacan prefered not to openly discuss their experiences at the college.

Institutionally, there have been attempts to uncover the concerns of marginalized groups on campus. Last fall, the college designed a Campus Diversity and Inclusion Climate Survey as part of the IC 20/20’s Diversity Strategic Plan to evaluate the social climate at the college and use the information from the survey to evaluate how the college addresses its demographics and environment.

One year later, results from this survey are still not available to the public. The PAC-D, the Diversity Awareness Committee and some administrators have access to the survey’s raw data, but the analysis has not been completed, Coldren said.

Simmons said he has been asking for this data, hoping it will help figure out how the SGA and the college can address concerns from groups like the ALANA community.

“[The SGA is] concerned that the campus climate survey results haven’t come out,” he said. “The reasoning that we’ve perceived is that it’s because Ithaca College hasn’t figured out how to analyze the data appropriately, and so I don’t see how you can put out a survey and not know how to analyze it after.”

“Ithaca doesn’t give to students. We have one room for us — it’s the ALS room,” Perez said. “[My CU sorority sisters] don’t understand how we only have one room, while Cornell has buildings, and rooms, and majors and programs.”

Meanwhile, Ioanide said retention rates could be another way to quantitatively evaluate the ALANA experience at the college. However, this data is not available to the public, Gray said.

Senior Tariq Meyers, student trustee, said considering the increase to 17.7 percent ALANA representation, the question that still remains is whether the college is ready to support these students.

“The question is: Are we as a campus ready to invest the resources necessary to support these students in a predominantly white campus, or are we going to assume the colorblind notion that the rest of the U.S. seems to be assuming and just let these students be?” he said.

SOURCE: The Ithacan Archives and “The Ithaca College History” by John Harcourt