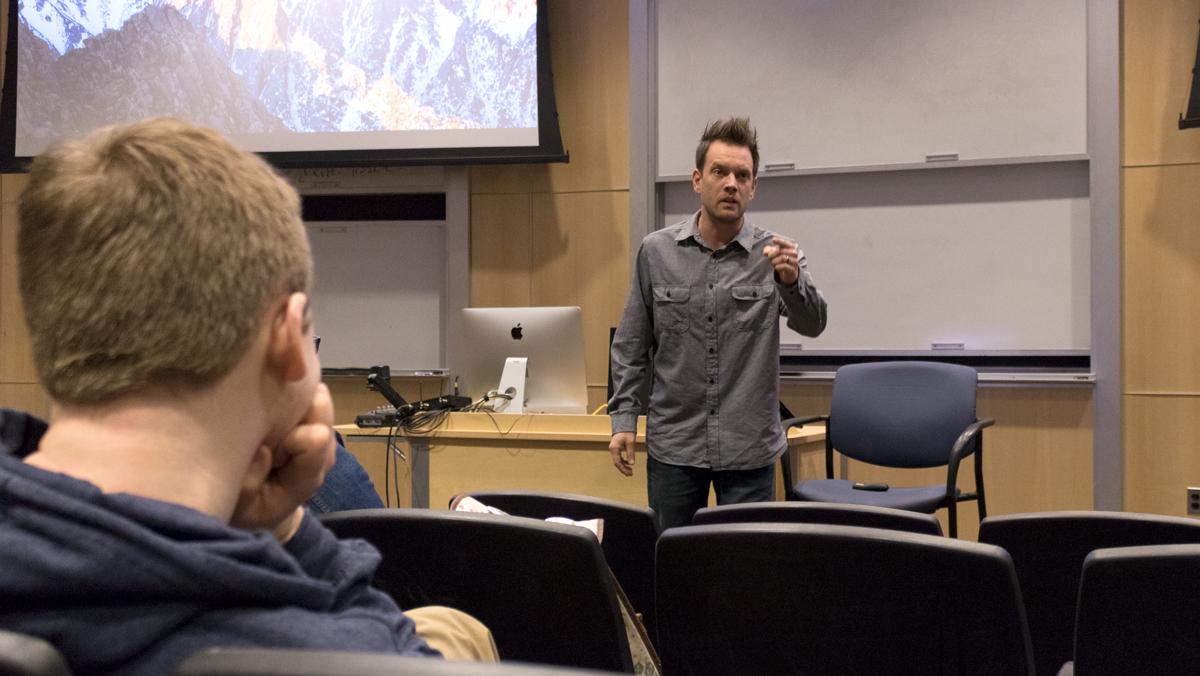 The program, held in Textor Hall, was divided into three parts: a one-man play, a discussion and question-and-answer portion.

In the one–man play, Rivedal portrayed approximately 15 different characters while sharing his personal experiences of coping with his father’s tragic suicide in 2009. As a result, he attempted suicide. He now uses his platform to advocate for creating more outlets to help those struggling with mental health stability.

“I felt like I was nothing and that the world would be better off if I wasn’t in it anymore,” Rivedal said.

He also said he created his one-man play, “Kicking My Blue Jeans Genes in the Butt,” as part of The (i’M)possible Project — a mental health awareness program designed to encourage others to share their stories about their experiences with mental illness. He said he believes that speaking about his personal experience with depression and suicide will inspire others in similar situations to get help.

“Suicide is 100 percent preventable,” Rivedal said. “I didn’t realize this until I did my research and got the help I truly needed.”

Rivedal also said signs such as withdrawal or isolation, increased use of alcohol and drugs, and talking about being a burden to others should be warnings of someone being suicidal. He said people should reference his websites, changingmindsstrong.com and iampossibleproject.com, for more information about mental health and coping with suicidal thoughts.

Deborah Harper, director of the Center for Counseling and Psychological Services, and Ron Dow, a counselor from CAPS, led the question-and-answer panel with Riverdal. The panel discussed topics such as men and mental health, relationship dynamics between parents and children, and how to help someone who denies that they have a problem.

“I thought this event was a great way to bring awareness to mental health in everyday situations, especially around suicide,” Faith said. “I feel that it is pretty stigmatized and not talked about a lot, and Rivedal was able to do so in a creative and open way.”

Sophomore Kelly Madden, a psychology major and executive board member of Active Minds, said she was glad the club was able to bring someone to the college to have a palatable discussion about mental health.

“I think he was really personable and made mental health relatable to the college student, not just the general population,” Madden said.

Past Deadline: Get CAPS Ready — how mental health help has evolved at IC