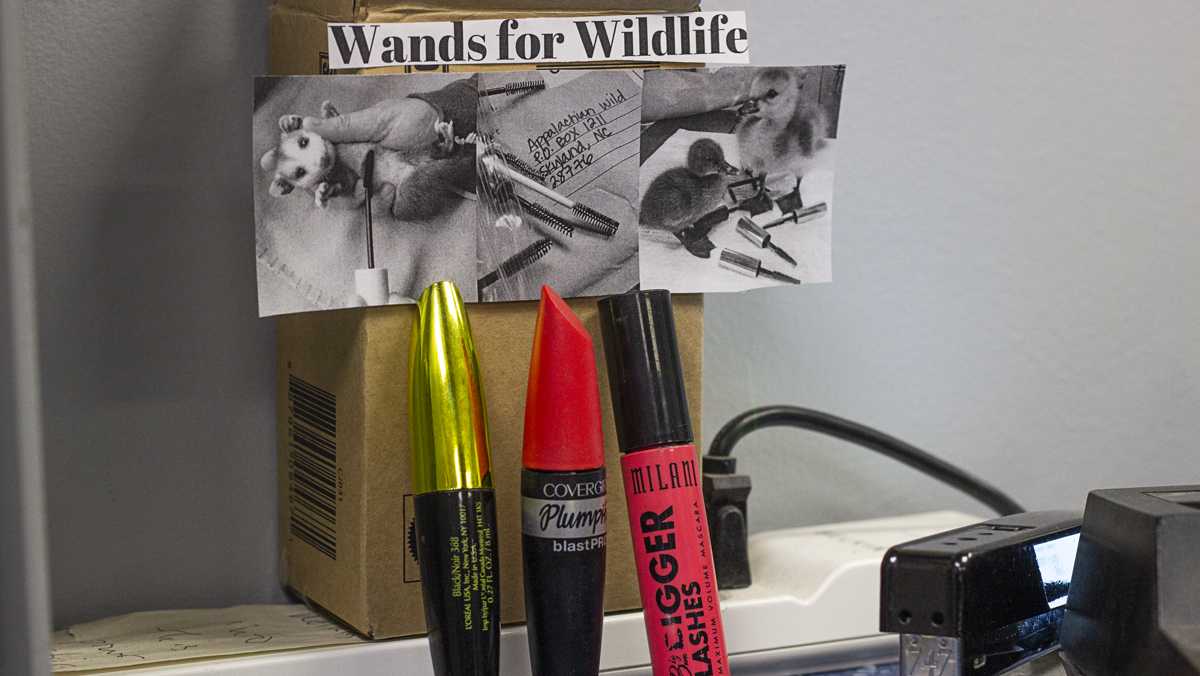 Molly Bailot/The Ithacan
The Phillips Hall Post Office at Ithaca College is collecting used mascara wands to donate to the Appalachian Wildlife Refuge. The wands are effective tools to remove fly eggs and larvae from animal fur because the dense and gentle bristles reduce the risk of injuring the small animals.
By Alyshia Korba — Staff Writer
Published: April 14, 2019

The Phillips Hall Post Office is collecting used mascara wands to donate to the Appalachian Wildlife Refuge. This collection is a part of the refuge’s Wands for Wildlife program.

The wildlife refuge uses the mascara wands to clean fly eggs and larvae off of the fur or feathers of the injured animals that they take care of or that are brought to them, according to the Appalachian Wildlife Refuge website. The collection at the Phillips Hall Post Office started around mid-March by sophomore Vincent Streech with the help of Cheryl Christopher, Phillips Hall postal services assistant.

Streech learned about the program when another post office student employee was mailing out her used mascara to the Appalachian Wildlife Refuge. He researched the program and found the Wands for Wildlife Wandraiser posters on the refuge’s website. Streech said he was interested in participating in the program because of his personal connections to wildlife conservation. As of April 10, the mail center has collected approximately seven mascara wands.

“Growing up in the Colorado backcountry, I fell in love with the outdoors,” Streech said. “When I saw the opportunity to give back to something so pure and so meaningful to me, it was a given.”

The Appalachian Wildlife Refuge is a nonprofit organization in North Carolina that cares for injured and orphaned wildlife. According to Kimberly Brewster, the Appalachian Wildlife Refuge’s director of development and administration, mascara wands are effective tools to remove fly eggs and larvae from animal fur because the dense and gentle bristles reduce the risk of injuring the small animals. They are also used to examine animals for injury, groom animals, and clean the syringes that are used to feed small animals.

Since the Wands for Wildlife collection began in 2017, the refuge has received mascara wands from every state and has also received international donations.

“The response to a simple request for mascara wands has been astounding,” Brewster said. “The world is full of good people wanting to do some good.”

Because the Appalachian Wildlife Refuge only accepts clean mascara wands, Christopher has volunteered to wash all of the donated mascara wands so that people would not be discouraged from donating. The post office will be mailing out the mascara wands free of charge to donators. Christopher said she hopes to get more donations by making it easier for people to donate. Currently, she is personally paying for the shipping costs. She said it costs approximately $3 to mail an individual mascara wand and about the same amount to mail a collection of four to five mascara wands, an option that is ultimately cheaper.

“I’m hoping that we collect a lot of wands to help these little creatures and spread the word that instead of discarding them, this is something that can be recycled for another great purpose,” Christopher said.

Senior Meryl Berger said she donated her old mascara wands because she liked the idea of reusing the wands for another purpose instead of throwing them away.

“I had a bunch of old mascara wands that we’re just sitting in my makeup bag that I haven’t touched in years — why not send them to a good cause rather than just throw them out?” Berger said. “I liked that I could donate to something that would help animals in need have a better quality of life by not being covered in little bugs.”

Students and community members who would like to donate used mascara wands can bring their old wands or the whole mascara bottle to the Phillips Hall Post Office. The collection will continue until April 19.