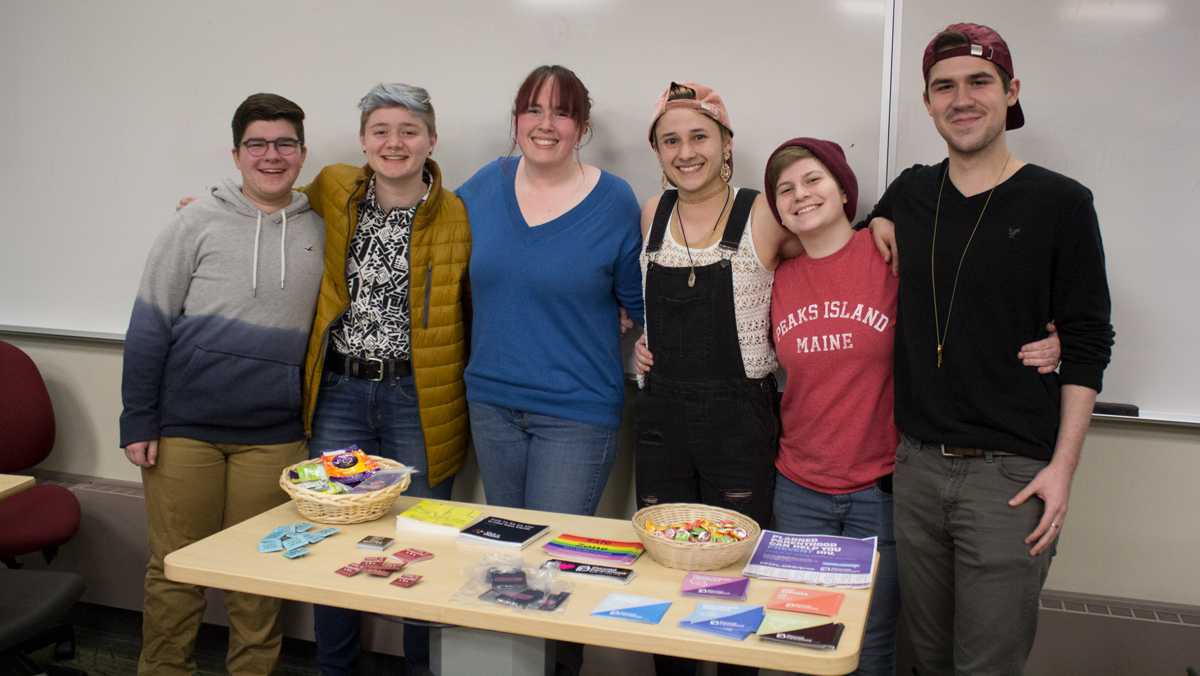 In the Planned Parenthood section of the workshop, Anderson told the participants about the services Planned Parenthood offers, such as hormone therapy, STI testing, AIDS/HIV protection and prevention and birth control services. She also said nobody will be turned away if they cannot afford it.

Anderson said it is important for people in the LGBTQ community to know they are welcome to utilize all services that Planned Parenthood offers. Additionally, she said it is important to create an environment for sex to be talked about in a healthy and positive manner.

“If someone is sexually active, we want them to feel as good as possible about the sex that they’re having,” Anderson said. “We want to kind of take the anxiety away from it.”

For the last two parts of the workshop, Anderson talked about how to have safe sex in the LGBT community. She explained what constitutes a safe sex toy, from the material it is made out of to how they can be best used.

Anderson said she has been doing this workshop at the college for about six years. She said it is important to have discussions about homosexual sex because it is not usually discussed in sex education.

“It is an opportunity to just sort of recognize that folks can fit into this in a variety of ways,” Anderson said. “There’s a lot of ways to be safe about it too.”

She said she has talked to many students who feel their sexuality is not reflected in mainstream health education programs, especially in high school.

Senior Carter Kohler said that an open conversation like this is important to have on campus because most people are not being properly educated about non-heterosexual, or heterosexual, safe sex.

As a member of the Spectrum club community, they said they and many others in the community feel they are not being properly educated on safe sex.

“A lot of people in that community feel even more left out,” Kohler said. “Even if we did get some sex education in some form, it’s generally lacking in anything that has to do with us.”

Anderson said that in order to include all communities in sex education classes, educators must discuss options for people of all sexualities.

“Sexuality and sexual health isn’t just about STI and STD prevention and birth control and pregnancy options,” she said. “It’s so much about recognizing people; who they are, their experiences.”

Freshman Harley McKenzie said that they were glad this workshop was brought to the college because it is often awkward to discuss sex. They said having this space to discuss it made them more comfortable asking questions about sex.

“I feel like even in a place like this, I’m nervous to ask a certain question, that means that definitely, we’re not going to go out and seek answers,” McKenzie said.

Anderson said the open, interactive conversation style is used by Planned Parenthood for more comprehensive sex education because participants are more comfortable when they and their peers are in that type of environment.

“When peers are able to teach each other, I think it’s so much more powerful,” Anderson said.