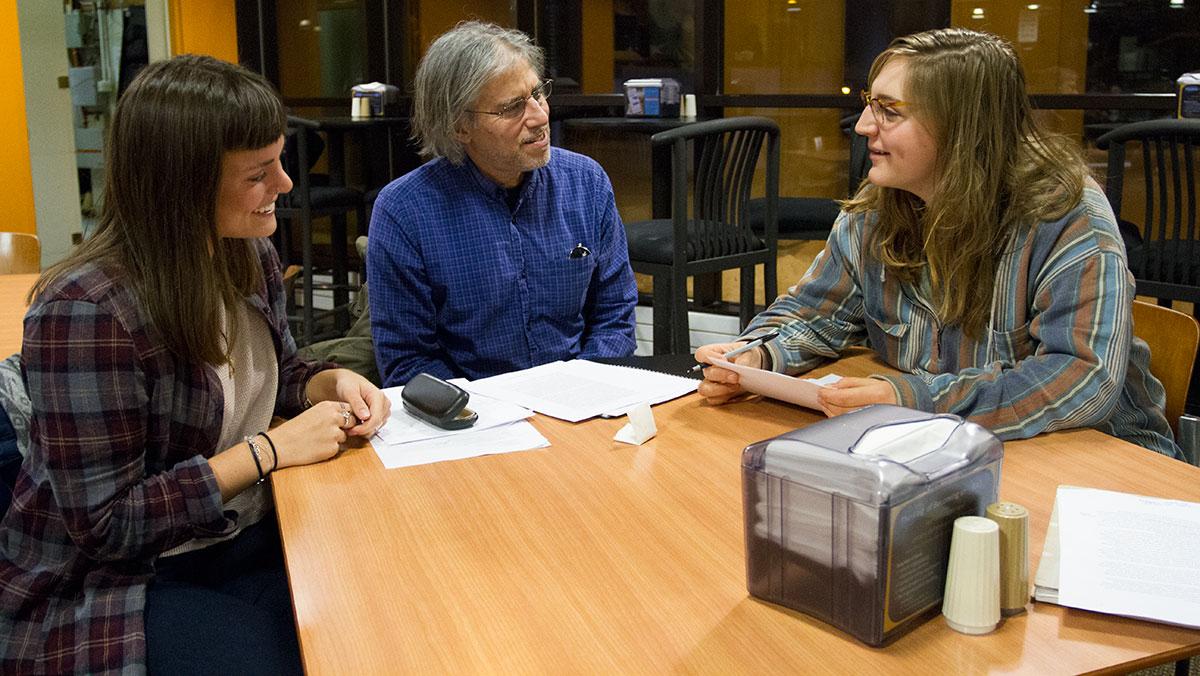 When junior Luke Heisinger graduates next year, his degree will be in planned studies, however, his education will have been completely different from every other Ithaca College students’.

Heisinger first heard about the planned studies program freshman year as an exploratory major.  His interest in helping others propelled him to tailor an international health, social engagement and communication degree, which, he said, combines three areas of public health, organizational management and intercultural communication.

“I had a specific desire to work in the international nonprofit sector, do international mission work and medical relief,” Heisinger said.

He said one of the hardest parts about the process is picking out the different courses pertinent to the major and discussing the various options with members of the advisory board. Even as a planned studies major, he said, prerequisites apply, which means the student isn’t allowed to skip a certain class that is required for the student to take before another class that is directly related to the student’s program of study. As a result, the student has to decide on a schedule of classes that will fit in time for graduation.

“It was pretty intimidating because you work so close with these professors talking through your ideas, and they’re suggesting a ton of awesome classes that you want to take, but you realize that you don’t have the time to,” Heisinger said.

While many students create their own major through the program, others use the program as an outlet to pursue majors already existing at other colleges. As a sophomore exploratory major, senior Jacqueline Bilski decided on a degree in holistic psychology, which she said addresses the way the mind, body and spirit are all connected. As a result, Bilski has taken classes ranging from Wellness: Multicultural Perspectives on Health and Healing to expressive arts classes like African Drumming and Dance Ensemble and a study abroad in India where she learned about traditional Indian medicine with The School for International Training.

“It’s still science-based but focuses a lot on wellness and how art and expressive art and yoga and meditation can just make you healthier and happier,” Bilski said.

As a second-semester sophomore, senior psychology major Isabelle Glass decided to pursue educational studies, which she said analyzes the impact of social standing or cultural background on education.

“It focuses on the way in which politics and systemic structures like racism, classism, sexism, affect how people learn in the classroom,” Glass said.

Students interested in the program have to complete a rigorous application process and are encouraged to meet with Jerry Mirskin, associate professor and planned studies coordinator. As the coordinator of the program, he said his role is to help students develop a concrete proposal that reflects their interests and can be submitted to the deans of the academic areas that the student intends to pursue for the first round of review.

“A lot of the initial work has to do with imagining what is possible,” Mirskin said. “Although most students come in with a good idea of what they want to do, we try to enhance that development phase by getting other faculty involved.”

After the coordinator has received approvals from the department chairs, the application is brought to the planned studies advisory board, which ultimately approves the application unless the board finds the proposal can be met by combining an existing major with one or more minors. The board consists of 16 faculty and chairs from several departments.

Students are required to complete one year at the college to be eligible for the program, and they can start planning their proposal as early as their first year, but no later than the first semester of junior year. While each planned studies student has a unique curriculum, at the conclusion of the program, all of the students in the program graduate with a degree in planned studies.

“I will be graduating this May with a B.A. in planned studies,” Bilski said.

As part of the planned studies program, students also get preregistered for classes.

“When students are accepted into the program, they are considered planned studies majors and are preregistered into the courses that are required for their major,” Mirskin said.

More than 900 four-year colleges and universities allow students to develop their own programs of study with an adviser’s help, according to an article by The Wall Street Journal. There has also been a growth in the number of organized individualized studies or interdisciplinary programs that allow students to personalize their education, and as the article claims, these programs can help make a student more marketable, as the programs allow students to focus on emerging fields.

Glass said designing her own major made her experience at the college more worthwhile.

“It made my time here feel little more worth it, I think, than I felt when I was declared in a major that I wasn’t enjoying,” Glass added.

Bilski said students who have a true passion for a concentration that is not already offered should look into the program.

“Do it and follow through with it, because it is so important to enjoy what you’re learning,” Bilski said.