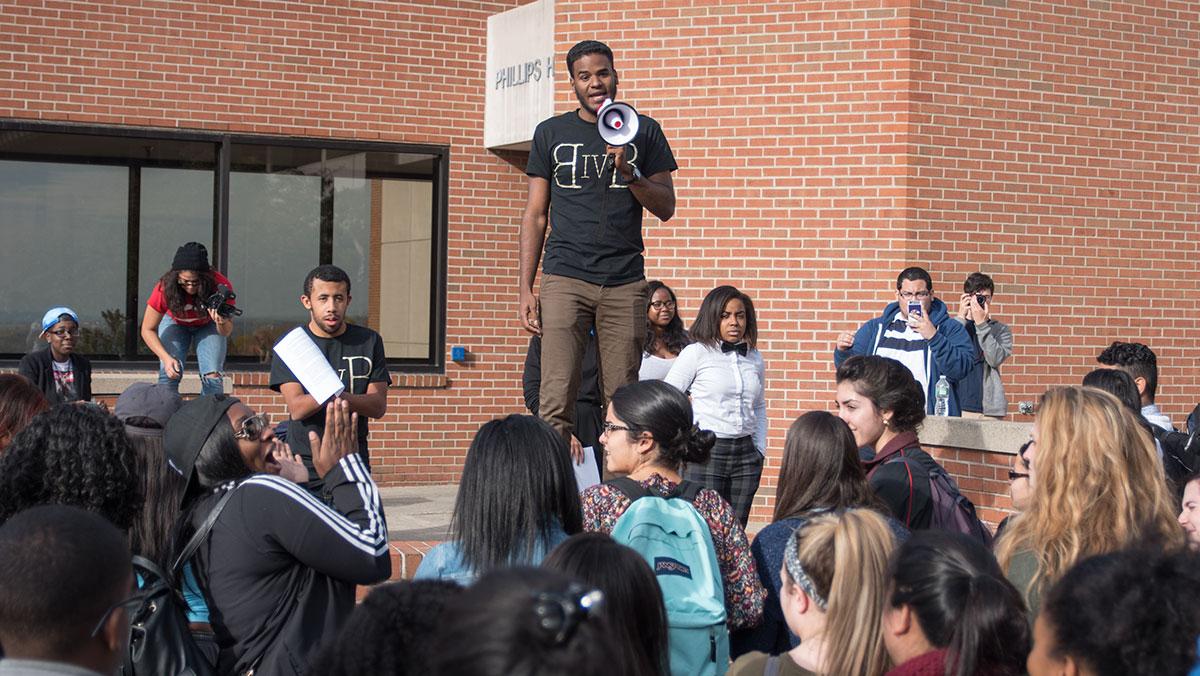 POC at IC will host a “Solidarity Walkout” on Nov. 11 in response to the protests at the University of Missouri and continued racial injustice nationwide, according to a post on its Facebook page. A group at Smith College in Northampton, Massachusetts, will be hosting its own walkout at noon Nov. 11 in partnership with POC at IC, according to a Facebook event called “Smith Stands with Ithaca and Mizzou.”

POC at IC stands for People of Color at Ithaca College, a group that was formed in response to recent racial tensions at the college. The group created its Facebook event Nov. 9, which has 536 people listed as “going” and another 1,700 people invited at time of publishing. This comes the day after Faculty Council voted to hold a vote of no confidence in Tom Rochon. Additionally, the college’s student body is holding a no confidence vote.

The walkout is scheduled to begin at 1:30 p.m. at Free Speech Rock. It is unclear whether the rally will move from that location.

In a statement included in the post, POC at IC said: “We will be walking out for all the injustices students of color face on this campus and other colleges nationally. With University of Missouri’s president stepping down, we demand Rochon to do the same as it is vital to fight against both covert and overt racism in all places of education and empowerment. All students, faculty and staff are strongly encouraged to participate and walk out to Freedom Rock.”

The event was posted to Facebook shortly after POC at IC shared a link to a New York Times article covering the protests at the University of Missouri that led to the resignation of the University System President Tim Wolfe and Chancellor R. Bowen Loftin.

POC at IC showed its support for the movement at Missouri and for Wolfe’s resignation and demanded that Rochon “follow suit.”

Students and student groups from universities and colleges across the nation have responded to POC at IC’s event by posting messages of support for the event. Among the supporters are students from Ohio State University, Wells College, Syracuse University and the University of Maryland.